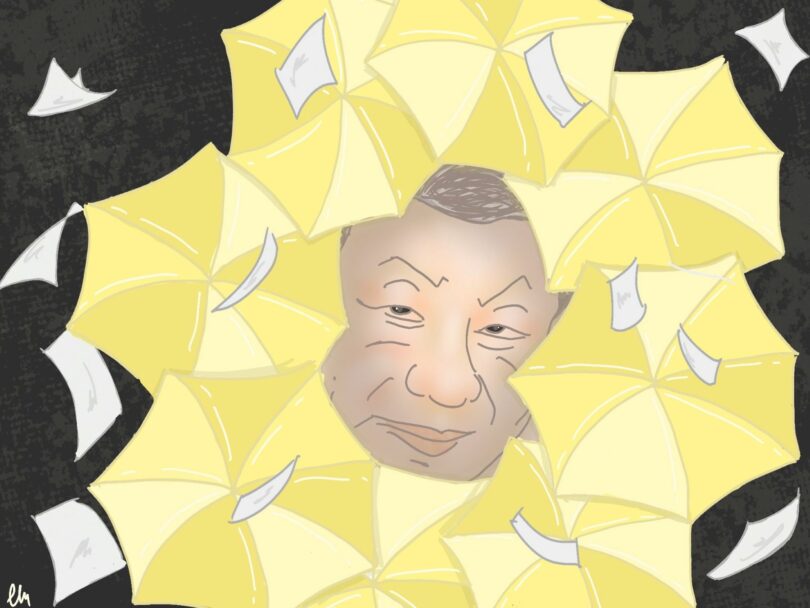 HONG KONG  – China’s ‘white paper’ movement is unlike any other protest. Since the Tiananmen massacre in 1989, the Chinese government’s crackdown on civilian disobedience, freedom of expression and political opposition has only worsened.

In Hong Kong, the Chinese Communist Party’s tightening grip endangers its high degree of autonomy, causing a mass exodus of Hongkongers in the past few years.

What is the ‘white paper’ movement?

The current student-led protests against the Chinese government’s inhumane ‘zero-Covid’ policy and the fight for free speech and democracy are therefore an incredibly brave move by the Chinese people.

In recent weeks, Chinese citizens have gathered in large protests, even calling for President Xi Jinping to step down. Some protesters have been holding blank sheets of white paper in defiance of the government’s repression of free speech.

The widespread support for the protesters across the country and around the world, with similar protests erupting from Taiwan to Tokyo to London, marks the initial success of the current uprising.

But why aren’t these protests happening in neighboring Hong Kong?
Although a couple dozen of people – mostly university students from mainland China – recently took to the streets in Hong Kong, support for the movement was negligent compared to the 2019-2020 Hong Kong protests.

Hong Kong certainly does not lack a pro-democracy support base, especially among its younger population as seen by the active role played by university and high school students in the mass protests two years ago.

Then what is stopping Hongkongers from aligning themselves with the Chinese mainlanders in this rare occasion of civil uprising?

Isn’t Hong Kong part of China? Is it an island like Taiwan? What’s the difference between Hongkongers and Chinese mainlanders?

Each of these questions can be expanded to a dissertation on its own, but the following should offer outsiders a brief understanding of the complicated relations between China and Hong Kong.

While Hong Kong is technically part of China, it is not just any other city in China.

The Hong Kong Special Administrative Region has enjoyed a high degree of autonomy since 1997, when Britain returned it to the People’s Republic of China, marking an end to 156 years of British colonial rule.

But as with many other cases of colonialism, the culture of Hong Kong was largely shaped by British colonists.

From the common law system to the bilingual mandatory teaching of Cantonese Chinese and English at school, legacies of British colonialism have brought about great differences between Hong Kong and China — thus the use of the term ‘mainland China’ to exclude dependent territories such as Hong Kong and Macau.

Despite the Chinese government’s attempts to reintegrate Hong Kong into the motherland, colonial influences and cultural differences impede such efforts.

Additionally, political and ideological conflicts between Hongkongers and the Chinese Communist Party – exacerbated by the party’s eager encroachments to control Hong Kong’s legislative council and the recent implementation of the National Security Law – prompted lingering colonial sentiments among some Hongkongers and a turn to the outside world for support.

Tensions between mainland China and Hong Kong reached an all-time high during the 2019-2020 protests in Hong Kong.

While there have always been cultural clashes between mainlanders and Hongkongers, such clashes are made political by the fierce online debates between pro-democracy Hong Kong protesters and ‘patriots’ from mainland China — the so-called ‘Little Pinks’ (小粉紅 xiǎo fěnhóng) and the ‘50-cent Gang’ (五毛 wǔmáo).

Many of these nationalist digital warriors not only supported the brutality of the Hong Kong police – against peaceful protesters – but their defamation and accusations against Hong Kong protesters also hindered their fight on the international front at the time. Their actions fueled even more anti-mainlander sentiments among Hongkongers.

In response to the ‘white paper’ movement, some pro-democracy Hongkongers are standing with the Chinese people, but others are bearing past grudges and distancing themselves from the movement.

I understand the anti-mainlander sentiments among these Hongkongers, but it is important not to conflate the people with the regime.

As with the situation in Russia when the war broke out in February this year, I believe that not every Russian partaking in the war effort, directly or indirectly, supported the Kremlin’s invasion of Ukraine. It is a sly but intelligent tactic of totalitarian regimes to deceive their citizens of the real situation by spreading misinformation and obstructing communications between their peoples and the rest of the world.

Many of the Little Pinks and 50-cent Gang are ordinary citizens in mainland China, so who is the mastermind behind them?

The ‘Great Firewall of China’ prevented mainlanders from understanding the true situation in Hong Kong during the 2019-2020 protests. But even if they knew what was happening at the time, messages supporting the protesters were probably filtered out before they were sent off.

Similar to us Hongkongers, many Chinese mainlanders are victims of the communist party, manipulated by the regime and the misinformation it spreads.

Likewise, the grievances of the mainlanders towards the government could not reach the outside world, either.

The Chinese public gets only official government news and official social media, so private communications with family and friends are the only place where they might find criticism of the government.

Western social media such as Instagram, Twitter and Facebook – and websites of Western news organizations – cannot be readily accessed by ordinary Chinese citizens unless they use a VPN, or virtual private network.

Thus, despite being just across the border, many Hongkongers are unaware of the actual political situation within mainland China. An average Hongkonger’s understanding of what’s going on in mainland China wouldn’t be much different from that of an average Westerner.

An opportunity for a united front

Many Hongkongers used to hold the view that people in mainland China were ignorant, subservient and cowardly to the regime.

But the ‘white paper’ movement suggests otherwise, as the world witnesses some of the most courageous and open protests against the Chinese Communist Party since 1989.

Many Chinese people have not only awakened from their deception, but are also standing up to the regime. The reluctance of Hongkongers to support the movement, however, is only advancing the party’s efforts to control the Chinese people.

Sadly, we are witnessing a re-enactment of the misunderstandings of the protests in Hong Kong two years ago.

Despite garnering huge support locally and globally, Hongkongers unfortunately lost much of the battle in real terms.

It is too early to make any conclusions about the ‘white paper’ protests in China, but if there is anything that Hongkongers can offer, it is their perseverance in their own long-standing fight against the regime’s oppression. — but not against the Chinese people.

Joanne Yau is a Junior Reporter with Youth Journalism International from Hong Kong. She wrote this analysis.

Christine Marinho is a Junior Reporter and Senior Illustrator with Youth Journalism International from Texas, U.S.A. She made the illustration.

Joanne Yau is a Junior Reporter with Youth Journalism International from Hong Kong.