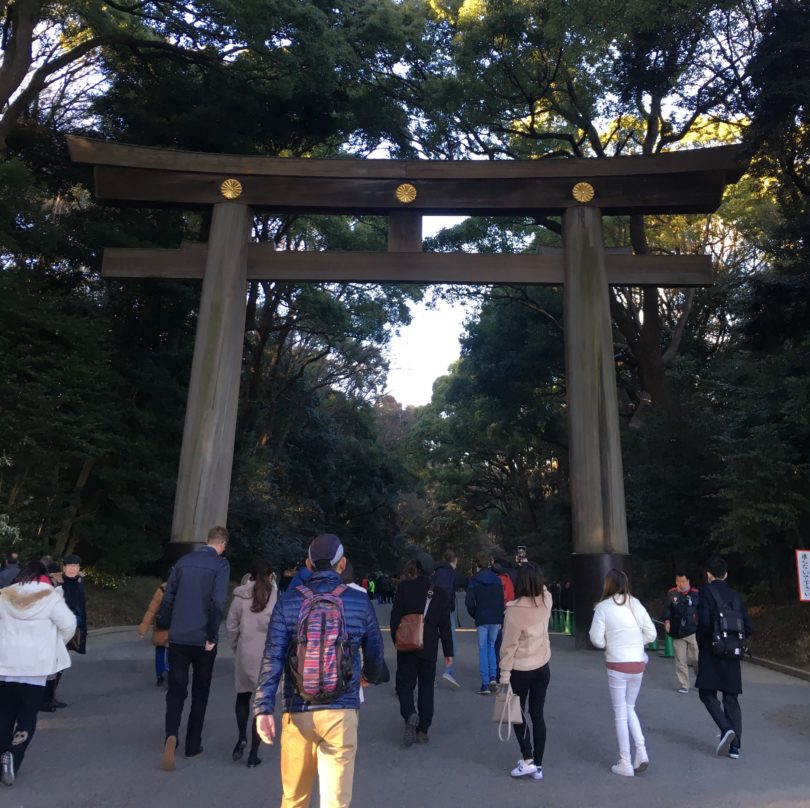 People walk to the Meiji Shrine in Tokyo. (Ema Fukutani/YJI)

Yokohama, Kanagawa, JAPAN – The people of Japan saw something rare recently when Emperor Akihito abdicated and a new emperor ascended. This historical change began the new imperial era of Reiwa.

A normal holiday around the beginning of May called Golden Week was extended to celebrate the great event.

People in Japan happily enjoyed the longest holiday ever.

A change in emperors and the ushering in of a new era is significant here.

The new imperial era is named Reiwa, which in English means “beautiful harmony.”

Imperial era names had been always taken from Chinese classical literature, but this era is different.

The word Reiwa is from a Japanese classical anthology for the first time. The anthology is called Manyosyu, and it is the oldest existing one in Japan.

An imperial name is very important for Japanese people. A lot of official documents – including driver’s licenses – use this Japanese style of calendar, as well as the Western one, when listing dates.

That’s why there were a lot of events surrounding the imperial name change.

There were TV shows which looked back on what had happened during Heisei, the former era. Countdown parties were held around cities and some people went camping to see the first sunrise in Reiwa.

The new era even led to a boost of marriages. A lot of couples started their new lives together at the beginning of the new era.

During the long holiday, a lot of ceremonies were held at the Imperial Palace due to the abdication of the former emperor and the enthronement of the new emperor.

In a 2016 video message, Emperor Akhito told the people of his intention to step down because his age was making it difficult for him to continue his busy official duties.

There are no clear rules about abdication in the Constitution or the Imperial Household Law, so a one-time abdication law was enforced for Emperor Akihito. In Japan’s long imperial history, there have been only 59 emperors who had stepped down while alive.

The last example was the abdication of Emperor Koukaku in 1816 in the Edo period. The ritual of abdication was held in the Imperial house for the first time in the constitutional government. The government and the Imperial House Agency had deliberated on how to make the old tradition compatible with symbolic monarchy in the Constitution.

For example, Emperor Akihito did not touch the Imperial Regalia of Japan so that people would not misunderstand that Emperor Naruhito was crowned by the former emperor.

The rituals regarding the new emperor’s enthronement will be held in October,  a continuation of a celebration year for the new era in Japan.

There are still some issues left unsolved, however. The number of family members of the Imperial House will be likely to continue to decrease, leaving fewer possible heirs.

Besides, the aging of emperors like Akihito will be also a problem in the future. The government will consider solutions, including the establishment of a female imperial branch to guarantee stable imperial succession. It’s not yet clear how that would be received.

Ema Fukutani is a Junior Reporter with Youth Journalism International.

Ema Fukutani is a Junior Reporter with Youth Journalism International from Yokohama, Japan.