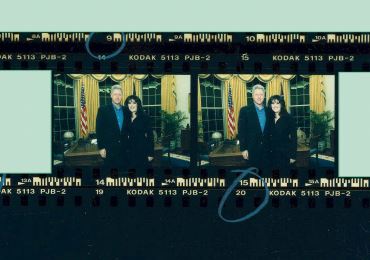 On September 14, Hillary opened the paper to something that none of us can even imagine.

USA Today, for instance, ran a special section on the president’s relationship with Ms. Lewinsky and even went as far to include a labeled diagram of where and when Mr. Clinton met up with his mistress.

The only way that I personally will forgive the president is if Hillary does. Otherwise he should step down.

I envision her forgiving the president something like this: they both step out of the chopper onto the White House lawn. Hillary has her hand wrapped in ice and Bill is attempting to comfort his black eye with his hand. Hillary coolly steps up to the podium and says, “He’s forgiven.”

After, she proceeds into the White House, closing the door behind her so that Bill can have some privacy while he answers another barrage of questions from the anxious assembled media.

If Hillary forgives him, without any sort of serious reprimand, she will be the biggest loser on the face of the earth. She has been stepped on repeatedly.

As it appears now, they will get a divorce as soon as Mr. Clinton’s term in office is up, she will look like she is a fool twice over. Being a lawyer, Hillary has had her battles in courts, and I say she goes for the win with this one.

If she doesn’t, let Socks, the president’s cat, take office. There’s at least one thing we’re sure of — he’s fixed.

Jonathan Theriault is a Reporter for Youth Journalism International. 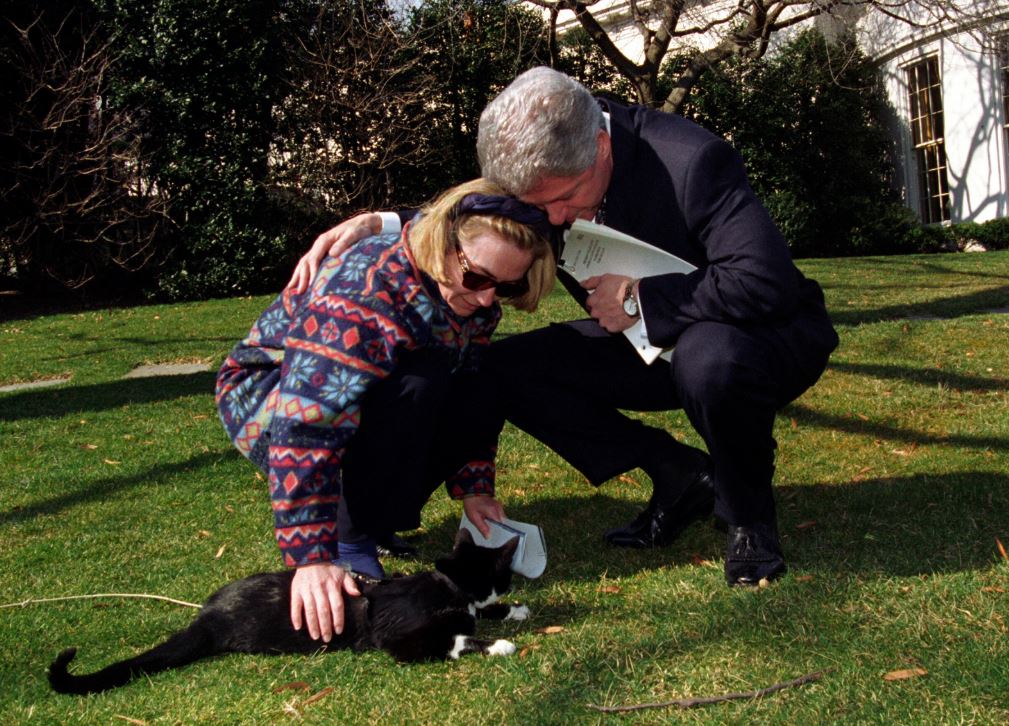 This story appeared in print as follows: 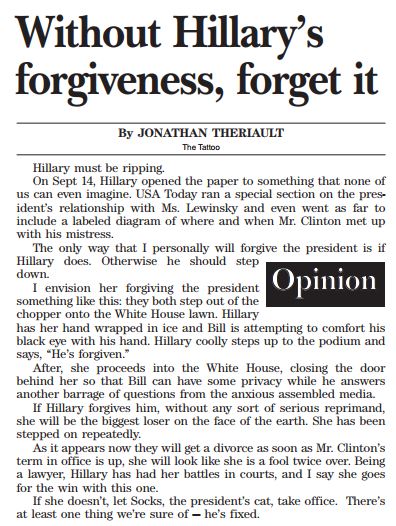