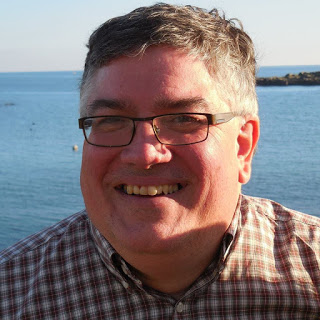 Twenty five years ago, as a young reporter, I sat in an Upstate New York courtroom where a judge ordered me to hand over a leaked hospital lab slip that showed a state trooper had been drunk during a late-night crash. When I refused, I thought I would wind up behind bars, the culmination of a months-long drama that forced me to confront both the best and worst parts of my chosen profession. In the end, fortunately, I dodged jail time without giving in.

Now, no longer young, I once again face a moment that calls for me to put my own needs aside and to stand once again for principle.
I work for a man, Michael Schroeder, who in 2009 bought the small daily that has employed me for two decades at a time when the future of The Bristol Press looked dim. He came in promising to shatter old ways and to help push the financially troubled paper to new heights. As is so frequently the case with newspaper publishers, his rhetoric didn’t mean much. By 2011, my wife – a superb fellow reporter who’d been at my side the whole time – quit in disgust after Mr. Schroeder cut a deal with a major advertiser, the local hospital, to keep a damaging news story under wraps. Because she could not let the community know the local hospital had fired all of its emergency room physicians, my wife, Jackie Majerus, handed in her resignation. It means very little to be a reporter if you cannot report the news. I stayed on, though, continuing to write about government and politics, because we could not get by without any paycheck.

Jackie has spent most of the past four years as the unpaid executive director of an amazing charity we created, Youth Journalism International, which teaches students across the globe about journalism. They write stories, take pictures, draw cartoons and so much more. For the past 22 years, it has been a labor of love for us both, a constant infusion of idealism and some incredible work on everything from Hurricane Katrina to Boko Haram. One of the things we emphasize is that journalism is not just a career, it is a calling, that it requires those who join its ranks to stand up for what’s right even when it is difficult.
I have watched in recent days as Mr. Schroeder has emerged as a spokesman for a billionaire with a penchant for politics who secretly purchased a Las Vegas newspaper and is already moving to gut it. I have learned with horror that my boss shoveled a story into my newspaper – a terrible, plagiarized piece of garbage about the court system – and then stuck his own
fake byline on it. He handed it to a page designer who doesn’t know anything about journalism late one night and told him to shovel it into the pages of the paper. I admit I never saw the piece until recently, but when I did, I knew it had Mr. Schroeder’s fingerprints all over it. Yet when enterprising reporters asked my boss about it, he claimed to know nothing or told them he had no comment. Yesterday, they blew the lid off this idiocy completely, proving that Mr. Schroeder lied, that he submitted a plagiarized story, bypassed what editing exists and basically used the pages of my newspaper, secretly, to further the political agenda of his master out in Las Vegas. In sum, the owner of my paper is guilty of journalistic misconduct of epic proportions.
There is no excusing this behavior. A newspaper editor cannot be allowed to stamp on the most basic rules of journalism and pay no price. He should be shunned by my colleagues, cut off by professional organizations and told to pound sand by anyone working for him who has integrity.
So I quit.
I have no idea how my wife and I will get by. We have two kids in college, two collies, a mortgage and dreams of travel and adventure that now look more distant than ever.
But here’s what I know: I can’t teach young people how to be ethical, upstanding reporters while working for a man like Michael Schroeder. I can’t take his money. I can’t do his bidding. I have to stand up for what is right even if the cost is so daunting that at this moment it scares the hell out of me.
I hope that my profession can somehow lend a hand. Take a look at what we’re doing at Youth Journalism International and maybe we’ll get some new donors who have as much faith in the future of journalism as we do. This is a truly outstanding nonprofit that should be paying my wife a salary for her countless hours of work.
As for me, I am sorry to give up on my coverage of Bristol. I feel a part of the fabric of the community after covering it since 1994. It has so many wonderful people and much to offer. But I think those I know there will understand why I’m doing this and, I trust, support my decision.
Whatever happens, I am going to hold my head high and face the future with resolve. Journalism is nothing if we reporters falter and fade. We are doing something important and men such Mr. Schroeder and Mr. Adelson – no matter how much money they can toss around – cannot have their way with us.
***
Want to help Steve and his wife continue
their work for Youth Journalism International?
Make a tax-deductible donation.
All contributions help and are greatly appreciated.
www.HelpYJI.org