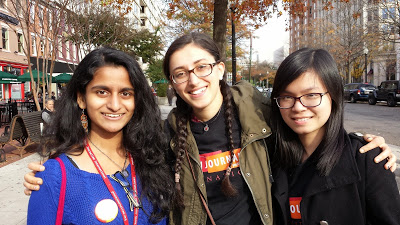 Last week, six young people who were strangers to each other met in Washington, D.C. through Youth Journalism International and emerged as colleagues and friends.

Coming from vastly different backgrounds, they put aside any differences and shared personal stories and experiences. 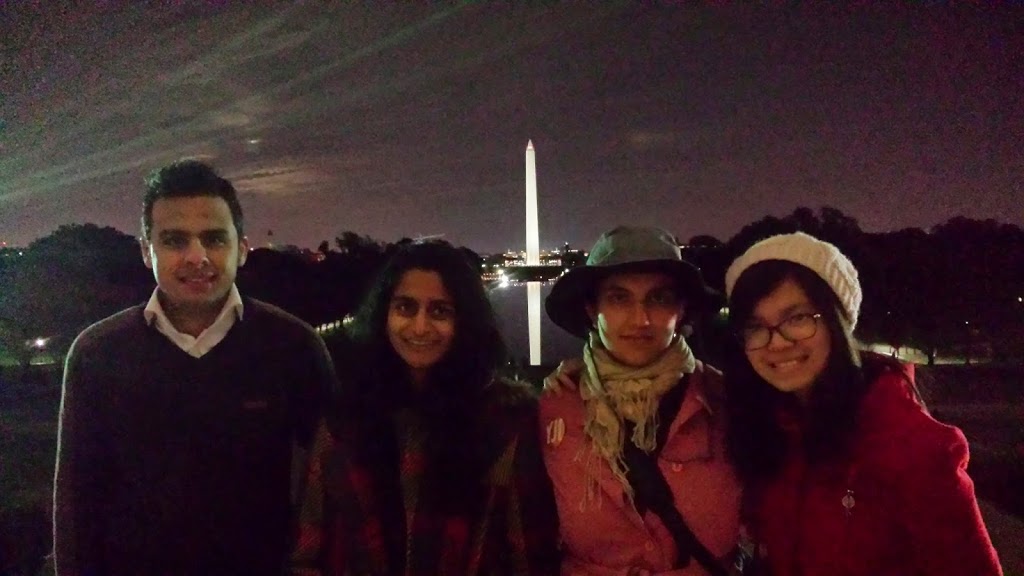 Mirwais Kakar of Kabul, Afghanistan, Mugdha Gurram and Hila Yosafi-Lehman of Connecticut and Van Nguyen of Hanoi, Vietnam stand on the steps of the Lincoln Memorial with the Washington Monument and the Reflecting Pool behind them. (YJI)

They bonded over pandas at the National Zoo, bravely tried new foods, posed in front of presidential monuments, checked out Chinatown and saw part of the Berlin Wall up close at the Newseum.

A lot of people helped make this happen. Inspired by our Toronto Tour 2014 in June, two generous donors this fall bought YJI a beautiful van to safely carry students wherever the story takes us.  They want to remain anonymous, but everyone here at YJI is grateful for their generosity. 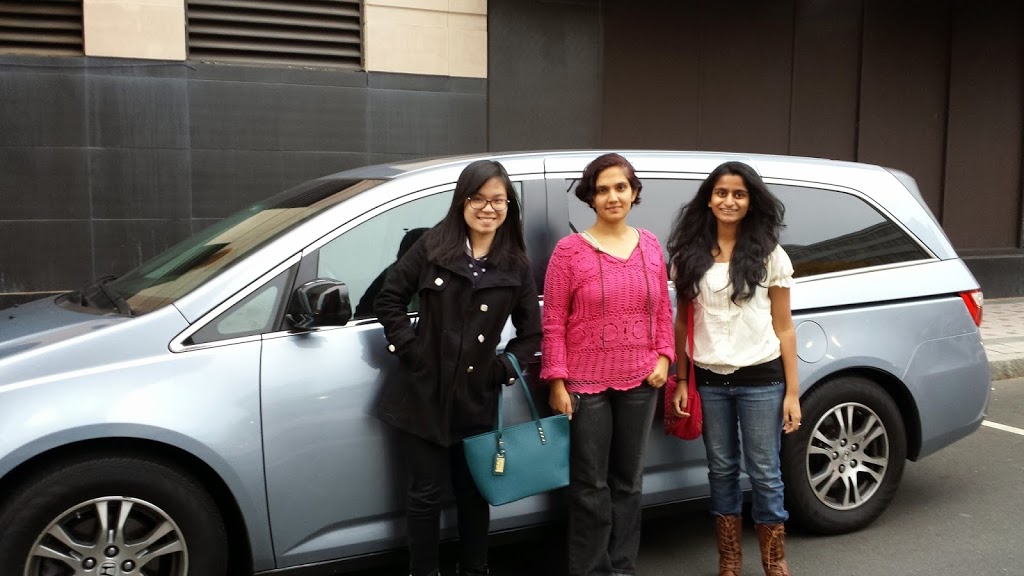 Van Nguyen, Hila Yosafi-Lehman and Mugdha Gurram with the YJI Mobile, ready to drive from Connecticut to Washington, D.C. (YJI)

Another key supporter donated funds for a hotel room that was shared by two adult advisors and two students, making it possible for us to stay at the conference.
Gifts from other donors paid for conference fees, fuel and tolls. 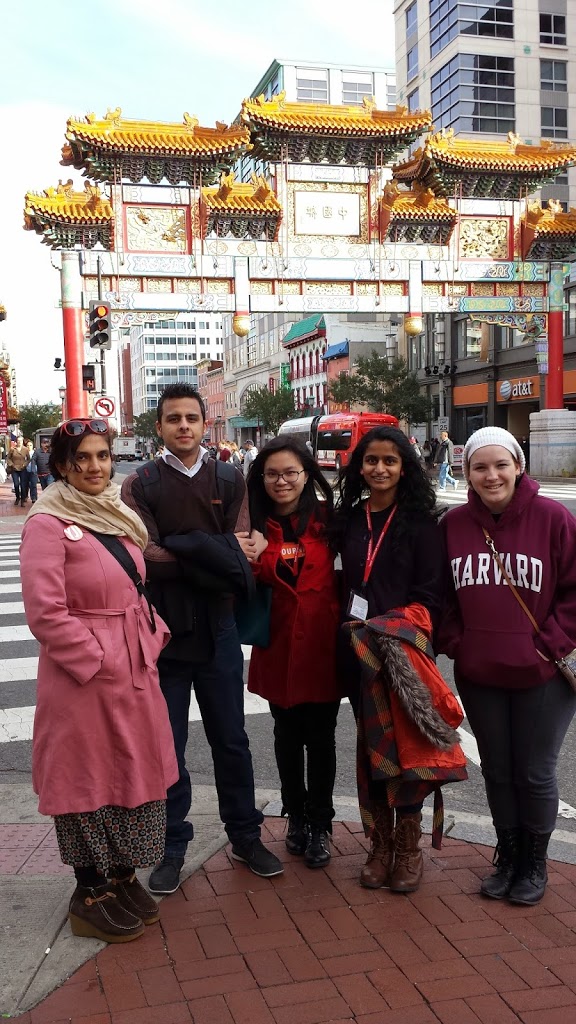 The journey, which Connecticut student Mugdha Gurram called “amazing,” couldn’t have happened without that help.

Attorney Hila Yosafi-Lehman, a YJI alum and Ambassador, took time off from her job to travel with the students and help YJI Executive Director Jackie Majerus guide them in Washington. At the conference, students met YJI Ambassador Michelle Harmon, a journalism teacher in Boise, Idaho. 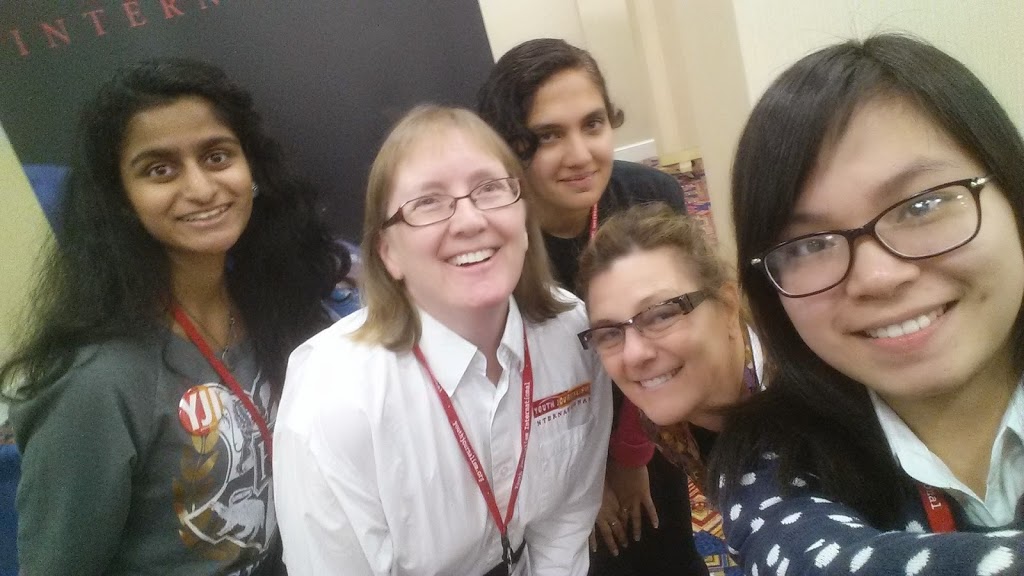 We’ve called YJI a “peace factory,” because in addition to teaching journalism skills like interviewing and reporting and helping students polish their writing, Youth Journalism International builds bridges of understanding between young people of different cultures, religions, races and nations. From there, valuable friendships grow and flourish. 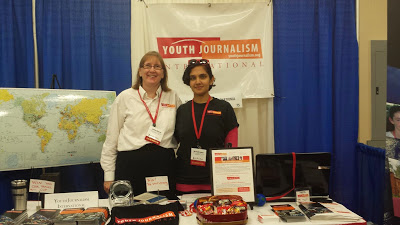 While our destination was the fall conference of the National Scholastic Press Association – and students absorbed a lot of exciting lessons and came away inspired – they agreed that meeting and getting to know each other was even better.
As one of our travelers, Van Nguyen of Hanoi, Vietnam, said, “I can feel the warmth of a family here.”
Watch this space in the coming days for news stories and first person accounts from Mugdha, Van and others about their adventures in Washington. 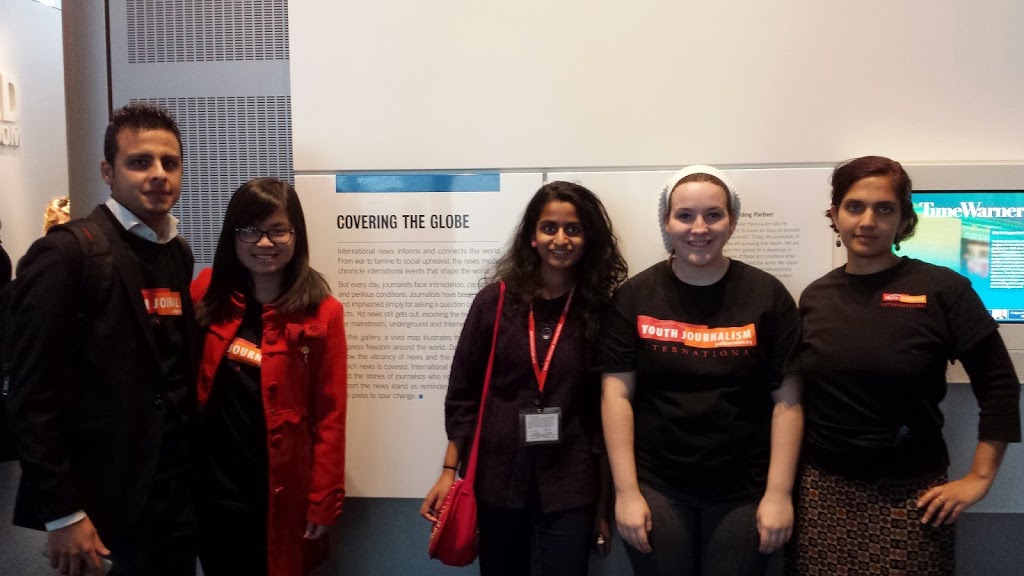