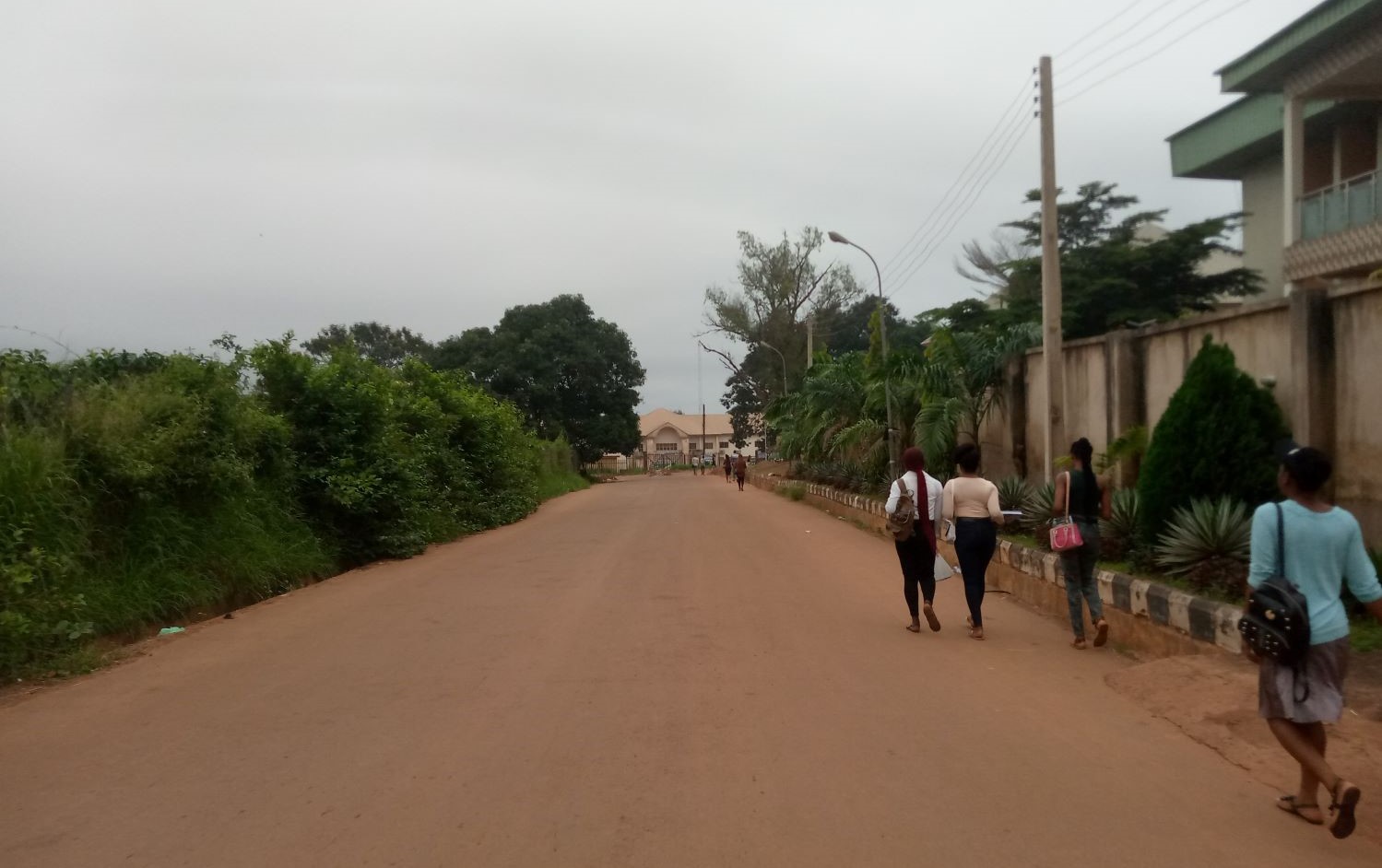 Women walk along a road in Nsukka, Nigeria. (Chinalurumogu Eze/YJI)

Nigeria approaches sexual assault differently than in some parts of the world, where abuse and harassment are also considered criminal.

“Our culture has battered the concept of sexual assault,” said social worker Amarachi Ejim, who is founder and president of Girl Power Movement, a non-governmental organization serving women in Nigeria.

“It’s heartbreaking that most Nigerians think that the only sexual assault is rape.

“This attitude makes people ask rape victims “stupid questions like ‘why they were raped’ and ‘what they were wearing,’” Ejim said.

“In Nigeria, passersby in the form of older women or men will harass a girl for showing a lot of skin.”

According to Ejim, embarrassing a girl because of what she is wearing and abusing her is a type of sexual assault.

“But this is the global sense of sexual assault,” she added.

If everyone acts humanely and protects the sexuality of each person around them, it can go a long way to curb sexual assault, she said.

“Assailants must be brought under the law and punished severely,” she said vehemently.

Amarachi said she’s sad that some of the counseling centers that could offer help are not well known.

She urged victims of sexual assault to turn to the hospital for an immediate help.

“Our men should find a way to control their libido,” she said.

But sex drive isn’t at the root of rape, according to a report on violence and health by the World Health Organization.

“Coerced sex may result in sexual gratification on the part of the perpetrator, though its underlying purpose is frequently the expression of power and dominance over the person assaulted,” the report said.

The victims of sexual assaults do not usually open up to other people, and Girl Power Movement tries to offer support.

The organization offers mentorship and makes skills available to some of the impoverished victims.

Ejim’s Christian faith is at the core of her work. She said she approaches victims with the thought of leading them to Jesus Christ.

“My team and I trust in the Lord and the spirit of God to help them stay in the salvation offered to them. And this is how healing starts,” she said.

Chinalurumogu Eze is a Reporter with Youth Journalism International.