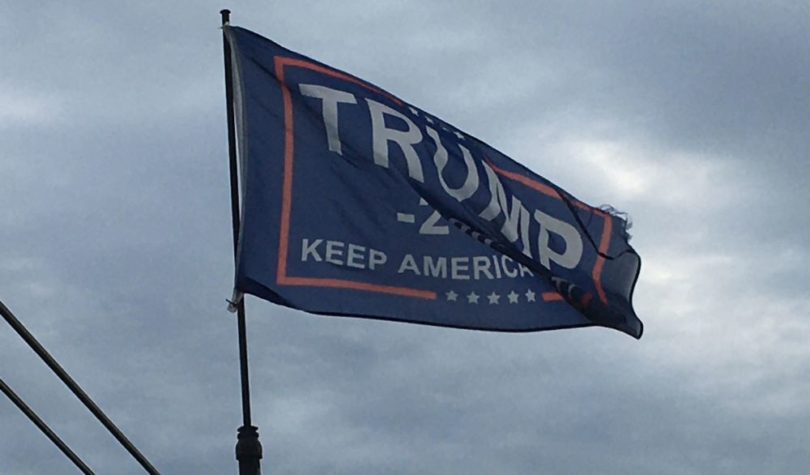 Clarksburg, Maryland, U.S.A. – My family started a kind of lockdown in mid-March due to the raging coronavirus pandemic. Now, we’re back inside, cooped up in our home. This time, it’s not because of covid-19.

Since August, the news has been on constantly in my living room, my parents and I watching for anything that might mean danger.

As a brown family living less than an hour away from the nation’s capital, we’ve been on edge for awhile now.

My dad and I saw Trump car parades for weeks as we drove to Washington DC, shuddering as the people drove by us.

Protests in the capital have led to people being stabbed and physically and verbally attacked.

Men and women wearing shirts supporting the Proud Boys and the KKK stood feet away from my father’s office building, watching us with hateful glares as he retrieved his laptop.

We have been ordering groceries to our door and running on our treadmills instead of outside.

Our fridge is stocked with enough food to sustain us for a week, until we can hopefully emerge without fear coursing through our veins.

The Trump 2020 signs in my neighborhood used to perturb me. Now, I live in fear that my neighbors could harm my family.

It’s become certain that civil unrest and violence will ensue no matter which way the race goes. And fights over ballots could leave a final outcome uncertain for days or even longer.

If Trump gets another four years, emboldened white supremacists could commit hate crimes, and if his challenger, Democrat Joe Biden wins, those same people could attack people of color and members of the LGBTQ+ community as protest.

I used to think of my grandfather’s slight Indian accent and my grandmother’s saris as a reminder of my heritage. They made me proud of my family’s history.

Now, I fear for them every time they speak our native language around other people, any of whom could hurt them.

Announcements from white supremacist groups on social media gearing up to attack people of color and members of the LGBTQ+ community in my area have had us scared to even go to the grocery store during the days leading up to the election.

Our daily walks have ceased and our pizza is delivered to us even though the store is less than a five-minute walk away.

It’s terrifying to know that a danger I thought was so far away and foreign is now directly impacting my life. I never believed that my brown-ness would deem me unworthy of life to some people – or that my president would actively support them.

As my family continues to live in fear, stuck in our home, I can’t help but wonder how can the man leading our nation – a country built on diversity and coined as a ‘melting pot’ – publicly support people willing to take away the rights of millions.

But more pressingly, how can millions of Americans still vote for him?

Sreehitha Gandluri is a Reporter with Youth Journalism International.