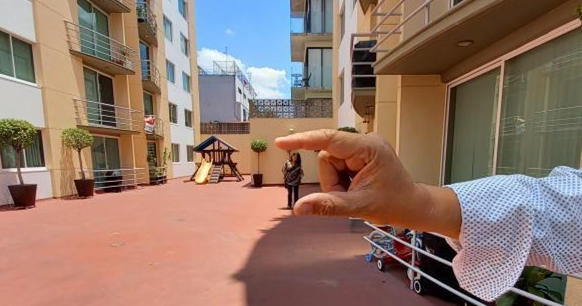 “Machismo: Attitude of superiority of men with respect to women.”

What is life like when your culture is against you?

The concept of men being superior to women spans across the world. In Latin America, the concept – known as machismo – affects the lives of women, never allowing them to forget that they are considered inferior.

Youth Journalism International interviewed young women in both Colombia and Mexico about the impact of machismo on their lives.

According to the women interviewed, the first time they experienced machismo was in their own homes.

They remembered having to clean up the table while their brothers went outside to play, or not being able to do an activity because, they were told, “It’s too complicated for you.”

Machismo is rooted in society in a way that becomes normal, until you aren’t able to realize it’s happening.

“There isn’t a specific moment when I started to realize the existence of machismo, it was the accumulation of comments and actions in daily life that makes the preference for men in society obvious,” said Mariana Ramirez, 18, from Bogotá, Colombia.

What happens when you try to speak up?

The likely response will be, “You’re exaggerating,” most of the women interviewed said.

“Having a vagina does not automatically make you emotional and hysterical,” said Vanesa Vera, 16, who lives in Mexico City.

This kind of mentality has repercussions for everyone involved. It affects the lives of all women, and how they are perceived by their peers.

Regina Paredes, 17, of Mexico City, said that the ideas linked to machismo started to affect her when combined with the other insecurities she already had.

Machismo also leads to a negative public perception of victims of sexual assault, according to Elisa Preciado, 16, of Bogotá.

“These kind of attitudes lead to blame the victim in situations where there’s assault or to make them feel insecure when they try to do something about it,” Preciado said.

Even though all of this is happening, people are striving for change.

“I’m trying to teach my little sister to not get accustomed to this situation [machismo], and don’t see it as normal like I did,” said Paredes, the Mexican teen.

Young women are looking towards building a society where those barriers created by machismo no longer exist, by breaking old ideas and tackling the current prejudices.