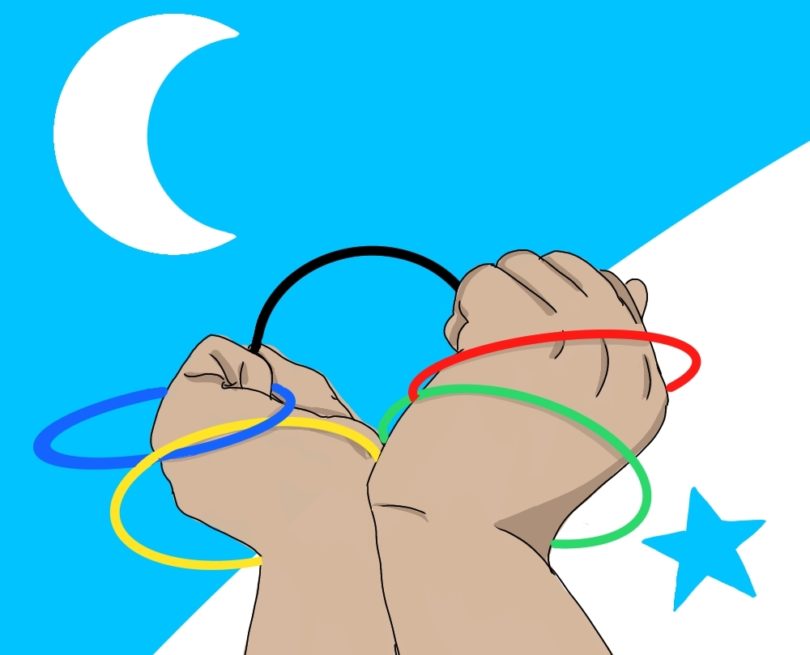 Suffolk, Virginia, U.S.A. – We live in a world that is positively dystopian – a world where the screams of victims are lost amid screams of pleasure – a world where money and entertainment are the most significant motivators, even at the expense of basic human rights and decency. This has been made clear many times, the latest example being the 2022 Olympics taking place in Beijing, China.

As the opening ceremony aired February 4th – as athletes currently compete against their international counterparts and companies such as Samsung and Toyota pour sponsorship money into this world-renowned event – more than a million Uighurs, most of them Muslims, continue to suffer under the hands of the Chinese Communist Party as they have since 2016.

Horrifying accounts from the BBC, Reuters, The New York Times and other news outlets report Uighurs being killed, incarcerated, tortured, raped, forcefully sterilized, enslaved and separated from their children and loved ones. Their houses and mosques are destroyed–simply due to their ethno-religious identity.

Though several countries–including the United States–very recently announced a diplomatic boycott of China and the Beijing Olympics due to these blatant human rights violations, it does not discount the fact that said violations were simply ignored for the past five years by world governments and most of their citizens.

It does not discount the fact that so many of the popular companies we may have financially supported through consumer purchases of clothing, shoes and other items, are complicit and benefited by Uighur forced labor.

It does not discount the impunity we allowed the Chinese government to have throughout that time, and to continue having even today.

But now, as the Olympics take place in the undercurrent of genocide and oppression, we are faced with a choice.

We have the opportunity to overcome our desensitization, to revise our mindsets and to do better. And to do so, we must be willing to examine our priorities and confront our vices. Sure, the Olympics – and sports as a whole – may be important to you, and maybe those brand-name shoes look really nice, but are they truly more important than the human rights of Uighurs to maintain their ethno-religious identities and live in safety and security?

This form of active introspection may be difficult for many of us. It is certainly easier to think about our morality in abstract terms than to look at the concrete way we apply it in the real world, and in the decisions we make. But if we always give in and refuse to face the difficulty of self-reflection and holding ourselves and our leaders accountable, we will never be able to improve, advance, or make the world a better place.

Even then, boycotting the Olympics is the bare minimum. And while boycotting every single company and organization that has proven themselves complicit in the face of the Uighur genocide may unfortunately be near impossible, it is still possible to boycott at least some–if not most–of them, including the Olympics.

It is still possible to educate ourselves on the matter, to contact our government representatives, to spread awareness online and to make our thoughts and voices heard.

We live in a world full of oppression that thrives on the complacent silence – and even participation – of the privileged.

Whether or not it continues is up to us.

Salma Amrou is a Senior Reporter and Senior Illustrator with Youth Journalism International. She wrote this commentary and made the illustration in the text.

Christine Marinho is a Junior Reporter and Senior Illustrator with Youth Journalism International. She made the illustration at the top.