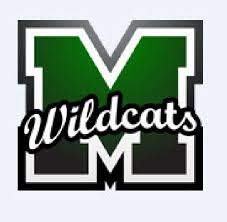 Dearmon’s goals, he said, are “to graduate school, go to Yale, play baseball at Yale, and graduate at the top of my class at Yale, play second base for the Yankees, and make millions of bucks.”

Dearmon is passionate about baseball and it shows. He strives for perfection in all he does, whether it’s on the mound, behind the plate, or in the classroom.

Consistently one of the best high school baseball teams in the area, Dearmon’s team were county and area champs in the 2004-05 season and advanced to the second round of the Alabama state playoffs.

The next year, the team called the state playoffs “home” when they advanced to the second round.

Dearmon himself made the 2004 Choctaw-Washington All-Star team and for the 2005-2006 season, was the junior varsity stolen bases leader.

According to Dearmon, his motivations are his “drive for perfection, my family, and desire to play for the Yankees.”

Asked to describe himself, Dearmon joked, “I’m five-foot-six and totally fine. Brown eyes, brown hair, and the ladies love me.”

Baseball may appear to be all he cares about but sometimes you have to look beyond those big brown eyes.

School is also a priority for Dearmon, who said he wants to be a baseball player and psychiatrist when he grows up.

For years, Dearmon – who balances extra curriculars, schoolwork and sports – has consistently been on the A Honor Roll.

Besides baseball and academics, Dearmon, a freshman at Millry High School in Millry, Ala., is involved as a mascot, teacher’s aide and with the school paper.

Dearmon said his typical day has him getting up at 6 a.m. to bathe, eat, brush his teeth and get ready for school. After working at school, he said, he returns home, watches television, goes to bed, then gets up to do homework.

His strengths, Dearmon said, are “schoolwork, baseball, getting along with the ladies.”

“Talking to ladies that I like,” he said, “and dealing with their boyfriends and trying to stay awake in class.”

Asked to name something about himself that no one else knows, Dearmon said he has “a collection of Jeff Gordon stuff.”

Dearmon had to think awhile when asked what question he would have for the world, if given the chance.

Then he said, “Why is there no word in the English language that rhymes with orange?”

Dearmon has two sisters, one older and one younger. His sister Victoria is 16, he said, and his baby sister Addison is almost three months old.

Since the Yankees are Dearmon’s favorite team, it’s not surprising that he named shortstop Derek Jeter as a role model.

“Derek Jeter and my mother,” he said, “Derek Jeter because he’s one of the best players for the Yankees (my future team). My ma because she raised me all my life and went through a lot to raise me.”

Mallory Mitchell is a Reporter for Youth Journalism International.