KABUL, Afghanistan – Jamil sits in the middle of the road in front of a government ministry in Kabul every day hoping that people walking by will show him some charity.
“I have suffered a lot,” said Jamil, who is in his early 20s. Disabled by war and unable to work, he said, “I need protection and care from the government.” 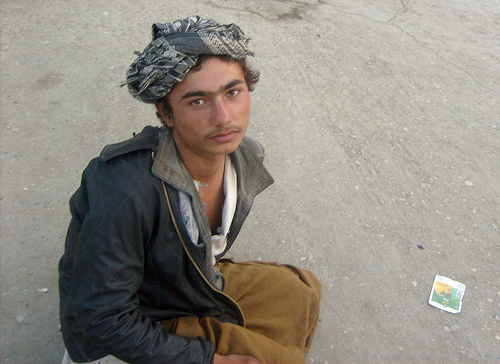 So when voters head to the polls Thursday for Afghanistan’s second presidential election, Jamil has as much at stake as anyone in the outcome.
“I would definitely use my power to vote for the candidate of my choice,” Jamil said.
The estimated 17 million eligible voters in the country would have a long list of candidates to choose from, with 32 contenders on the ballot for the post of presidency of a country that is still struggling to find peace.
Most of the candidates are considered unsuitable to attract many votes and were supposedly nominated to gain political visibility and then come into allegiance with the main contenders, as several have done.
The field of presidential hopefuls includes a range of backgrounds, including former Mujahidin fighters, academics, women and people with different ethnicities and ideologies.
In their campaigns, they defended their own agenda as the best approach for Afghanistan’s prosperity, touting campaign slogans such as “ A New beginning,” “Change and hope,” “Positive change,” and “Rule of law,” to name only a few.
The walls around the capital are painted with ads for the candidates and billboards are holding more election posters than commercial ones.
Since the ouster of the Taliban regime by American forces in late 2001, Afghans have continued to face enormous challenges: insecurity, corruption, poverty, unemployment, education, civilian casualties by international forces, the drug trade and more.
They are serious concerns the Afghan people hope the next elected government can address.
Even so, there are many Afghans who are apathetic about the election and are not interested in voting, fearing the aftermath of the balloting when some fear there may be strikes and other problems.
Majeed, a taxi driver from Kabul, said that he would not vote for any of the nominees.
After 30 years of war, he said, “the country is not fully out of turmoil.” 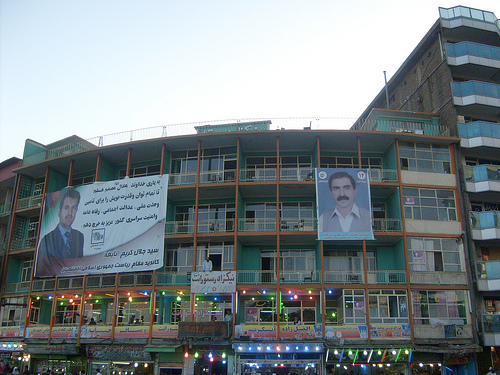 Majeed said he had “lots of hopes for each of the governments in the past decades, and now I am tired of making more hopes.”
“I am more worried of the anticipated strikes after the election results,” Majeed said.
As the polls get ready to open Thursday, the security situation in the country is at its most furious stage. In the last 10 days, Kabul has been the target of frequent rocket and suicide bomb attacks at its most secured areas, killing more than 15 and injuring over 150.
In some districts in the south of the country, polling stations may not open due to the Taliban’s dominance, officials said, and residents of insecure sections of the country may avoid voting due to fear caused by threats from militants.
The main contenders are President Hamid Karzai, who is seeking another five year term, Ashraf Ghani Ahmadzai, Abdullah Abdullah and Ramazan Bashardost. Each of the three main challengers served in Karzai’s government.
Abdullah is seen by experts as the leading challenger, however Ghani, the former finance minister, is making inroads with his vows to empower youth. His top priorities are to create a million jobs and a million homes, plans that have attracted many.
The media has played an important role in the coverage of the campaign, with people in most of Afghanistan learning about the contenders from different programs. There have been a series of interviews, debates and live showdowns for voters to watch.
One recent presidential debate on Radio Sada-e-Azadi (Voice of Freedom), telecast live, invited Ghani, Bashardost and Karzai to answer questions about their plans.
Responding to a question, Karzai said he would continue negotiations as he done in the past and pointed out the Afghan Taliban are sons of the country. He said he will keep asking them to join the peace and accept the national government and constitution.
Peace and stability for Afghanistan are Karzai’s priorities, he said, admitting he has made some mistakes as president.
The election on Thursday is simultaneously for both president and provincial councils.