WEST HARTFORD, Conn. – Teens who showed up for Rock for Rights on Saturday got a treat when Among Criminals took the stage.
Dancing to the music of Among Criminals at the Rock for Rights! concert in West Hartford Saturday.
The crowd rewarded the band, the fifth in the lineup at the event, with jubilant applause and cried for more. 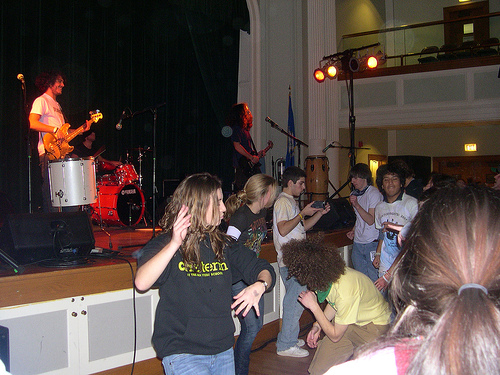 Dancing to the music of Among Criminals at the Rock for Rights! concert in West Hartford Saturday. (Kiernan Majerus-Collins/YJI)

Much of the enthusiasm was because of the guitar and lead vocal skills of Ryan Gaughan, who said he’s been in the group for 15 months.

Gaughan said Rock for Rights organizer Steph Sperber asked the band to participate after they had played at Hall High School – where Sperber teaches social studies – because Among Criminals is known for its politically aware songs.
Motivated by other bands who were speaking out, band members formed Among Criminals to “get the message out,” said Gaughan.
They were inspired by the musical styles and messages put forth by Bob Marley, The Foo Fighters and The Police, according to Gaughan.
With the nickname “Hippie,” Gaughan has strong feelings about the way the government is run and the war in Iraq.
Through the band’s unique style combinations of Latin, reggae and rock, they sing against unjust laws and for human rights.
They’ve been spreading political awareness going on tour for the past year, playing 300 shows at various locations including hotels, bars and schools. When they performed at Hall this fall, they expressed their views about the government between songs and answered many students’ questions about their opinions.
With teens screaming at the band to “play another song” as they were packing up at Rock for Rights and at Hall, Among Criminals is registering well with America’s youth, which means Gaughan’s messages are getting through. 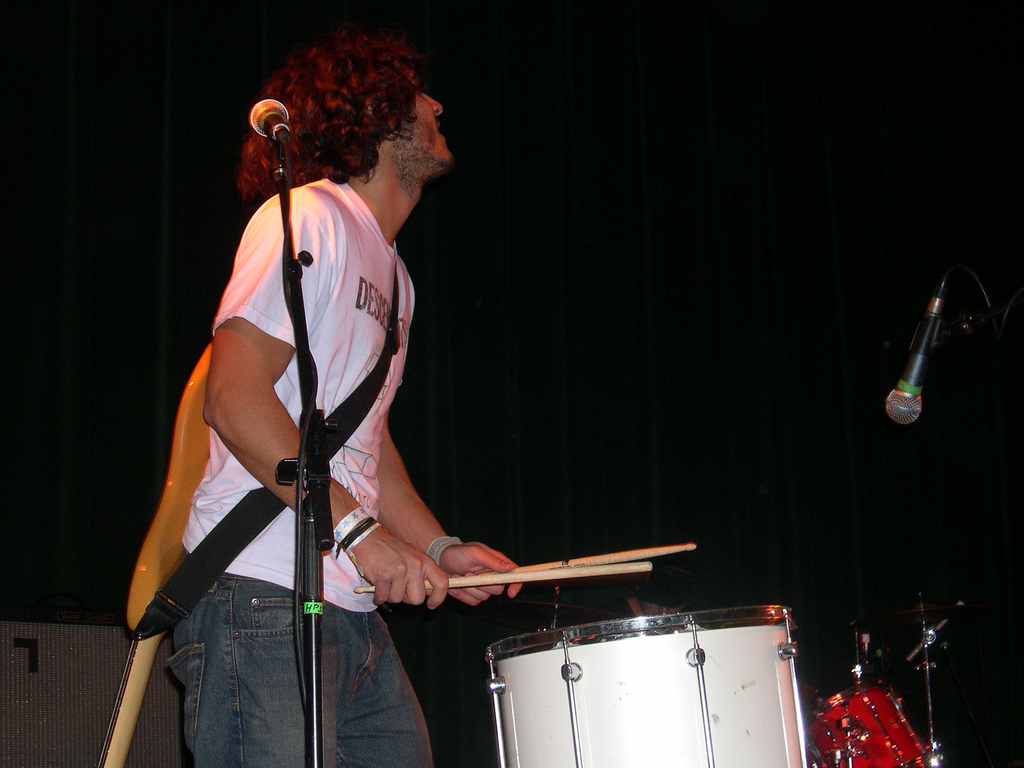