WEST HARTFORD, Conn. – Music and one teacher’s desire for student involvement in current issues merged Saturday during the Rock for Rights event in West Hartford.

That teacher was Steph Sperber, a 23-year-old social studies teacher at Hall High School in West Hartford. She organized the event, which involved seven bands, including three area high school bands, one local group, and a few touring bands.

Student groups set up booths at Rock for Rights focusing on issues such as hunger, peace, crime, and teen pregnancy.

“The purpose of the event is to encourage students to get involved in current issues and spark an interest in student involvement,” Sperber said.

Sperber said the inspiration to start an event encouraging student involvement came from her favorite teacher, Liz Divine, who pushed the formation of a student rights coalition at Hall when Sperber was a student there. 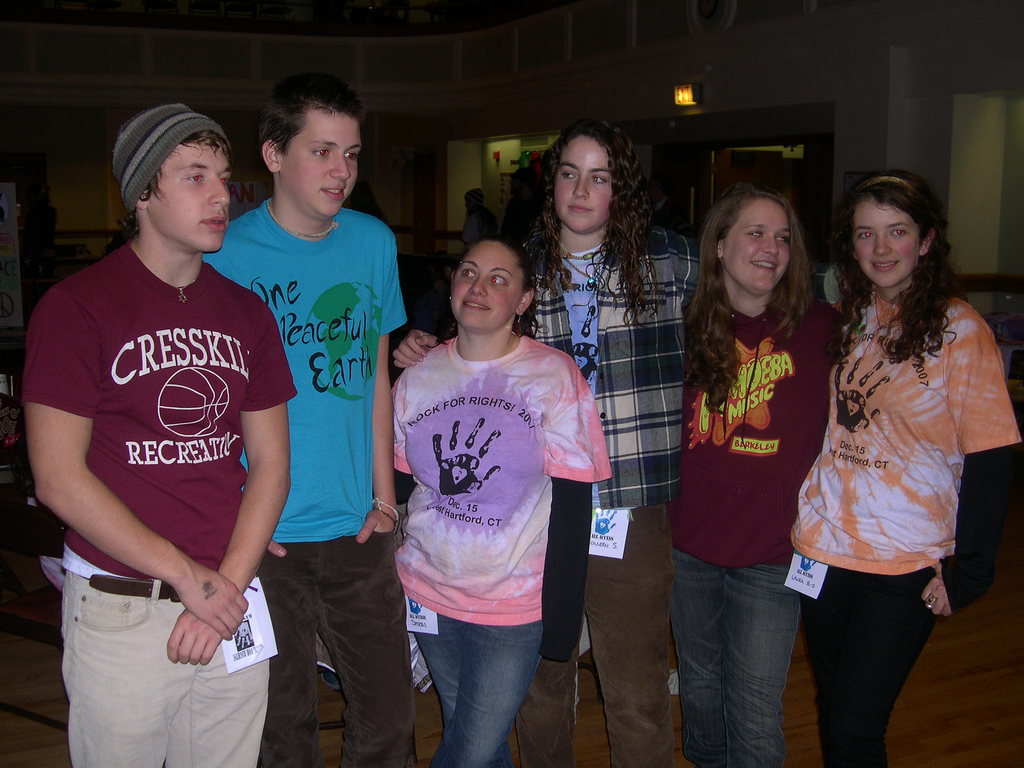 “Now that I’m faculty, I really want students to have the experience that I always wanted,” Sperber said.

Organizing Rock for Rights took months of work, setting up websites and getting the word out.

According to Sperber, the money raised will help pay various expenses, including the costs of food, shirts, and a few of the bands that were paid to come.

Any excess profit will be split between the two participating high schools, Hall and Kingswood Oxford, to sponsor student groups and pay for guest speakers to visit the schools.

As for the success of Rock for Rights, Sperber says she is “really happy,” considering the fact that this is the event’s first year and she “literally had to create it from scratch.”

She plans to organize another Rock for Rights again next year.

“Maybe it’ll be in the spring,” said Sperber. “That way, we won’t have to worry about snow.”

Rachel Glogowski is a Reporter for Youth Journalism International. Kiernan Majerus-Collins, who took the photo, is also a YJI reporter. 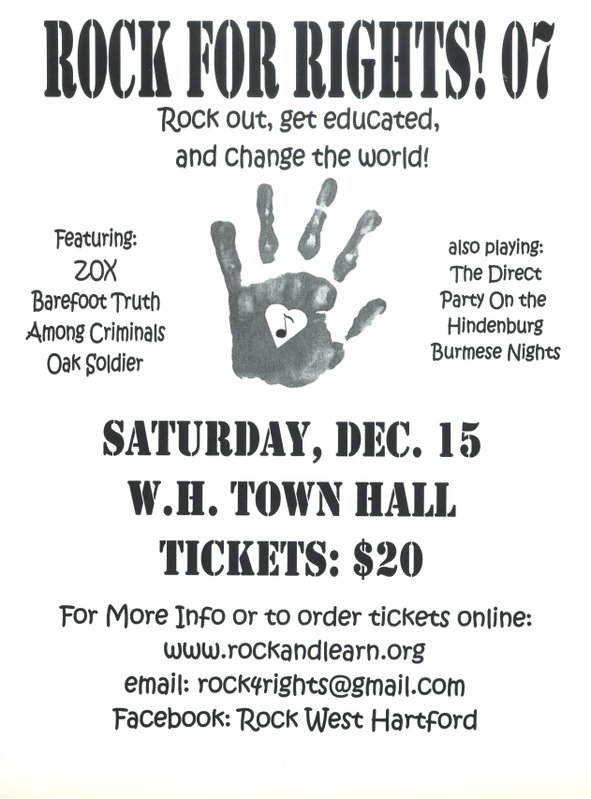