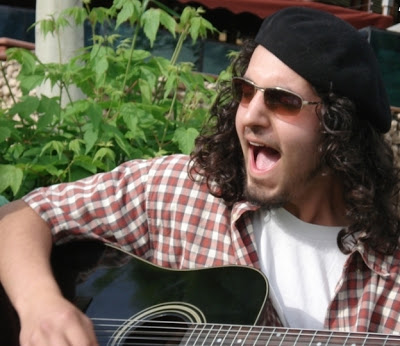 Open Minded Generation, a non-governmental organization, organized the party in the park.

“The aim of this event is to help youth to eliminate its complexes,” said Open Minded Generation Vice President Shoghine Soghomonyan.
“It’s an opportunity for them to express their feelings with the help of guitar,” Soghomonyan said. “There are young people who play guitar very well, but they are shy to show their talent. We are trying to help them with organizing such events.”
During the party, the young people played songs in Armenian, Russian and English on the guitar.
Most of the songs were famous, but some of the participants introduced their own music compositions.
One of the participants of the party was the rock band 4 Elements.
Saro Hassasian, a member of 4 Elements, said that their band often sings in different clubs of Yerevan.
“We are impressed and really delighted to participate in this event,” said Hassasian. “I hope that such events will be organized often.”
Hassasian’s band played some songs by The Beatles, and the public was very happy to hear the Nirvana song, “Smells Like Teen Spirit.”