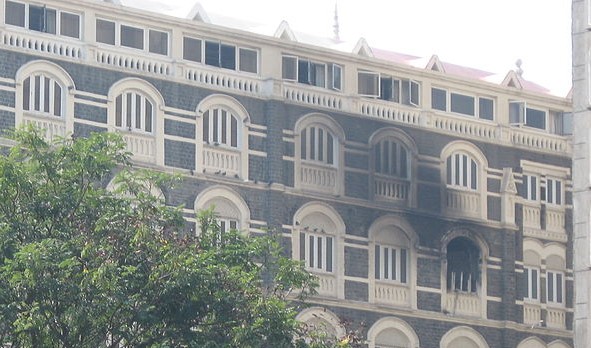 BANGALORE, India — Last Thursday at 6 a.m., my father dashed into my bedroom and exclaimed, “Mumbai is undergoing the most terrifying attacks ever. This is India’s September 11th.”
As I walked into school that day, I saw tears in the eyes of worried-looking students all around me. These were boarding students from Mumbai who either weren’t able to contact their family in the disaster-struck city, or worse, knew that some relative was actually at the scene.
The fact that there was a hostage crisis made the incident all the more horrifying.
We Indians had been desperately hanging on to every word from television news channels over the 60 hours, often hearing different versions of the story. My mother and I stared in shock as we watched ghastly scenes on television for hours together.
In one incident, I remember seeing a person frantically waving a white cloth from a window of the Nariman house. Was it a hostage signaling in desperation that they were still trapped? Was it a terrorist offering a white flag of surrender? Nobody knew, or would ever know, what that meant.
Just at a point of time when we believed that things were finally growing calm, more firing would begin again. The number of terrorists alive and running about, the number of rescued hostages, and the ever-rising death toll figures constantly vacillated.
At one moment, my family and I heard that every hostage from the Taj Mahal Palace Hotel was safe and released, an hour later we find out that 15 hostages remained trapped, and hours later we heard of 50 bodies scattered across the floors, found by commandos.
This experience has personally been very different for me when compared to the terrorist attacks on America on Sept. 11, 2001, when I lived in California. At that time, I was only 9 years old and my ability to grasp the situation was much less than it is today.
Though both attacks were in cities that I wasn’t in, each time I knew people who were directly affected, and in both cases, there were terrorists involved.
It was the fact that once disaster struck Mumbai at 9:30 pm on November 26, the ordeal was not over, but would instead drag on for 60 more hours that truly affected me. It was the fact that Bangalore, an industrially powerful and highly metropolitan Indian city, is just as vulnerable as Mumbai. But mostly, my increased ability to understand this terror produced this change in my perspective.
It has not only been a lone city terrorized; the attack has gripped and shaken an entire nation, and has mentally affected us all. It has left people from every corner of the country frozen in a state of fear
For once, it was not just an attack on a train station or village, where primarily middle or lower class people have been affected. A posh, metropolitan, area was attacked so easily, killing even wealthy Indians and foreigners.
They have destroyed the “pride” of India, iconic landmarks we so often associate with Mumbai. The symbolic Gateway of India was right across the Taj Mahal Hotel; it was a frightening thought that terrorists had come in by boat, straight through this patriotic symbol of this nation, to wreak terror within.
While most Indians have vehemently chastised Indian politicians for their lack of speedy and efficient decision-making, the brave policeman, armed forces personnel and commandos have been highly praised and their actions have won respect.
Visual footage of the killed head policemen, such as Hemant Karkare, chief of the Anti-Terror Squad, has flashed across news channels all over India during their memorial services, and I have witnessed even grown men reduced to tears. Karkare, who died in the first hour of the attack, along with many other police commanders who were shot by the terrorists, is respected throughout India as a hero in a time of crisis. A burning sense of patriotism is felt as the public views these melancholy scenes, and makes us all ever the more determined to prevent such an atrocity from ever occurring again.
The threat that looms in every Indian’s mind is, “This can happen to me, in my own city.”
The terrorists were successful in taking on all aspects of Indians’ lives in Mumbai, the “commercial capital” of India: opulent five-star hotels, a railway station, an airport, a hospital, a movie theater, a café and more.
The terrorists have proved that something as drastic as this is possible, and every person in the country right now only fears worse in the future.
India must put away its bureaucratic problems and put aside political party associated differences, and work as one nation in synergy. India must learn from its mistakes, seek the appropriate training and crisis-preparedness plans to prevent such a calamity from ever striking Indian soil again.
For three days, the attack in Mumbai was the only topic of conversation among my family and friends, the only thing watched on television and read on the Internet, and the only thing on my mind.
It truly hurts me to know that terrorists would go to such an extent to instill fear in the world. It saddens me to know this is not the last time that such an incident could happen. It frightens me to think this is possible, that this can happen anywhere at any time in India.
Worst of all, it horrifies me to understand that in this case, India had lost, and the terrorists had won. India must prove that although it has been beaten this once, it can never be broken.

Janani Ramachandran is a Junior Reporter from India for Youth Journalism International.