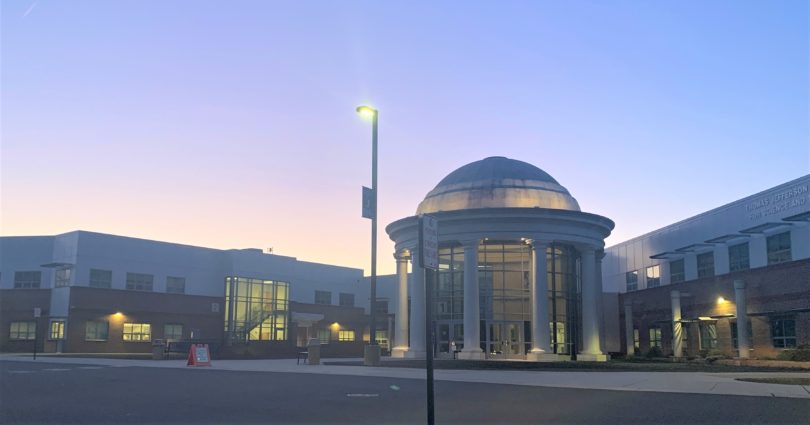 Alexandria, Virginia, U.S.A. – The weekend before Virginia’s gubernatorial election this month, my neighbors placed red and blue signs supporting candidates for governor in front of their yards.

But it was an unfamiliar sign with the phrase “Parents for Youngkin” written in bold red letters that drew my attention. At the forefront of Republican Glenn Youngkin’s successful campaign was an unlikely issue: schools.

Throughout the past year, parental apprehension over children’s education grew amidst social changes, public health policies and school curriculum adjustments.

Politicians used this apprehension to push policies that reduce opportunities for underrepresented students and limit discussion on issues of race in the classroom.

I was no exception in experiencing these changes. As one of a handful of Black students at Thomas Jefferson High School for Science and Technology, I found myself entangled in an admissions policy battle between supporters of the current merit-based system and those who supported a new system that takes into account external factors for underrepresented students.

After months of protests and debates, the school board decided in favor of an inclusive policy, completely removing the role of standardized testing in admissions.

Now in office, Youngkin is challenging my school’s inclusive admissions policy as well as curriculum adjustments allowing for discussions of race in American history.

Youngking told The Washington Post in September that he would seek to reverse my school’s admission changes back to a solely merit-based process.

He also vowed to ban critical race theory, a hot button topic dividing parents across the nation, on day one.

Youngkin recently told Fox News that critical race theory “teaches children to see everything through a lens of race and then to divide them into buckets and to have children that are called privileged and others that are victims, and it’s just wrong and, in fact, forces our kids to compete against one another and steals their dreams.”

While Youngkin makes a fair point against teaching American history through such polarized lenses, he and his supporters are fighting the wrong battle.

Virginia does not currently teach critical race theory in schools. In fact, only university classes teach it.

How exactly does one ban a theory when it is not taught in the first place?

The concept of critical race theory has moved beyond its practical definition and become a catch-all phrase for racial discussions that conservatives find objectionable.

The repercussions escalate when we consider the practical applications of banning this concept: teachers may shy away from any discussion of the legacy of slavery and current issues related to race.

Mike Stein, an English teacher in Tennessee where critical race theory was recently banned, told the Chalkbeat Tennessee, “History teachers cannot adequately teach about the Trail of Tears, the Civil War, and the Civil Rights Movement.” Stein added that English teachers will have difficulty teaching texts by African American authors because many of them mention racism.

Attempting to change school policies will have wide ranging and drastic implications, critical race theory or not.

Hard-earned breakthroughs – such as schools like mine offering more opportunities to underrepresented students and curriculums allowing for open discussions on race – may soon become moot.

Parents and politicians alike have to step back and consider the consequences of their demands.

Lyat Melese is a Reporter with Youth Journalism International.