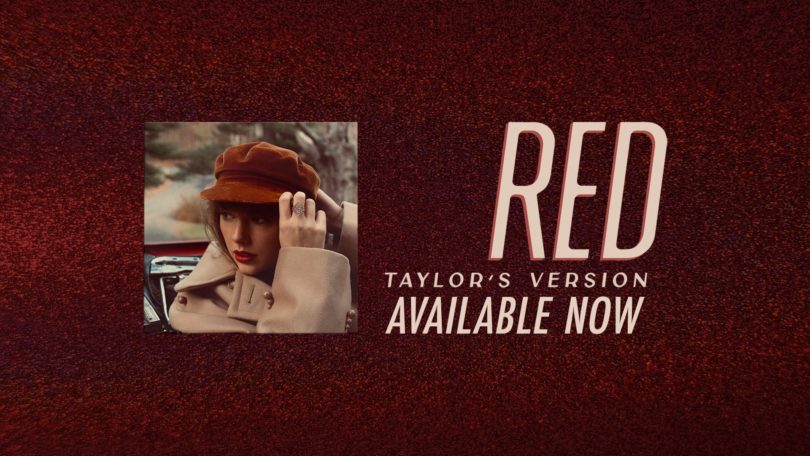 The album includes popular hits and all-time favorites, such as “I Knew You Were Trouble,” “22” and the title track “Red,” as well as devastatingly sad songs about break-ups the artist went through in her early 20s.

It is the re-recording of her fourth album in order to own the rights to her own music, since a company run by Scooter Braun, a powerful figure in the music industry, bought the rights to her first six albums in 2019.

What her fans are most excited about are the tracks from the vault. Swift included more songs than the original album had, songs she wrote during that time but chose not to release. Some of these, like “Better Man” or “Babe” could already be found online, others are entirely new to all listeners.

Most importantly, the 30-track list features the 10-minute version of “All Too Well” which is considered the singer’s best song by many fans and also called a “Swiftie anthem.”

Ever since Swift mentioned in an interview that the song could have been 10 minutes long, fans have been speculating about it and asking her to release it.

“All Too Well“ is interpreted to be about her relationship with actor Jake Gyllenhaal coming to an end in 2011, just like “The Moment I Knew” from the same album.

She re-recorded her duets with Ed Sheeran and Gary Lightbody from the original album but also featured a new collaboration with Phoebe Bridgers that many fans already love.

With collaborations on “Fearless (Taylor’s Version),“ many fans were disappointed that the other singer only did background vocals but here, Bridgers sings a whole verse and chorus and adds her own style to the song.

There is also going to be a 13-minute short film called All Too Well: The Short Film to accompany the album, being released on November 13th.

Listening to this album made me tear up and fall in love all over again despite having known most of the songs for many years already.

I love Swift‘s re-recordings for introducing me to new songs of hers that I had not paid much attention to in the past.  I also love discovering the new ones and listening to familiar favorites, knowing that she owns them now and that I’m supporting her, not music industry moguls, when listening.

The album is a rollercoaster ride of emotions and a lyrical masterpiece, and I will be listening to it over the weekend and probably for months to come.

Right now, my favorite songs on the album are “Stay Stay Stay” and “Come Back… Be Here.” I just love the way Swift writes about love.

But my favorites will definitely change over time since all of her music is great.