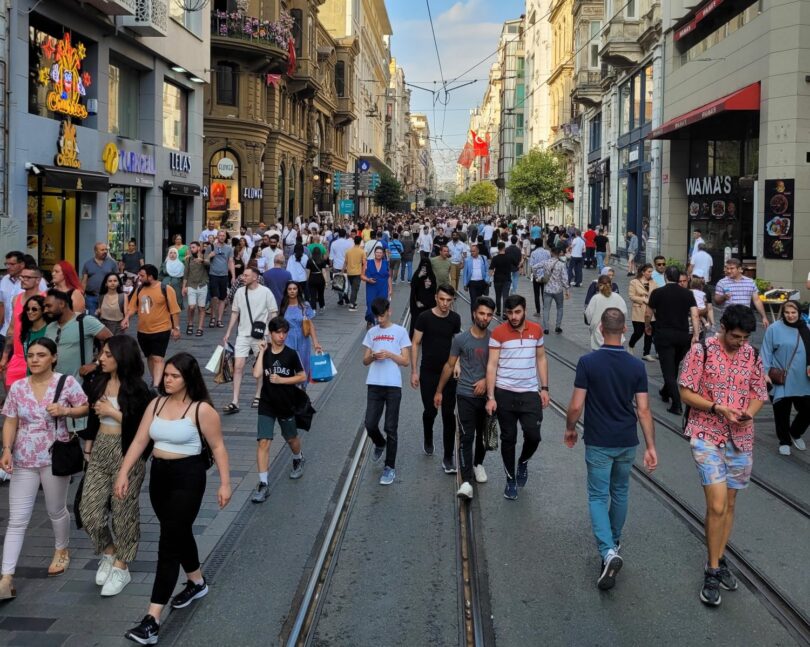 ISTANBUL – An explosion on a busy, tourist-filled street Sunday killed at least six people and injured 81 or more.

President Recep Tayyip Erdogan said the explosion “smells like terrorism” while talking with reporters at the airport and promised the unknown perpetrators would be punished.

The blast tore through a crowd on Istikal Street about 4:20 p.m. when the sidewalks and street were crowded with pedestrians. The road, near Taksim Square, is one of most popular destinations for tourists and is lined with high-end shops and restaurants.

As word of the explosion spread through the city, many worried it might be a terror attack, but details were scant. Officials provided limited information about the horrendous incident.

Publishing news about the incident is banned nationally to prevent false information from spreading. Many social media apps have been out of commission to help control unofficial reports.

Videos posted on social media by many people who were near the scene on Istikal Street, which means “Liberty Street,” show a fireball rising above the crowds, causing a surge back toward Taksim Square, which was soon full of fleeing people.

Other videos showed the devastation at the scene, including an overturned stroller, bodies, shattered concrete barriers and debris scattered across the road.

Türkiye’s ministry of Family and Social Services announced that one its employees, Yusuf Meydan and his young daughter Ecrin, were among those killed in what it called a “treacherous attack.”

Vice President Fuat Oktay said authorities considered the explosion a terrorist attack and suggested a woman had been involved in detonating the bomb, according to the state-run Anadolu news agency.

The agency said the country’s justice minister, Bekir Bozdag, said that “a woman sat on one of the benches on the street for more than 40 minutes, and the explosion occurred just minutes after she got up.”

Ukrainian President Volodymyr Zelenskyy said on Twitter he is “deeply saddened” by the news from Istanbul.
“The pain of the friendly Turkish people is our pain,” Zelenkskyy said.

The last major terrorism attack in Istanbul occurred in 2017 when Islamic State terrorists shot up a nightclub, killing 39 people.