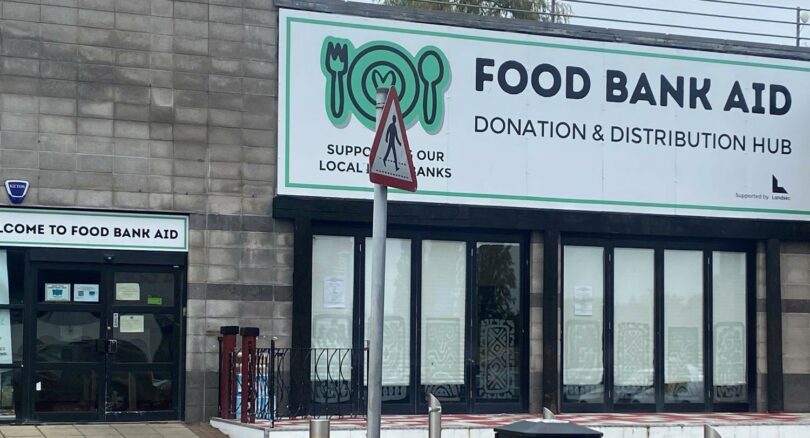 North Finchley, UK – Teenagers in this suburb north of London said the rising cost of living here is putting a strain on their families.

‘’My mum worries if she will be able to put food on the table for me and my siblings,’’ said 16-year-old Ana Ryan. ‘’Bills are rising every day.’’

The United Kingdom is experiencing an economic crisis. Consumer prices in September were more than 10 % higher than a year earlier, according to information published by the UK Parliament’s House of Commons Library.

Ryan and other students at Woodhouse College, a competitive public school for 16 to 18-year-old students, shared their concerns in interviews with Youth Journalism International.

‘’I went to the food bank for the first time last month with my dad,’’ said Ali Dur, 16. “It can feel quite embarrassing asking for food, but I don’t think people should be ashamed.’’

Bloody Good Period, a charity that provides sanitary products for those who cannot afford them, said they provided 78% increase in demand for their period products during the first quarter of this year than in the same time frame of 2020, before the pandemic..

“’If it wasn’t for free sanitary products at school, I don’t know what I would have done – they are so expensive,” said Marina Mundi, 16.

Students also expressed their worries about the government tackling the crisis.

‘’Our own prime minister resigned,” 17-year-old Mohammed Amin said about Boris Johnson, ‘’I don’t think the government is sure how to deal with what’s going on.”

Since the interview, Liz Truss – who followed Johnson as prime minister – also resigned after serving only 45 days.

Rishi Sunak is the new prime minister as of late last month.

The concern of these students at Woodhouse College seem to mirror the general uncertainty British citizens have about the exacerbating cost of living crisis.

Research provided by the House of Commons Library found that from September 2021 to September 2022, gas prices increased by 96% and electricity prices by 54%

The report tied the price hikes to Russia’s war on Ukraine – before the war, Russia was a major supplier of gas and energy to Europe.

Since the war, the UK has virtually eliminated energy imports from Russia, according to the UK’s Office of National Statistics.

The Trussell Trust, one of the UK’s largest food banks, expects a difficult winter.

The nation’s “need for emergency food is outstripping donations for the first time as the number of people turning to food banks for support increases, according to The Trussell Trust.

Anjola Fashawe is a Reporter with Youth Journalism International.

Anjola Fashawe is a Reporter with Youth Journalism International from London, UK.