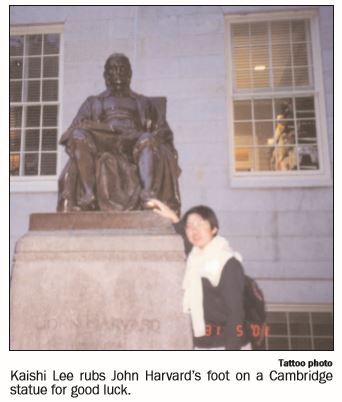 I had traveled with schoolmates from Singapore through Hong Kong and Los Angeles and, finally, I was on the ground in Boston, the culmination of a 28-hour flight.
My tour guide, Bob, a big and friendly guy, greeted us and led us to a yellow school bus.
Next stop: the Motel 6 in Tewksbury, Mass.

Sitting on the bumpy bus, I glanced out the window and took in Boston at night. The night was tranquil. Boston was quiet. And everyone was home.
My morning started with a huge American breakfast: two thick pancakes with fresh strawberries, strips of bacon, two scrambled eggs and a glass of OJ.
Then it was off to the small seaport of Salem, the Witch City.
“Salem 1630 Pioneer Village” was like a scene from Dr. Quinn, Medicine Woman.
It had thatched roof cottages, Native American wigwams and period gardens and farm animals.
Three hundred years ago, Salem’s new puritanical pioneers (under the influence of teenage girls!) struggled with witches in a misguided attempt to build a new and “more pure” culture on their continent, a culture where “good” actively fights “evil.”
Visiting the Witch Museum and reliving the events that shook the city was surreal.
As one witness said then: “At first the girls would not answer. They simply screamed and writhed or did blasphemous things, such as dashing a Bible against the wall. Gradually they began to give names.”
The testimony of the hysterical girls, the suffering of blameless victims and the decisions of fanatical judges was heart-wrenching.
Being a tourist, the museum shop selling Tarot cards and witch memorabilia was fascinating.
Next, we walked to “The House of Seven Gables,” New England’s oldest mansion.
I felt jet-lagged because at 3 p.m. in Salem it was 3 a.m. Singapore time!
Taking the “road less traveled,” we journeyed to poet Robert Frost’s farm at Derry, New Hampshire.
Strolling Hyla Brook Trail and reading Frost’s poems, I discovered the beauty of nature and the beautiful, bountiful land — a major contrast to small and urban Singapore.
Then it was on to Concord, Mass.
Sitting in Louisa May Alcott’s room at the “Orchard House” and having all my questions answered by the tour guide was exciting.
It was a small, cozy house, and the furniture was quaint.
The chilly weather that greeted me as I walked along Walden Pond made me wonder how Henry D. Thoreau (he hated his middle name David) could have had the inspiration to write as he sat by himself on the edge of the water.
Well, this was Concord, the epicenter of a more thoughtful America.
The Harvard campus at Cambridge was aglow in the evening.
A quick walking tour conducted by graduating students introduced me to the “intellectual” environment where freshman have food fights in Annenberg Hall (the food never gets on the ceiling, though, as the ceiling is high above), relax at Harvard Square and where tourists rub John Harvard’s gold-coated foot for good luck.
One must visit the JFK Presidential Library while in Boston.
John F. Kennedy was arguably the most famous Bostonian who recaptured power when he called his presidency “the New Frontier” and sought new boundaries to push forward.
As I wandered around the exhibits, I was in awe of JFK, who charmed and captivated the world with his life and dared Americans to meet the challenges they face every day.
One person can make a difference, and every person should try.
As Robert Frost wrote in “The Road Not Taken,”
Two roads diverged in a wood, and I —
I took the one less traveled by,
And that has made all the difference.
Boston was indeed a city established by ancestors who dared to live fully and risk their lives for the good of America. 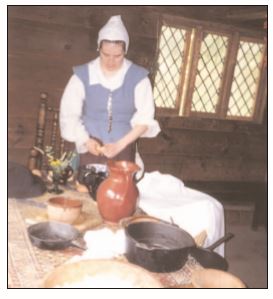