WASHINGTON, DC — The nation’s capital may be the summit of a superpower, but the city is not as imposing as it sounds. Ordinary people live, work and play in tree-lined neighborhoods.
Visiting the beautiful, Greco-Roman temples built in honor of Thomas Jefferson and Abraham Lincoln near the White House, I read the words of political oratory that inspired America, now carved in marble. 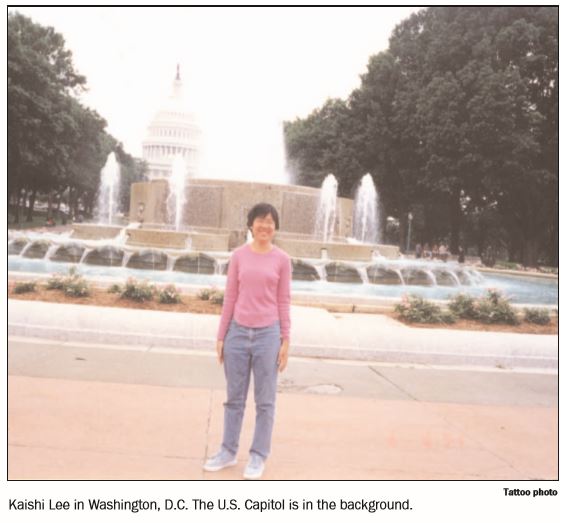 Jefferson’s quote — “We hold these truths to be self-evident, that all men are created equal … that among these are life, liberty and the pursuit of happiness” — echoed in my ears.
Next, I headed to “The Wall,” which has been sliced like a scar into nature.

I remembered the Americans who died in the Vietnam War. As I read the names of the heroes carved in stone, I felt sympathy and anger. Why did these innocent men go to a fatally misguided war?
I stood at the point where Martin Luther King, Jr gave his famous “I Have a Dream” speech, sat on the grassy mall where Maya Angelou read her famous poem a few years ago to America and thought among the cherry blossoms.

Rosa Parks, Frederick Douglass, Angelou and King believed, as President Theodore Roosevelt said, “Actions speak louder than words.”
The Smithsonian Institution located on the Mall was the star attraction, and admission was free to all 14 of its museums.
I visited the National Postal Museum first because collecting stamps has always been my hobby. I was truly amazed at the sheer collection that dated back centuries.
At the National Air and Space Museum, I wanted to watch To Fly! at the Langley Theater, but the line was too long.
Freeze-dried ice cream sandwiches and fruit on sale at the museum tasted awful. I would go for fresh food anytime.
The National Gallery of Art was better than the Met in New York. I watched artists paint commissioned smaller-sized replicas of artworks.
At the museum shop, I bought prints of Monet, Da Vinci and Warhol’s works and Norman Rockwell postcards.
The National Museum of American History was delightful. I loved viewing the First Ladies’ gowns, jewelry and campaign mementos.
My trip could not be complete without a visit to the Folger Shakespeare Library, to honor the man who best crafted and expanded the English language. We played dress-up in Victorian wear and posed for pictures.
As Shakespeare wrote, “All the world’s a stage. And all men and woman are merely players.”
At dinner, I finally had a chance to order Chinese food. After days in America, I dreadfully missed rice, mien (noodles) and roti prata (Indian fried pastry) from home. I ordered my favorite fried rice and tucked in.
The fortune cookie that came with my meal made me laugh.
In Asia, Chinese meals never come with fortune cookies!