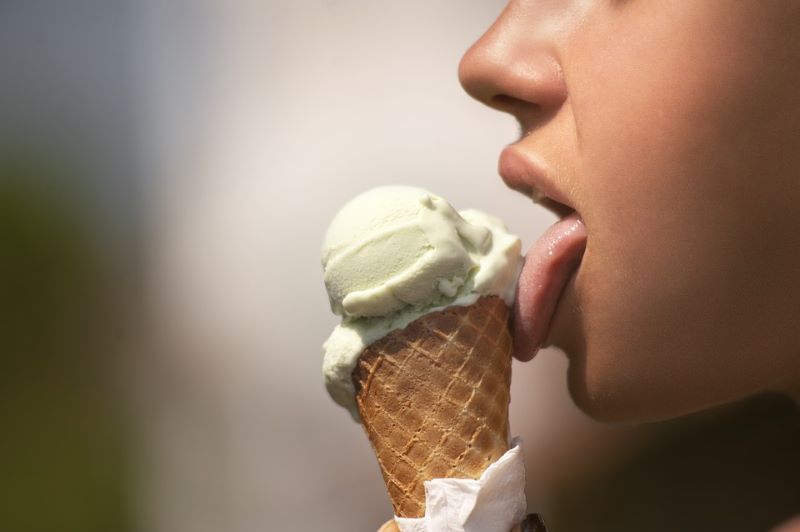 BRISTOL, Connecticut, U.S.A. — All year long, Bristol residents of all ages enjoy refreshing treats from Dunphy’s Ice Cream Parlor.
Located in a small plaza on the corner of Maltby Street and Stafford Avenue, Dunphy’s has shown its strength and appeal as a business, and will this year celebrate its 20th anniversary.
The owner for the past five years, Jim Martin, attributes the shop’s appeal to its being “old fashioned.”
A long, black, antique car shelves an array of frozen selections: fat-free frozen yogurt, sorbet, sherbet and traditional ice cream.
While one has the choice of almost any imaginable ice cream variety, chocolate and vanilla dominate.
‘Moosetracks,’ consisting of chocolate chunks, peanut butter and fudge swirled with vanilla ice cream, is the most popular of the exotic flavors.
Where there would usually be a car trunk is instead an antique popcorn machine. It reads: popcorn 50 cents.
While many come for a traditional ice cream cone, popcorn is only one of many other snack options: the slushy; the ‘Razzle Frozen Explosion,’ consisting of soft-serve yogurt and blended-in toppings; and the ‘Flavor Burst,’ a soft-serve cone laced with colored frosting are some of the shops most appealing treats.
Those preferring to enjoy ice cream at home can purchase hand-packed pints of their favorite Dunphy’s flavors. Everyone leaves happy.
The customers are perhaps the best judges of Dunphy’s strengths.
“It’s good,” Jeff Stairs said. Stairs said he takes his 2-year-old daughter, Joelle, to the parlor weekly. “And it’s close to home,” he added.
Eleven-year-old Justin Zimjwoski has been going to Dunphy’s for as long as he can remember.
“It’s cool because of the big truck,” he said.
Zimjwoski said without hesitation that his favorite flavor of ice cream is “chocolate-chip cookie-dough,” which he often chooses during his twice-weekly visits.
Dunphy’s popularity is obvious.
It even has lines of customers on midweek spring nights when the air temperature is still 50-degrees.
Bristol residents have shown, and continue to show, that they know good ice cream when they taste it.

Jacqui Moreau is a Reporter for Youth Journalism International.