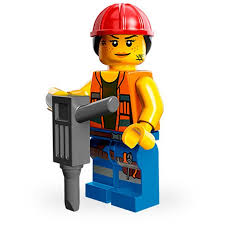 There I was in study hall, thinking about how I would kill to be in Reece Witherspoon’s position in her new movie, with the slight buzzing from the construction in the background, when all of a sudden my daydreaming was interrupted by a construction worker with a strong accent.

— “Have any of you seen any loose wires around here?” he asked the half-sleeping class.

— “Well, there is a wire hanging from the ceiling by the music hallway,” I replied.

As I tried to go back to daydreaming, I couldn’t help thinking to myself: “Since when are wires hanging from the ceiling not a hazard?”

Well, there goes this construction again, proving another hazard wrong. And I thought loose wires and asbestos were hazardous. Silly me. Oh well, I wonder when the lunch bell is gonna ring.
— Irene Sitilides, freshman, Bristol Central High School

So, they opened up the “refinished” hallways. Believe it or not, I was actually expecting to see some improvement! Silly me.

I was disappointed to see that some of the floors still had no tiles; there were no new lockers, they were simply painted over; there were no ceilings, only a few tiles scattered here and there to hang light fixtures from. There aren’t even WALLS in one of the rooms, only a huge partition to separate the classes.

Believe me, it’s hard enough to concentrate on what your own teacher is saying without having to listen to someone else’s lesson, as well.

Today I was on my way to my science class, which happens to be on the second floor, when I saw a woman going down the hall looking rather lost. I slowed down to see if i could be of any help.

Woman: “Excuse me, could you tell me how to get to the other classes on this floor?”

Me: “Well, all the connector hallways are closed down, so you have to go all the way down to the basement, across this hall and back up the stairs.”

“Um, students and teachers, you may notice some smoking in the area of room 127. We’ve just asked them to stop welding and we will properly vent the area. No need for concern.”

Next to me, the blonde in the Grateful Dead t-shirt halts her struggle with the subject/verb agreement long enough to grumble.

She: “Yeah, sure. It’s chemical. I was there, man. It was all over the place. ‘Properly vent the area?’ Nobody gives a damn.”

She: “Well, what are you going to do about it?”

Me (to teacher): “How do you say ‘hold my breath and weep’ in Italiano?”