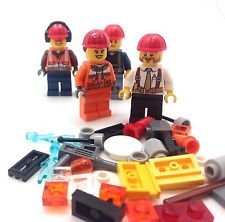 This is the morning when all the members of the class of 2000, at least those who want to go to college, take the test that could save them a lot of money. After only a couple of hours of review and six hours of sleep, I entered the auditorium side of Bristol Eastern High School at 8 o’clock sharp, ready to take my PSATs.

There was a mob of over 200 juniors, some sophomores, and is that a freshman over there? You couldn’t see the end over the sea of heads.

Partly to make conversation, and partly out of curiosity, I asked my friends what the hold-up was. Either someone smartened up, or there was no room due to construction because the annual Teddy Bear Jamboree was held at St. Paul’s, instead of in our school during PSAT testing. So it couldn’t have been that. Of course nobody knew the answer.

After standing in the mob for a few minutes, I told my friend that I could have been home getting some more sleep. We were finally freed and about half of us lined up at the door of the cafeteria to get signed in. Yes, the cafeteria.

The kid in front of me exclaimed, “Oh, there’s desks!” And I repeated the same when I entered.

Well, at least we weren’t taking one of the most important tests of our lives on long tables where when we have to look up when done, we see someone’s face, which is kind of annoying while you’re supposed to be concentrating your test, not on the way the person across from you looks early Saturday morning.

Due to the asbestos removal in the math hallway (which, by the way, I heard was supposed to be removed from the whole building this past summer; oh well, so why start it the morning of the PSATs out of all days?), our room assignments got changed at the last minute. And I was one of the lucky many to get stuck in the cafeteria.

When I sat down at my desk way in the back, I thought to myself, this doesn’t seem as bad as I expected. The desks were nicely spread out. Then I saw our proctors with large pieces of construction paper (no pun intended). I thought they were going to tape them to the windows in the doors so we wouldn’t be distracted.

Instead, my proctor taped the big bright yellow sheet of paper on the wall, and wrote something that I could not interpret from the back row.

She said she was going to write our ending times on that sheet. OK, but I told her I couldn’t read it from my seat. She wrote the times big enough for everyone to read. I realized that the cafeteria had no chalk and/or dry erase board, which could be very useful for the proctors as well as for the students. Then I wondered if they had thought this out. You know, there are portable boards. I commented to my friend that I felt like we went to a very poor, meaning cheap school. Then she said she was going to walk around with a sign from time to time to let us know how many minutes we have left.

I thought she was joking. But she actually snaked around us, holding up the appropriate sign for each time interval. Passing out booklets and answer sheets usually takes less than a minute in a normal classroom setting. But with four times the amount of people in the café, it took forever.

I just wanted to get started so I can get out early. When we finally began the actual test, I could not concentrate. Normally I work better with noise. But the Fruitopia machine was just letting out an annoying moan.

Of course everyone who was in a normal classroom was out a half-hour before us. We would have been out a couple of minutes earlier if they didn’t ask if there were any St. Paul students about five times. We should have taken the test there — at least they don’t have any asbestos (not that I know of).

Hi. I am writing to inform everyone that the two high schools in Bristol aren’t the only schools that serve the Bristol area are under construction. I am a junior at E.C. Goodwin R.V.T.S. in New Britain and life there is pandemonium.

It’s even worse for the rest of the school.

There is no kitchen! We have this little “cubicle” that we have to make 250 sandwiches in everyday since school started Sept. 3!

The maintenance department has moved in the convection oven, but the electrician still hasn’t hooked it up, so it’s still sandwiches. God only knows when the blasted construction will start.

We have had so many start dates it’s not funny. At any rate once they do start it will take 120 working days to complete our new state-of-the-art kitchen.

Sigh. It’a Monday morning. I’m on my way to first period geometry. ‘Nuff said. While making my merry way through the foreign language hallway, I am suddenly overcome by a sickening aura of diesel putrescence infiltrating my innocent lungs. I gag violently due to this unexpected disturbance in my otherwise serene respiration. This is a school, not a gas station! Holding a too-long sleeve over my face, contorted with disgust, I hastily exit the deadly hallway, escaping it’s volatile contents.

I suppose I’ll have to continue with my existence now. Grumble. Work and progress…BLAH!