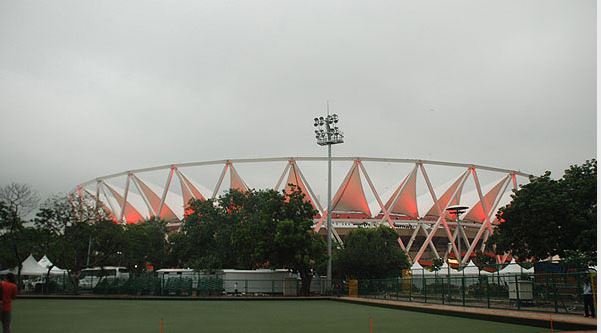 NEW DELHI, India – For the past year and a half, the city of New Delhi has been getting a makeover.

From building new hotels and guest houses, to widening the roads, to entirely redoing the playing fields at the University of Delhi, Chief Minister Sheila Dikshit has been determined to have the city spic, span and spacious for the Commonwealth Games next month.

This frenzy of urban planning is not new in the world of international sporting events.

Prior to the 2008 Olympics, China, too, undertook major changes in terms of infrastructure and planning.

Indeed, it is clear that hosting an international competition requires finances and foresight.

However, there seem to be a few glitches in the foresight of the Indian government when it comes to preparing my hometown for the Commonwealth Games.

To begin with, a year ago, Delhi-ites were promised that by mid-2010, there would be nine metro lines in New Delhi, which would ease the traffic and facilitate commuting.

By mid-July, there were only three.

Central Delhi is entirely dug up and the famous Connaught Place is full of potholes and ditches – to the extent that it has been rebaptised “Cannot Place” by inconvenienced shoppers.

Two months before the Commonwealth Games, Connaught Place was strewn with heaps of building material, debris, and post-monsoon slush.

In July, part of stadium collapsed due to the excessive monsoon rains.

The Public Works Department is in a hurry, but it is disquieting that it would see this as a reason to put lives in danger.

In the past year, it has not been uncommon to hear of collapsing metro constructions, some of which have been the cause of deaths.

It is a fact well known that in the 2008 Olympics, China was unable to complete its own makeover and resorted to camouflaging the least tidy parts of Beijing behind walls.

One wonders, however, whether my hometown is doing any better by making an enormous, haphazard construction site out of India’s capital.

Sara Chatterjee is a Junior Reporter for Youth Journalism International.