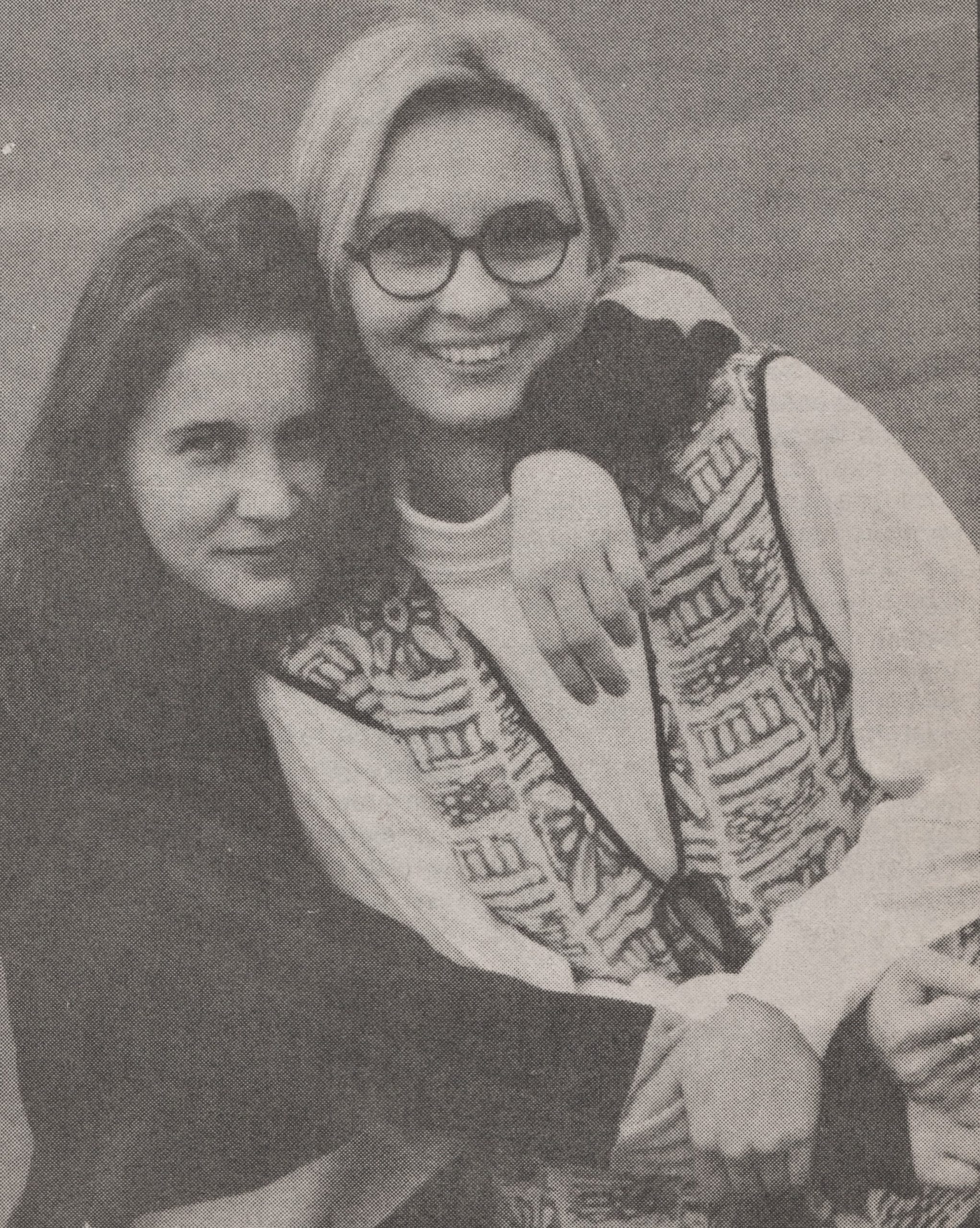 The Bristol family is very nice and helpful, Klimekova said, and her host sister, Natalie, is teaching her patience.

“I don’t have any brothers or sisters,” Klimekova said. It’s something new for me to live with a 10-year-old girl.”

Last summer, Klimekova’s father saw an ad in their hometown newspaper providing information about an exchange program with America.

“I really didn’t want to come, to leave my country, family and boyfriend. But I knew that was necessary because I’ll need English and these experiences will be priceless.”

Being the new student at Bristol Eastern High School wasn’t easy at first.

“No one was rude to me, but no one came to me and said, ‘Oh, you’re new here, I’ll help you find some friends.’ For about two months, I was without a friend, but one girl, Kathryn Vandal, helped me out a lot and I thank her for that,” Klimekova said.

“Since then, I’ve made more friends. Most are Polish. I don’t know why, maybe because of the closer culture. Friends are very important when you’re far from family.”

As a senior at Eastern, Klimekova noticed many social differences compared to her school at home.

“It’s scary to see 15 and 16-year-olds driving,” she said. “I don’t think they’re mature to handle cars. Eighteen is when we get our licenses.”

But she still admits it’s a pain to wait for a ride or walk home in the cold.

“Sports is not as popular here,” she said.

She said they don’t compete with other schools because the money that’s received from the government is used for books and school supplies, not the “unnecessary” things like uniforms or buses for recreation.

So what do Klimekova and her Slovakian friends do for fun?

“Well, since I’m from the capital of Slovakia [Bratislava], that means there’s more places to go than here in Bristol. We’re usually, in the summertime, sitting in center of some park and talk. In wintertime, we’re sitting in some cafe and talk. We also go dancing a lot because there’s many dance clubs around.”

“With alcohol, it is different than America. You can drink at 18 years old, but nobody really cares about the age. You have to know what is or isn’t good for you.”

Dating isn’t the same either.

No Slovakian girl would ever ask a guy out, she said. On dates, things are pretty similar to American ways. Teenage couples go to the movies or they listen to American music, she said, singing along despite not understanding the words.

“People wear what they want and it doesn’t matter. So many cultures are shown in clothes kids wear at school/ It doesn’t matter here if you’re Hispanic, Jewish, Chinese or whatever.”

Working after school is basically non-existent in Central Europe, she said.

“Students have one purpose — to study,” she said.

With the mention of work, Klimekova’s face clouded.

“Everything was controlled by the government for so long,” she said, “that we’re just starting to get organized.”

She remembered a relative who worked in a factory doing the same job for 25 years, never once getting a raise or a bonus. Everyone then was required to adhere to governmental orders to serve in a specific occupation, never getting the opportunity to be what you want.

When the school year is over and Klimekova returns home on July 6, she said she’s like to try college, but has no idea what she wants to be.

“I hope the idea comes soon!” she said.

But the first thing Klimekova said she wants to do when she gets home is to spend time with her family and boyfriend she’s been dating for more than a year.

“He can be very protective sometimes, but I miss him a lot,” she said.

Jenny Jenkins is a Reporter for Youth Journalism International.