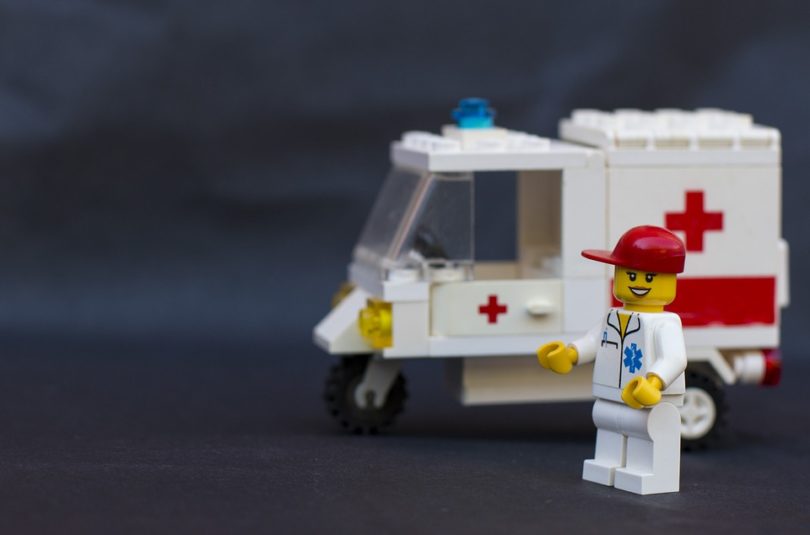 Bristol, Connecticut, United States — Have you ever tried to do a cool new trick on your skateboard and ended up on the pavement with a broken arm?
You aren’t the only one — lots of kids hurt themselves on their skateboards, bikes, or Rollerblades each day.
According to the federal Consumer Products Safety Commission, about 36,000 people were treated in hospital emergency rooms after skateboard injuries in 1996. In that same year, nearly 103,000 people were treated for injuries resulting from in-line skating accidents. 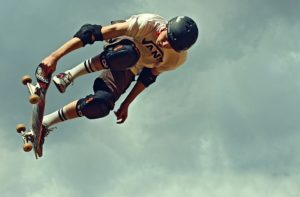 With the X Trials coming up this month at Lake Compounce, kids are most likely going to be out copying their role models’ risky moves — and taking tumbles in the process.
While most kids will suffer only bruises and broken bones, others could face something they’d never considered a possibility — brain surgery.
Dr. William Zempsky, an emergency department physician at the Connecticut Children’s Medical Center, said head injuries are the most serious risk.
If a young athlete hits his head, he may have bleeding inside the brain, called a hemorrhage, Zempsky said.
Sometimes hemorrhages require brain surgery, Zempksy said.
There is also the risk of a hematoma, where blood collects between the skull and brain and puts pressure on the brain.
Zempsky said another possibility is a concussion, which he described as when the brain is “sloshed around a bit” in the head.
Concussions, Zempsky said, can cause amnesia.
To prevent these injuries, Dr. Zempsky said, “we recommend kids always wear a helmet.”
Bristol pediatrician Dr. Delbert Hodder said he often sees preventable injuries when kids don’t use safety equipment.
Most injuries he’s seen are broken bones and bruises, Hodder said, but occasionally there are neurological injuries.
Because most kids who get hurt end up in the hospital emergency room, Hodder usually isn’t the one to treat them.
Zempsky is used to handling serious injuries when kids fall.
“We see kids doing crazy things on their bikes,” Zempsky said.
Broken arms are very common, said Zempsky.
Wrist and forearm fractures can be prevented by wearing the proper safety equipment, Zempsky said, but if they do occur, the patient usually has to wear a cast.
Kids bruise, cut or scrape themselves during falls — or get something Zempsky called “road rash,” where the friction of sliding along the road peels off layers of skin.
Kids can also injure their mouths during falls.
Dr. Joseph Cydelo, a Bristol dentist, said he has seen some injuries from biking and Rollerblading.
Kids may break their teeth or knock them out completely, Cydelo said.
If the tooth is broken off to the pulp –the bundle of nerves at the center of the tooth — the pulp has to be removed in an operation called a root canal, he said.
To fix a broken tooth in an adult, Cydelo said he’d use cosmetic plastics or artificial teeth called caps.
In children, he said, a white plastic filling material would be used to replace the tooth.
Another dentist, Dr. Bethany Brenner of Burlington, said she doesn’t see a lot of injuries due to biking,
Rollerblading, and skateboarding.
Kids who fall Rollerblading usually fall backwards, Brenner said, so they don’t hit their faces often.
Bikers who have well-made bikes aren’t likely to injure their mouths, either, she said. Good bikes have shock absorbers on the front, she said, which keeps the rider from being knocked over the handlebars.
If you should happen to knock out your tooth completely, Brenner said you should wrap the tooth up or put it in water, and try to get to a dentist within an hour.
The dentist may be able to reinsert your tooth using wire and a bonding agent to hold it in place if you arrive in time, Brenner said.
If you don’t want to go through all that, Brenner highly recommends mouth guards.
“They’re superb,” she said. “I have yet to see a child wearing a mouthguard get a broken tooth.”
But mouth guards prevent more than just broken teeth, according to Brenner.
Mouth guards protect kids from concussions, she said, because they absorb shock and keep the lower jaw from slamming into the skull or the upper teeth.
“A mouth guard is like a little insurance policy,” Brenner said.
Despite all the injuries that can be sustained while biking, in-line skating, and skateboarding — especially without protective equipment — plenty of kids still don’t wear helmets and other safety gear.
Fourteen-year-old Ernie Delvalle doesn’t wear any safety equipment, he said. He’s fallen off his bike, he said, but luckily only got scraped.
Patrick Lafferty, a Waterbury sophomore, hasn’t been quite so fortunate. Once when he was biking, he broke his right arm and spent two months in a cast, he said.
Though he’s also broken ankles and fingers and had concussions, he said he still bikes the same.
Andrew Signore, 13, wears a helmet. Though his mother tells him to, Signore said he’d wear it anyway.
Chippens Hill Middle School seventh-grader Daylene Pitch also wears a helmet, but only when she jumps.
When Rollerblading, she wears kneepads. Once, she said she flipped over the handlebars of her bike and sprained her wrist.
Eighth-grader Josh Wickstrom wears only a helmet, which he said is covered with “too many” stickers. He said he’s never broken a bone, but has gotten scraped.
Philip Cormier, a freshman at Bristol Central High School, said he never wears safety equipment. But he also said he’s never been hurt.
Even though not everyone without safety equipment gets hurt, Zempsky remains firm on the issue.
Safety equipment, Zempsky said, is “vital.”
Zempsky said he’s tough on his own two kids, too.
“If he doesn’t have a helmet, he doesn’t get a bike,” he said.

1. Always wear a helmet
2. Don’t ride at night
3. Wear wrist guards and elbow and knee pads
4. Stay out of the street, if you can
5. Have adult supervision