“Gen Zers” are best categorized as being the generation born into an expanding technological environment. The iPhone was released in 2007 when the maximum age of a Gen Zer was 10. By the time we were teens, we had wifi, cellular service, social media, easy communication, on-demand entertainment and constant connectivity. 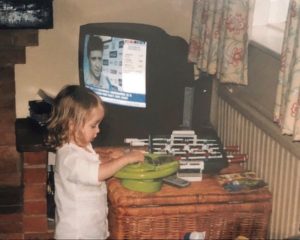 It’s no wonder the second choice of name for our generation was “iGeneration.”

Considering this, most of our trends came from social media and therefore were a lot more universal. For my parents’ generation, the trends could have been country-wide at most but hardly ever universal.

I could fly to rural China and probably still find someone who knows what Tik Tok is. This is the reason that with the arrival of 2020, there are many people who feel like we are saying goodbye to “our decade,” and because the memories of childhood we share are so widespread, it feels like a universal loss.

So for nostalgic purposes and to really reflect on our Gen Z childhood, here is a categorized list of some of the most significant things throughout my life and the lives of international classmates I surveyed.

To begin with, some childhood TV shows from some of our favorite channels: Disney, Nickelodeon & Cartoon Network:

And the movies we were able to watch on end:

Now, in Gen Z style, some of the most significant uses of technology throughout our childhoods and their release dates:

Direct technology wasn’t our only form of entertainment. Much came from the older generations:

And we can’t forget the music/bands:

It truly has been a wonderful decade and I hope this list invoked some nostalgia. 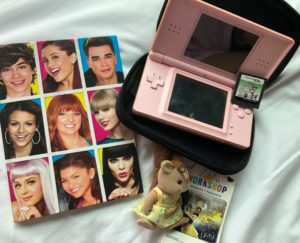 But as we reflect, we should also look to the future. How will we make the world better than when we got here? Each day better than the last?

I predict we continue to use our technological platforms for good, to spread sustainable ideas and to support one another.

The last decades for us were decades of nurture and learning, but for 2020 it’s time for us to take more action.

As we have just realized how fast time passes, don’t be afraid to pursue what you want.

So don’t be sad saying “goodbye to our decade” because instead, we should be excited about our ability to accomplish in the future.

Make this next one our most significant.