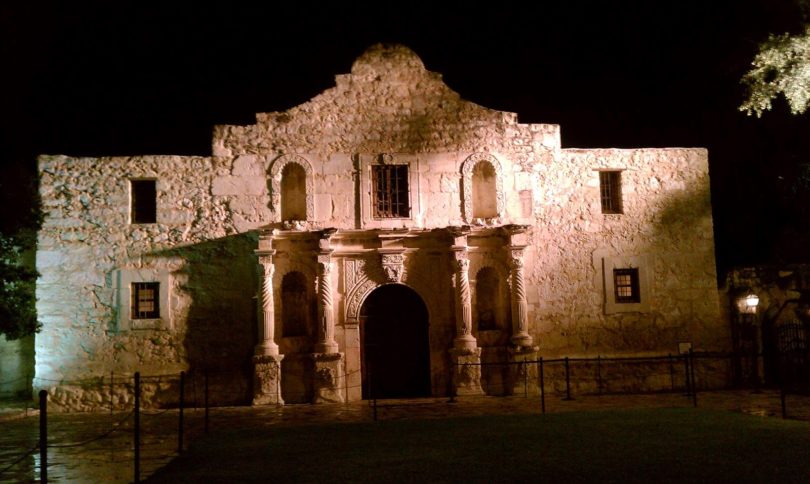 Nighttime at the Alamo in San Antonio, Texas. (YJI)
SAN ANTONIO, TEXAS – The phrase “Remember the Alamo!” is fairly well known, as is its inspiration.

Many Americans have some faint inkling of what happened here in 1836, but not much more than that.
I always imagined the Alamo as a stone building in the middle of a desert. I could not have been more wrong about the desert.

The Alamo today is a small complex of buildings, smack dab in the middle of downtown San Antonio. Across the street are haunted houses and a Ripley’s Believe it or Not museum. (“Tourist traps” according to my local volunteer guide.)
And there, right in the midst of all of this hustle and bustle, is the Alamo. 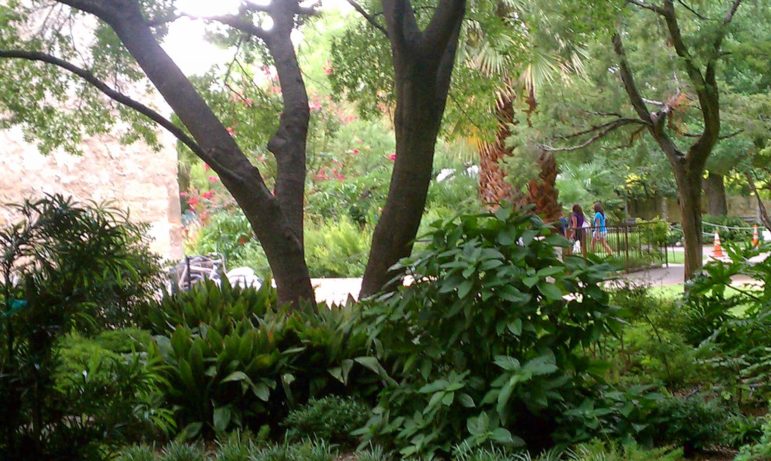 Some of the gardens behind the Alamo. (YJI)

The classic picture of the principle building shows the façade and the famous profile the top of the building makes against the sky. This headpiece – for lack of a better word – isn’t original, and wasn’t there at the battle. It was added afterwards, as much of the current Alamo was, by my estimate.

This sense of, well, not quite disingenuous, but lack of authenticity, makes the place less than breathtaking.
I must modify this with some acknowledgement that I’m not well-versed in Texas history, and so seeing the Alamo isn’t the culmination of any amount of study or interest – which some other places have been for me – but rather a historical place that happened to be on my way.
Ultimately, the Alamo itself isn’t impressive enough to wow the visitor unless he or she has a deeper understanding and appreciation of the struggle and sacrifice that occurred there than does your humble reporter.

The gardens, filled with giant cacti and short, shady trees, were quite nice, though. The peace and tranquility one can find there stands in direct contrast to the bloody history of this place. 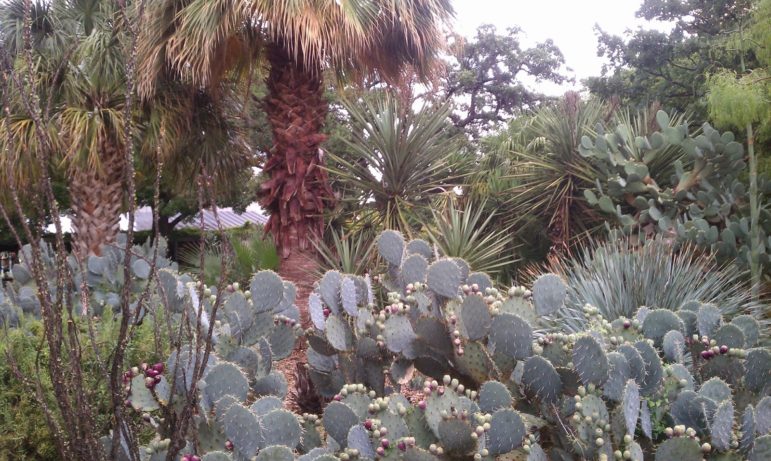 Large cacti are prominent in the gardens at the Alamo. (YJI)