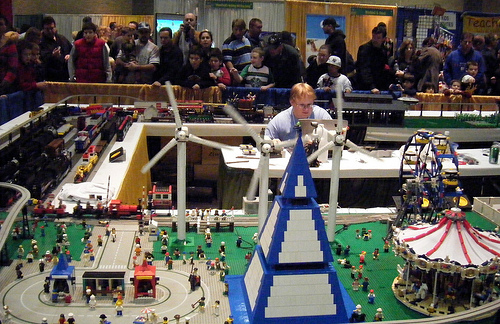 The first-ever Lego Kidsfest at the Connecticut Convention Center in Hartford. (Mary Majerus-Collins/YJI) 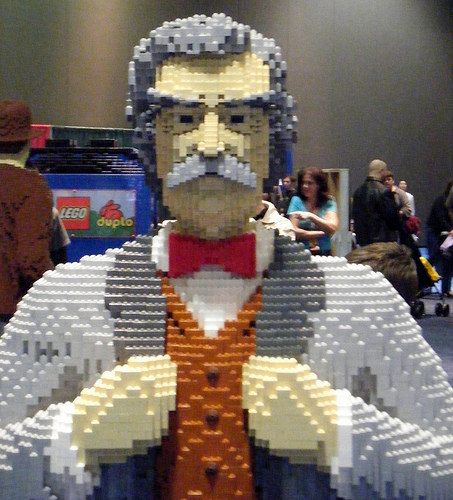 In normal life, it’s impossible to see creations involving tens of thousands of Legos, but this weekend’s first-ever Lego Kidsfest at the Connecticut Convention Center offered more than a kid can imagine.
The event was “cool and nice and creative,” said Louis Campbell, 12, of Horal Park, New York.
Livnette Negron, 15, of London, Connecticut, who came with her family, said the festival was “pretty good” and she liked the big sculptures.
She said she didn’t have a favorite from among the many Lego displays because she liked everything she saw.
Though the festival included an excess of advertising and merchandising that had nothing to do with Legos – and too crowded and loud, too — the stuff involving the famous plastic bricks proved it could please the crowd.
They packed the railings Sunday to see a cityscape made from Legos that included cars, trees, trains, skyscrapers and more.
Another cityscape had four trains and an Eiffel Tower. Beside them were three wind turbines made of Legos – one of them with a tiny Abraham Lincoln on top.
It was astonishing to see all the moving parts involved.
Others made, an entire set of Harry Potter characters out of Lego bricks, including Hagrid, as well as a life-size Santa Claus, Batman, many Star Wars favorites, a Chinese dragon and even a random guy sitting on a bench with bird’s nest on his head.
At the Lego zoo, they had Lego dogs, a Lego crocodile and more. A sign, also made from Legos, warned visitors not to feed the animals.
Most of the youngsters attending the fair were probably in elementary school. They generally appeared to be having fun.
Some, though, were crying to get some cotton candy.
A little boy was eating a Lego. 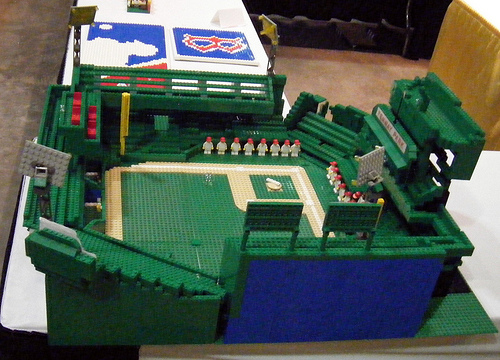 They had a Lego cake in one area. Nobody tried to eat it.
Among the many booths where vendors tried to make some money, someone had real butterflies and another, advertising a magician, had a real bunny.
A lot of free stuff was lying around, like magazines and samples.
One of the freebies was a Bionicle coloring book whose writer, Greg Farshtey, was signing.
Farshtey, who lives in Connecticut, said that when he writes a comic book, the dialogue is the easiest thing to get right.
One of the hardest things is to do, he said, is to describe to the artist who draws the pictures exactly what is happening in the scenes that need illustration.
Farshtey, who’s been writing the Bionicle comic book since its inception in 2001, said he’s done every issue. It’s an ongoing saga, he said, that is on its fifth story. Each story usually takes two or three years worth of issues to finish.
Because of the popularity of the Bionicle line of toys, Farshtey may be the world’s most circulated comic book writer. He works for the Enfield, Conn.-based Lego Systems. 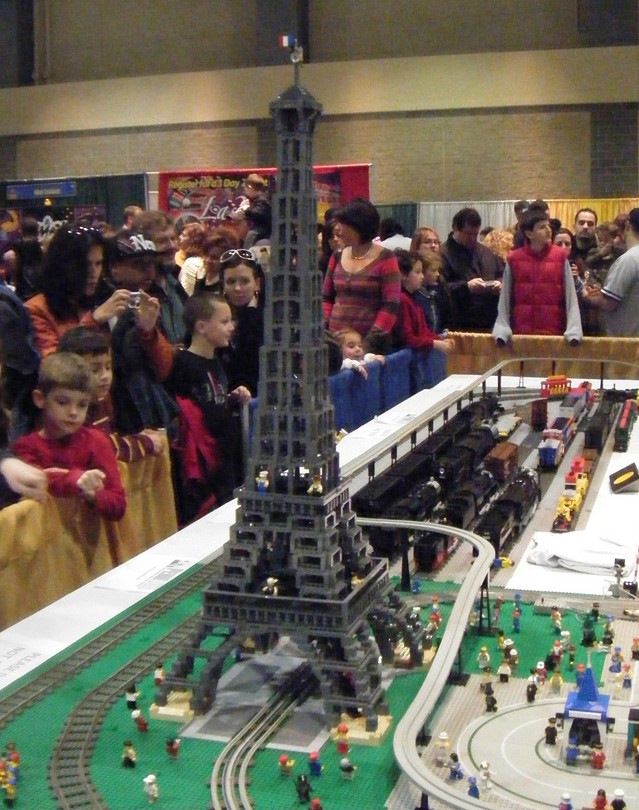