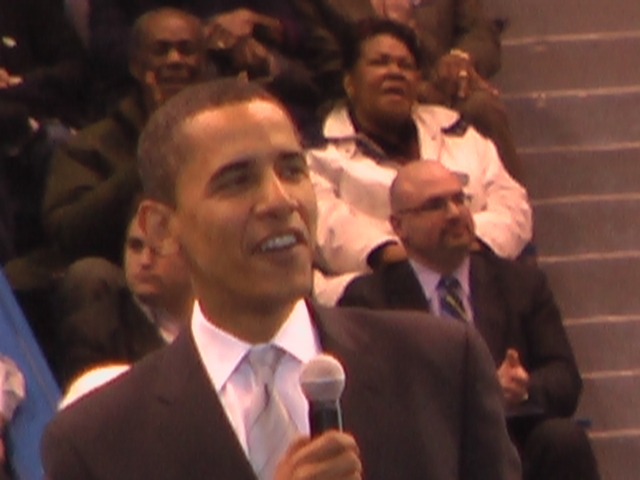 St. Ann’s Bay, JAMAICA – As the U.S. presidential election comes to a head, there is excitement stirring among many young Jamaicans over the prospect of a victory by Sen. Barack Obama.

In recent interviews, teenagers in the Jamaican parishes of Clarendon, St. Mary and St. Catherine in essence expressed the same views.

Quite a few Jamaican teenagers are buying into Obama’s message of change.

Tomorrow, United States voters will decide who they want to lead them out of their crises and into the prosperity the future holds.

Jamaicans may not have a say in their decision but they surely will be affected by it. Whatever the results though, many teenagers in Jamaicans support Obama.

Anthony Hooper, 16, of Clarendon, emphatically said Obama will win the election on Tuesday.

If Obama wins, “it would prove that the world has finally moved past racial segregation,” said Hooper, an 11th grade student at Cornwall College High School.

Obama’s plans are by far superior to and more practical than those of his rival, Sen. John McCain, said 18-year-old Tiffany Hedge of St. Catherine.

“It is a reality that people are mortal,” said Hedge, a post-graduate student at St. Mary High. “Should John McCain take over and loses his life – God forbid – Sarah Palin will have to take over. She was a poor vice-presidential candidate choice from the start as she hasn’t a clue what is going on.”

Asked how they thought the results of the election would affect Jamaica and its economy, the youth all pointed to the current economic crisis and said they see Obama as the only hope for ensuring that Jamaica and other Caribbean territories are spared the effects of the disaster.

“Maybe as president he will forgive some of Jamaica’s debt to the US,” said Janeth Diggs-White, 17, of Clarendon, who is a post-graduate student at Glenmuir High School.

“If Obama wins, there might be some hope for Jamaica due to the increase in business,” Simpson said, “which could mean an increase in employment for Jamaican-Americans, which would equate to an increase in remittances, maybe foreign visitors and overseas investors even.”

And Kerry-Ann Shadeed, 18, of St. Mary who is a post-graduate student at St. Mary High School, passionately shared Simpson’s view.

According to a recent article in the Jamaica Observer, the teens are in synch with the rest of their country. The newspaper reported that 95 percent of Jamaicans support Obama, a Democratic senator from Chicago.