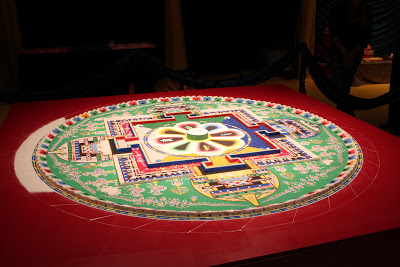 By Bwette Daniel Gilbert
Senior Reporter
Youth Journalism International
KAMPALA, Uganda – With a youth population of almost 70 percent,
Uganda is one of the youngest nations in Africa.

Last week, as part of Global Youth Service Day, young people from
many organizations worked together to make improvements at a school for the
deaf.

Under the umbrella organization Generation Change, youth helped
paint classrooms at the Uganda School for the Deaf in Ntinda, a short distance
outside the capital city of Kampala. They planted a tree in the school garden
and took part in interfaith prayers.
In Uganda, a massive influx of youth from the rural areas is
moving to Kampala. The Kampala City Council Authority is stretched with the
growing burden of sheltering and feeding this population as well as trying to
keep the city and suburbs as clean as possible.
Getting youth involved in responsibilities and letting them know
how important it is to keep the city clean, as well as other things like planting
trees has been one of the toughest jobs city authorities have had to learn to
live with.
But with the emergence of joint youth-led organizations such as
Generation Change, the job has started to become easier.
Now, youth come out voluntarily to take part in cleaning the city.
But is it truly Generation Change? Why do young adults trust it so much, to the
extent of rendering their services and time for the benefit of the society?
Ahmed Hadji, one of the team leaders, explained.
“Generation Change is an international, interfaith, joint
organization dedicated to young leaders, entrepreneurs, and innovators for the
purpose of sharing new ideas and information; networking and celebrating a new
generation of change-makers in Uganda that is powered by the U.S. Embassy of
Kampala,” said Hadji.

Another Generation Change team leader, Wakib Bunya of the Open
Space Forum, said young people want to make a difference. The National
Resistance Movement, Uganda’s current government, Bunya said, “neglects development
made by other regimes,” including that the school for the deaf was built during
the regime of former dictator Idi Amin.

“But the development is in a sorrowful state, so as youth we
have decided to complement the work of government by giving back,” said Bunya,
in the form of renovations to classrooms, planting a fruit tree in the school
garden and more.
Global Youth Service Day, a campaign of Youth Service America, an
international leader in the youth service movement, is celebrated each year in more
than 100 countries, with young people working together on important issues and
to change their communities.
In Kampala, youth came from various organizations such as Uganda
Youth Advisors to Washington, secondary schools and Rotary Interact clubs,
Muslim Student Associations, university debate clubs, Rotaract clubs and other
university organizations, the Bavubuka Foundation, Students for Global Democracy,
Green Light Movement with additional help from the Uganda Muslim Youth
Development Forum, Open Space Centre and African Youth Development Link.