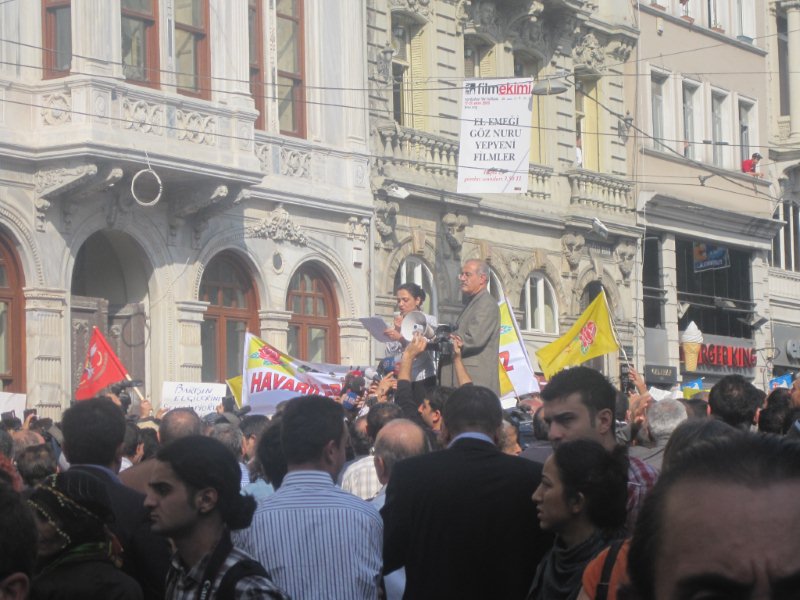 ISTANBUL, Turkey – While strolling a quiet street near the Taksim Square in Istanbul’s city center, I suddenly heard the sound of a helicopter circling over the main street, not too far away. I wondered what was going on and decided to go take a look.

When I got there, I saw a group of demonstrators. The crowd clapped and chanted slogans as a woman spoke through a megaphone.

I noticed a camera crew standing on a balcony, filming the crowd. A lot of people with cameras were on the ground, too. 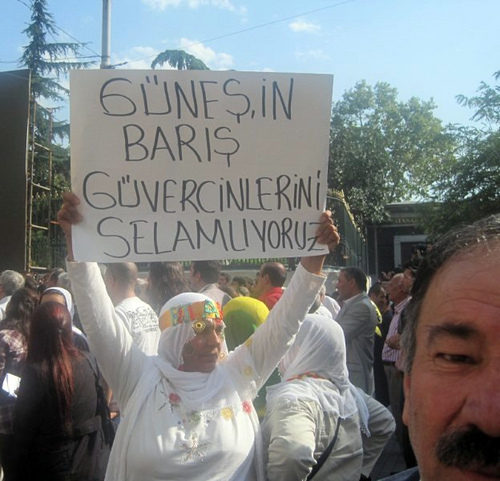 The police were there as well, equipped with safety gear and riot shields.

A little further, someone waved a flag with red, green and yellow. Some people wore scarves in these colors.

Not far from me, a woman with a headscarf held up a sign.

Despite the number of policemen standing by, everything seemed rather calm, and it didn’t look like the police expected things to get out of control.

I tried to find out what was going on by asking some of the demonstrators around me. This proved to be more difficult than I thought.

One man next to me started to speak with conviction, but unfortunately I didn’t speak his language.

I asked some other people, but none of them spoke English either.

Then a man in front of me gestured at the crowd and then pointed at himself.

I asked him if he was Kurdish and he nodded. 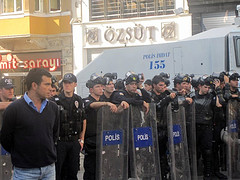 “Freedom,” he added, before turning to applaud again.

I later learned this was a demonstration of supporters of the Kurdistan Workers’ Party (PKK) to support a government plan for more freedom for Turkish Kurds.

It wasn’t long before the demonstration seemed to be over.

The crowd started to disperse rather quickly and it looked like the policemen are about to leave as well.

In just over 15 minutes, it appeared that nothing had happened.

Caroline Nelissen is a Reporter for Youth Journalism International. 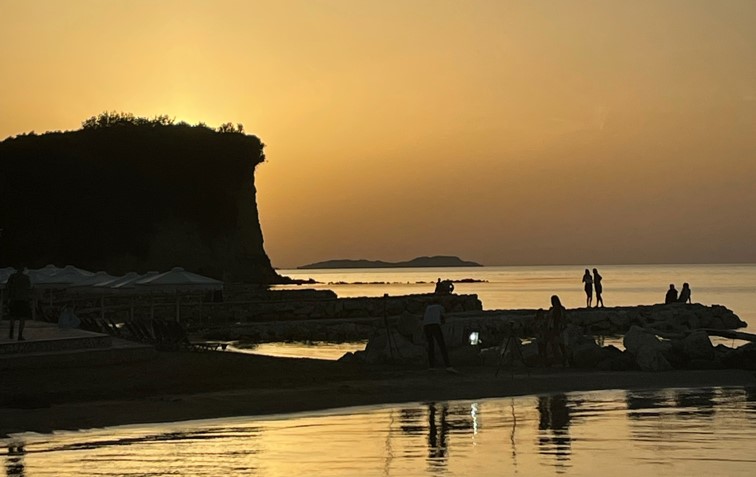 Corfu, GREECE – Early in the summer, I made my first trip to the beautiful Greek island...