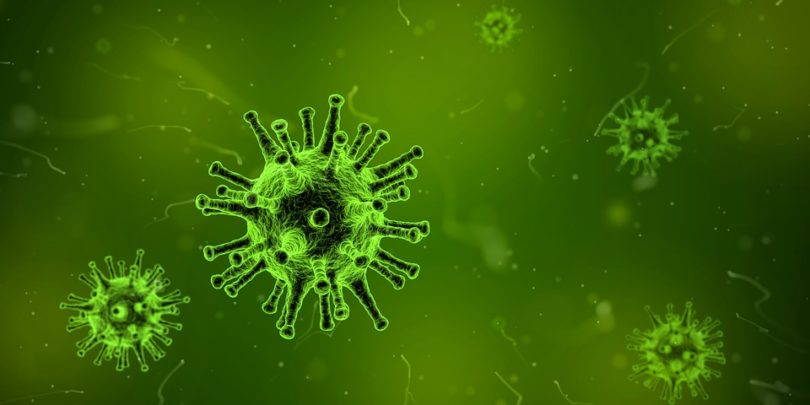 LIMERICK, Ireland – Two long weeks of body aches, coughing fits, a constant headache and an extremely messed up body temperature.
These are just some of the joys of the most fashionable disease of the season – the flu.
Like many people, I spent the first few days in denial about my symptoms.
“It’s just a head-cold. It’ll be gone by tomorrow!” Alas, by the next day I was completely confined to my bed with just a cold cloth and a lot of painkillers for company.
For me, the worst part of any kind of flu is trying to sleep. It’s torture. Falling asleep is reasonably easy, but it’s only a matter of hours before I wake up with the dreaded chills – my whole body shaking while sweat simultaneously drips from my forehead.
It is only then that I feel the inevitable scratch in my throat and I realize that I won’t be able to last another minute without drinking some water – but of course the glass on my bedside table is already empty. Every moment of the trek to the kitchen is spent fighting my body’s urge to collapse and never wake up again.
Finally I arrive back in my bed, hydrated and wearing an extra layer of clothing to protect from the chills. Now I’ve the task of getting back to sleep, only to go through the whole ordeal again a few hours later – not to mention the dreaded fever dreams, which wake me up in tears at six every morning, never to get back to sleep.
Of course, having the flu during the day isn’t any fun, either.
There isn’t much to do when you’re stuck in bed with a fever that won’t seem to subside, a cough that clogs up your lungs and a headache that makes reading, listening to music or even thinking too painful to bear.
The decision to venture downstairs to see what’s happening in the world beyond your bedroom hardly even seems worth it. Not only will it tire you out for the next two days, but if your family is anything like mine, they will cover their mouths and run away as soon as they hear you approach.
The first few days of the flu are undoubtedly the worst, the days where you feel at your least hopeful, like you’re never, ever going to be healthy again.
I thought I was extremely lucky, in that I began to feel way better after just three or four days.
I immediately began to take advantage of the situation – walking down the stairs more than three times a day, only taking my medicine every five hours instead of four, even taking a shower!
But then the inevitable happened – I went too far, too fast. Thinking I was ready to go out, I actually forced my poor destroyed body to get dressed up and go to a club.
Everyone around me could see it was a bad idea, but I was insistent.
“I told you so!” was the phrase of the day when I was carried home after collapsing in the club after an hour.
Since then, I’ve been adhering to my doctor’s advice and staying indoors. This is partly because I really don’t want to pass my misery on to anyone else – especially someone who might end up with a worse case than me – but mostly because I want to make sure that I’m fully recovered before I risk exposing my body to any more trauma.
No matter how bored I am, how worried about missing so much school, how much better I feel, I know that I have to be patient and let this virus pass through my system before I try to go back to regular life.
Hopefully, I’ll get there soon!

Marese Heffernan is a Senior Reporter for Youth Journalism International.