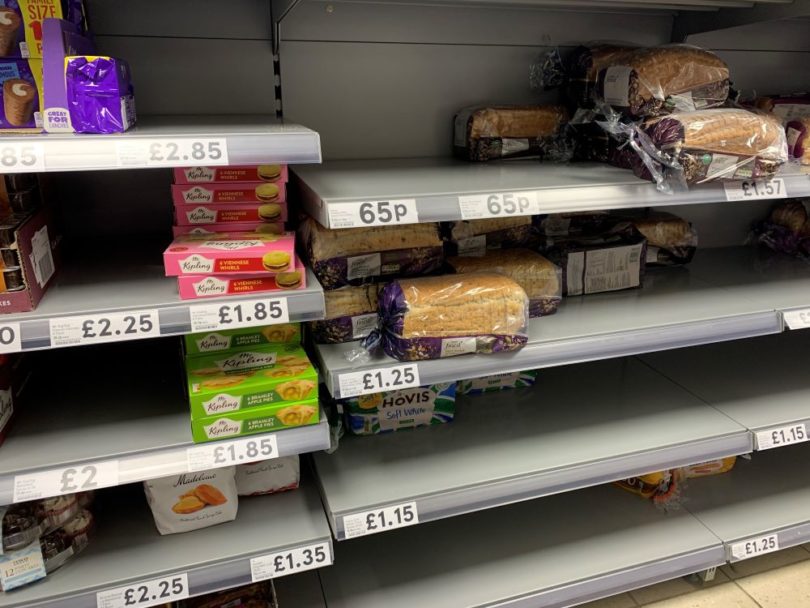 Food shortages are the new normal. Sometimes shops are not able to stock some items for weeks. (Xena Frailing/YJI)

It wasn’t just because government incompetence in controlling the pandemic had turned our lives upside down or the severities of the crisis leading to a possible economic depression.

On that day, secondary school students were given the worst – or best, depending how much you were revising for exams or lucky enough to get good mock grades – news of all time.

Our exams were cancelled indefinitely. 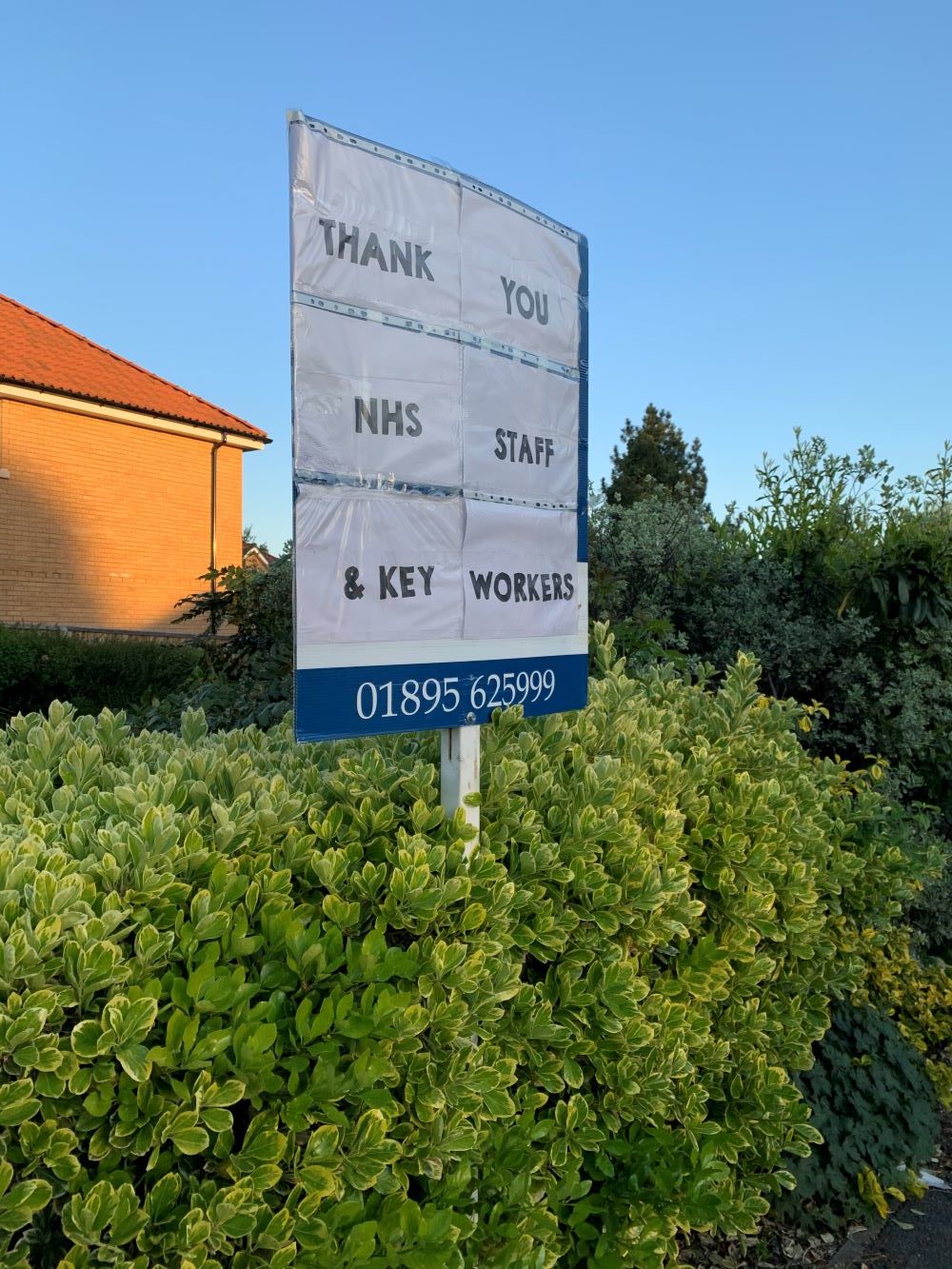 Thanking the National Health Service and essential workers is becoming more widespread due to the pandemic. (Xena Frailing/YJI.)

But it was also an unexpected and sad end to a school year. People were expected to self-isolate – and students and teachers had never thought of such an ending.

Over the next six weeks, we began to see the bigger impact of the lockdown. It completely changed life in London and now there is simply nothing of what really makes it London anymore.

Now just an historic deserted island, the place every city fanatic once loved but is now frightening because of a toxic virus that no one can control.

With London having the highest death toll in the UK, the surrounding towns and cities are ever so empty.

Coming from the West London suburbs, I’m used to the quietness of my town. But when I’m out taking an essential bus journey to a shop or pharmacy in London, I don’t see anything. Not even a human being. It’s like living in an eerie, alternative reality. 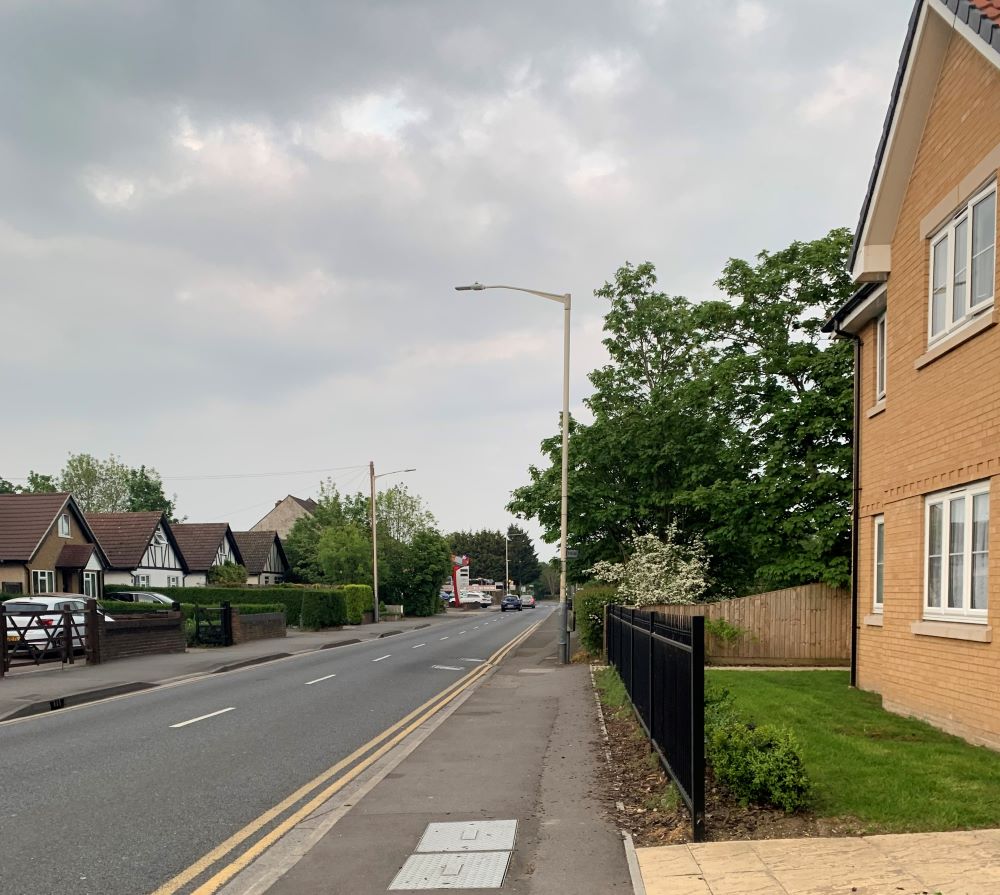 Roads in London are much quieter than usual. (Xena Frailing/YJI)

It’s much like what is depicted on “28 Days Later” except it’s less messy.

In London, all non-essential shopping – clothing and beauty stores, gaming shops and the like – temporarily stopped. Essential places like convenience stores, supermarkets, pharmacies and government offices have restrictions on how many customers are allowed inside. There are barriers at customer entrances and checkout lines to ensure that shoppers stay apart and the virus does not spread further.

Many stores have adopted a one-way traffic pattern to tackle this as well.

Like all other countries within the world, we also have suffered food and product shortages due to covid-19 and many stores often do not have the basic necessities such as bread, rice, pasta, soap and hand sanitizer.

Signs telling customers to keep at least 2 meters away from people have become common. (Xena Frailing/YJI)

Although in recent weeks this has significantly improved, some items, such as eggs, are still hard to find. It’s caused some people to eat less of their favorite foods because they don’t know how long they will have to wait for stock to return.

There is also a strict enforcement of the stay at home order.  You are technically not allowed to go outside at all except to go to the essential shops or to catch some fresh air or do some outdoor exercises. Outdoor exercising now has stricter regulations and ignoring those can result in a warning from the police and a £30 fine. Repeated breaching could land you in court.

As the National Health Service is underfunded, hospitals have been under pressure to tackle rising patient admissions with a limited amount of beds.  In response, the government built temporary hospitals especially for covid-19 patients called Nightingale Hospitals. Named after history’s famous nurse, Florence Nightingale, the first of these new facilities is at London’s Excel Centre.

London is now set to be reducing some lockdown restrictions due to decrease of patient admissions and the thought that the city has passed its peak number of cases.

It all makes Londoners like myself realize that sometimes it just important to take some time for yourself and do the things you want to do. With the city heavily focused on careers and opportunities, sometimes it can cause people to get lost in career pressures. The stress can mean less time on what personally matters most.

Xena Frailing is a Junior Reporter with Youth Journalism International.

Pekin, Illinois, U.S.A. – Just a typical Saturday driving around town, but this time, we were on a...