Screenshot of the cover from the private Facebook group, Ohioans for the Arrest and Conviction of Governor Mike Dewine.

Piqua, Ohio, U.S.A. – Militias and paramilitaries have become an increasing threat in the United States, as political, economic, and racial tensions rise.

The plot to kidnap and possibly murder Michigan Gov. Gretchen Whitmer is the most prominent example of their danger.

Simmons, who alleged the conspiracy in October, is an administrator of the private Facebook group “Ohioans for the Arrest & Conviction of Governor Mike DeWine.”

The group membership is thousands strong, each member holding the same belief, that DeWine is a criminal and should be put on trial for his crimes.

The “crimes” listed on the group’s page are manifold, ranging from bribery to terrorism. The bulk of these allegations, however, stem from his coronavirus-induced lockdown policies.

Almost all these claims are unsubstantiated, yet the Facebook forum has become a meeting place for people across the political spectrum, from avid Trump supporters to anti-government libertarians.

Simmons said he met Turner in the Facebook group.

They took a liking to one another, he said, with Simmons even voting for her as a gubernatorial candidate in 2018. As recently as Sept. 4, Simmons said in a Facebook post that Turner would be a “great governor.”

But their relationship soured, he said, and eventually Simmons blocked Turner from the group for spreading “crackpot” ideas on his forum.

Turner did not respond to requests for comment, but in other interviews she has denied Simmons’ allegations.

Simmons thought that blocking Turner would be the end of it, he said, until she called him Oct. 16 with a startling idea.

“Ms. Turner told me that the reason for this gathering was to arrest the governor,” Simmons wrote in a Facebook message to a Youth Journalism International reporter. “I asked her if she had been successful in finding a prosecutor to take on the task of getting an arrest warrant for Mr. DeWine. She stated that this was not going to be done through that process, but that he was going to be arrested by ‘we, the people.’ I then asked her which court this case would be tried through, and she said this case would also be tried by ‘we, the people.’”

Simmons said that when he questioned what the charge against DeWine would be, Turner responded, “Tyranny.”

Turner wrote a declaration on her Facebook page on October 22 calling for the removal of DeWine “because he is a Tyrant and he will be punished as such.”

When Simmons asked Turner what punishment would fit the charge, he said she responded, “Well, the penalty for that is usually death.”

According to Simmons, Turner also suggested exiling DeWine “like Napoleon” and said he could get “shot on sight” if he attempted to re-enter the state.

Shocked, Simmons said he filed a report with the Piqua Police Department.

In the case report, provided by the Piqua Police Department, it shows that Simmons made the complaint about the phone call from Turner on Oct. 26.

According to the complaint, Simmons “explained that he has submitted affidavits to the state of Ohio filling charges of tyranny against Governor DeWine recently, but the state did not accept his charges.”

The report went on to say that Simmons told police that Turner “was organizing a group of people who intended to go to the governor’s residence and arrest him for tyranny.”

Simmons told Turner he didn’t want to be involved, he told police, who said he was not able to provide any other information about Turner or the plan.

Ohio state Rep. John Becker, a Republican and anti-lockdown activist who has sought to have DeWine removed from office, praised an unnamed “hero” for blowing the whistle on the supposed plot in an Oct. 21 YouTube video.

“The plot did not materialize, the governor was never in danger and it’s all because of this hero in Piqua,” Becker said in the segment on his YouTube channel, lamenting that he could not identify the “hero.”

Simmons, who said he and Becker are friends, revealed his involvement in an Oct. 28 television broadcast on the Fox 45 program “Dayton 247.”

In his interview with YJI, Simmons said he feared physical retaliation.

He noted that some comments on Becker’s video – now deleted – said he would be “dealt with.”

Despite that, he later made a lengthy post in the private Facebook group that he “did the right thing,” and “would not change one thing in my reaction to this mess.”

The Ohio State Highway Patrol is looking into the incident.

“I can confirm we were made aware of the information reported to the Piqua Police Department and are currently investigating the incident. For security reasons, the Patrol does not discuss the details of threats or safety issues involving the governor,” said Craig Cvetan, a spokesman for the Ohio State Highway Patrol. 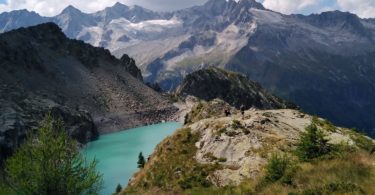