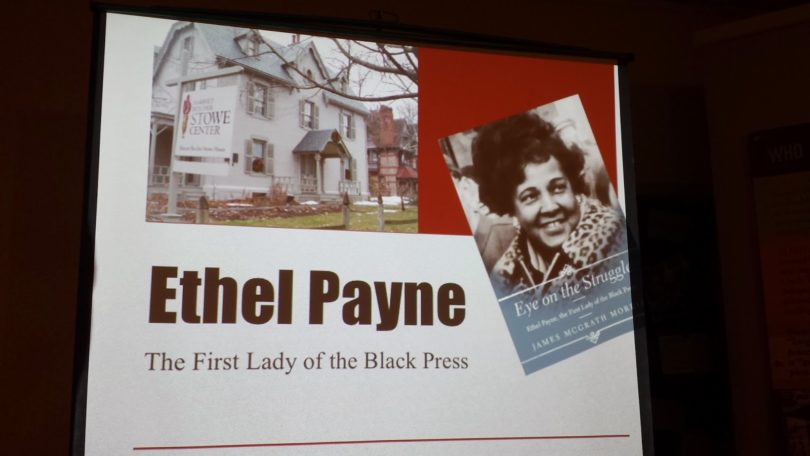 HARTFORD, CT, USA – In writing a biography about pioneering black journalist Ethel Payne, author James McGrath Morris faced more than the usual hurdles for a biographer who’s
made a career writing the history of journalism in America.

“Can an old white guy write a book about a black woman in the ‘50s?” Morris recounted asking himself.
Morris recently spoke about his new book, Eye on the Struggle: Ethel Payne, the First Lady of the Black Press, and about Payne’s place in history at the Harriet Beecher Stowe Center in Hartford.

Payne, a largely forgotten trailblazer who covered the civil rights movement for The Chicago Defender, made her mark by asking tough questions and braving conditions that could often be foreign or hostile. Through it all, she blurred the line between journalist and activist.
“Ethel Payne said she couldn’t be objective,” said Morris, “but she could be fair.” He said he hoped he could do the same, even though he came from a wholly different background than Payne.
Many white Americans had no idea about Payne’s influence, Morris said. 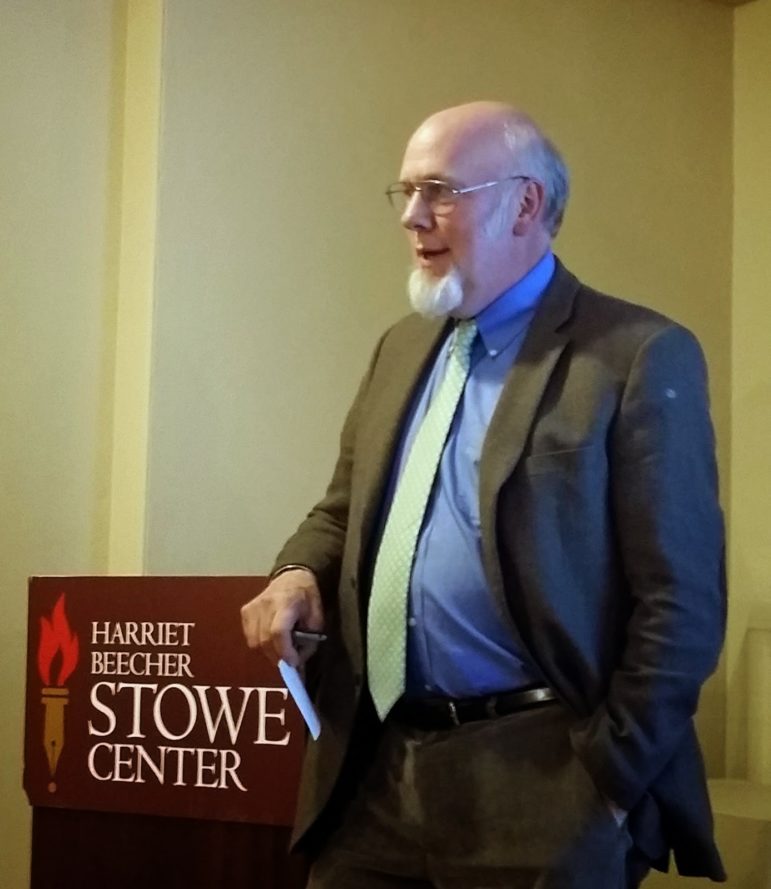 “I had to explain, even to my editors, the importance of the African-American press in 20th century America,” Morris said. Foremost among that press was The Chicago Defender, Payne’s newspaper for much of her career.

“Whites in the south feared The Chicago Defender” said Morris. Because receiving the Defender in the mail could be dangerous, southern blacks brought the paper in to local barbershops via railroad workers from Chicago.
“This was a newspaper with tremendous reach,” Morris said.
Morris said that Payne faced long odds when aspiring to a professional career. Seven in 10 black women in Chicago were employed as domestic workers.
But Payne had advantages, too. She went to the best high school in Chicago, and had the same English teacher as Ernest Hemingway.
Morris said that above all else, he admired Payne’s courage. He cited the time Payne attended a White House press conference and confronted then-President Dwight Eisenhower about civil rights as an especially brave moment.
Payne was not only courageous, but willing to sacrifice.
“She gave up her personal life to do this,” Morris said. He said men who expressed a romantic interest in Payne usually indicated she’d have to give up reporting to be with them.
Morris said it’s important that people learn about the “foot soldiers” of the civil rights movement, and not just the icons.
“Unless we include people like [Payne], we get the McDonald’s version of history,” said Morris.
But he said the book wasn’t only for the readers – it was for him, too.
“I would write this book if no one read it for this reason alone,” said Morris. “It changed me.”
Kiernan Majerus-Collins is a Correspondent for Youth Journalism International.
***
Your tax-deductible contribution can help support this nonprofit at
www.HelpYJI.org