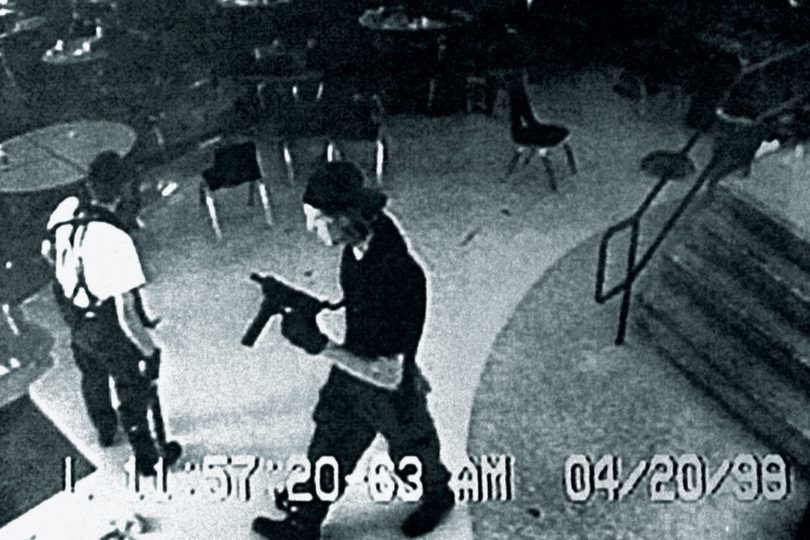 BRISTOL, Connecticut, U.S.A. — Tuesday night around 10:30, I was checking my e-mail when my mom walked into my room. “Could you check up on that Denver shooting for me?” she asked
casually. “I’m giving a presentation on violence in the schools for work and I want to bring this up.”

I sighed, but got on the web and was almost as shocked as my mother when I read that possibly 25 kids had died. My mom started to cry.

“How can I go to work tomorrow and try to explain to people that having an enforcement officer or a mediation program will make their children’s schools safe after this?” she said tearfully. “How can I send you to school on Monday and be positive that you’ll come back alive?”

I didn’t know what to say, so I remained silent until she left the room.

At this point, I was pretty upset, but I went back to reading my e-mail.

I had almost forgotten about the incident when my friend Spencer came online. An instant message from him popped up. It said, “Guess what?”

And he proceeded to tell me that his cousin had been killed during the Littleton shooting. That was when it hit me. The people who were shot and killed were real people. They were the brothers, sisters, friends and cousins of real people.

And that made me think of my own cousin who lives (luckily) in another suburb of Denver. I was relieved that it wasn’t her neighborhood but at the same time I was afraid that it could have been her ­ or just as easily my own ­ school.

“The ‘Trench Coat Mafia’ didn’t think about who they were killing,” said Steve Parish, a junior at Manchester Central High School in Manchester, N.H.

The dozens of people killed and injured could have been anyone. The scariest part is, no one made a move to stop them before it happened.

The members of the Trench Coat Mafia “were quoted again and again saying, ‘The jocks will pay’… they had a web page depicting a hit list,” said Parish.

Hopefully the reality of this tragedy will have an impact on taking gun control and violence prevention more seriously.

Natalie Minor is a Reporter for Youth Journalism International.