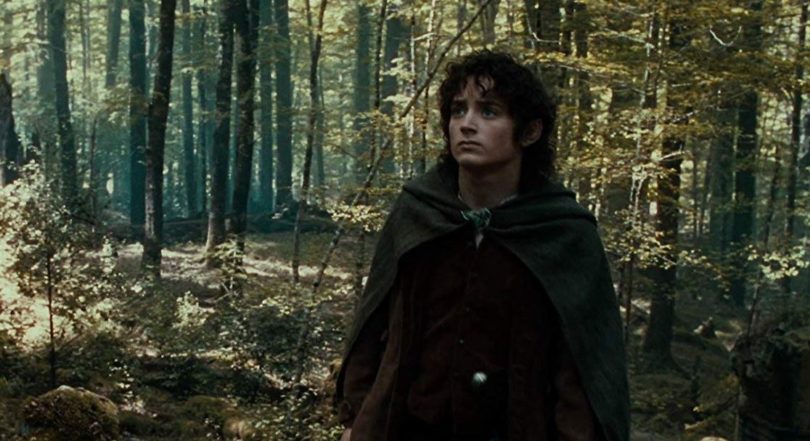 Welcome to the Lord of the Rings: The Fellowship Of The Ring.

SINGAPORE — Christmas came early this year, celluloid-wise, anyway.
Adding to the largesse of Ocean’s Eleven, Vanilla Sky, The Score and Harry Potter, the first installment of Tolkien’s classic trilogy, The Lord of the Rings introduces to movie audiences the enchanted world of Middle Earth and its memorable inhabitants — men, hobbits, elves, dwarves, wizards, trolls and orcs.
As a rabid Tolkien fan and fascinated by the ground-breaking epic of good versus evil, extraordinary heroes, wondrous creatures and dark armies of terror, I was transfixed for an exhilarating three hours.
The film keeps to the book, sure, but not slavishly so. Opening with a lucid voiceover and spectacular battle scenes, the epic narrative condensed the otherwise complicated story of the One Ring, its long-ago loss and how “history became legend, and legend became myth.”
If you loved Harry Potter and Star Wars, you’re ready to “move on to Tolkien,” as director Peter Jackson (Heavenly Creatures, Meet The Feebles) put it.
Neither a tear-jerker nor an over-sentimental melodrama, The Fellowship of The Ring, the first installment of the $300 million trilogy, is poised for takeoff. – helped along by the multihued, rich and varied landscapes that Jackson filmed in New Zealand .

In this film, the One Ring, lost for 2,000 years, comes into the possession of a hairy-toed tunnel dweller hobbit named Bilbo Baggins (Ian Holm). However, Bilbo’s nephew, the shy young hobbit and Ring bearer, Frodo Baggins (Elijah Wood), is the true inheritor of the Ring.
No mere trinket, it’s the source of evil and corruption that could allow the evil Lord Sauron to rule Middle Earth and enslave its peoples.
The hobbit is unaware of what he has inherited, but the good wizard Gandalf the Grey (Ian McKellen) begins to suspect.
Unfortunately, so do more sinister players: the resurrected evil wizard Sauron and the once-good Saruman (Christopher Lee), who has sold out to the dark side.
Leaving his pastoral Eden home of Shire, the unlikely hero, Frodo, is caught up in a war of mythic proportions in Middle Earth, a world full of magic and lore.
He begins his odyssey with a loyal fellowship of curly-haired hobbits, Samwise (Sean Austin), Merry (Dominic Monaghan) and Pippin (Billy Boyd). The fellowship forms with the addition of brooding and mysterious Aragorn (Viggo Mortenson), the warrior Boromir (Sean Bean), the affable warrior dwarf (John Rhys-Davies) and elven archer (Orlando Bloom).
Their mission is to safeguard Frodo the Ringbearer and, together, they must take The Ring across Middle Earth to the Crack of Doom, where it first was forged, and destroy it forever.
The journey means venturing deep into territory held by the Dark Lord, who is amassing an army of orcs.
And it is not only external evils that the Fellowship must combat, but also internal dissension and the corrupting influence of The Ring itself.
The course of history is entwined with the fate of the fellowship.
Tolkien described the book as “immensely long, complex, rather bitter and rather terrifying romance, quite unfit for children (if fit for anybody).”
Indeed, the Fellowship of the Rings defines the archetypal struggle between good and evil, setting the benchmark for the fantasy genre in its creation of an entirely new and thrillingly believable universe.
Most of all, it celebrated the power of loyal friendship and individual courage, a power that may hold at bay even the most devastating forces of darkness.
The mythos, landscapes and creatures Tolkien created and Jackson filmed are so awesome that I was spellbound.
The incredible, unforgettable scenes included Gandalf battling the evil wizard Saruman; the demon Balrog threatening the Fellowship; Frodo trying to evade the evil forces let loose in pursuit of the Ring, most dramatically the Ringwraiths — black, hooded horsemen who answer only to Sauron; the four hobbits rolling down the hill; and the brave elf Arwen (Liv Tyler) giving up immortality for the love of Aragorn.
Elijah Wood, with his beguiling wide-set, intense blue eyes framed by perfectly-arched brows, is clearly the Chosen One. He is a natural when tasked with saving denizens of Middle-Earth.
Ian McKellen, with his pointed hat and long white beard, demonstrates his formidable acting range and is both thunder and lightness.
As Saruman, Christopher Lee almost reprises his role as veteran villain Dracula. As always, Cate Blanchett is ethereal as stately queen Galadriel, a role made for her since Elizabeth.
Lemony Snicket’s opening paragraph of A Bad Beginning warned readers, “If you are interested in stories with happy endings, you would be better off reading some other book.” That’s good advice still for Tolkien’s tale.
I’m warning you that The Lord of the Rings is a complex story with innumerable characters. It’s highly addictive and intoxicating, dark and laced with images of war and sorcery.
The movie is hobbit forming and I’m so enchanted that I’m going to get a tattoo of “The Ten” (the hobbit actors got matching brotherhood tattoos in elf script that says “The Nine”) when I visit New Zealand next year, to see my much-loved Middle Earth.