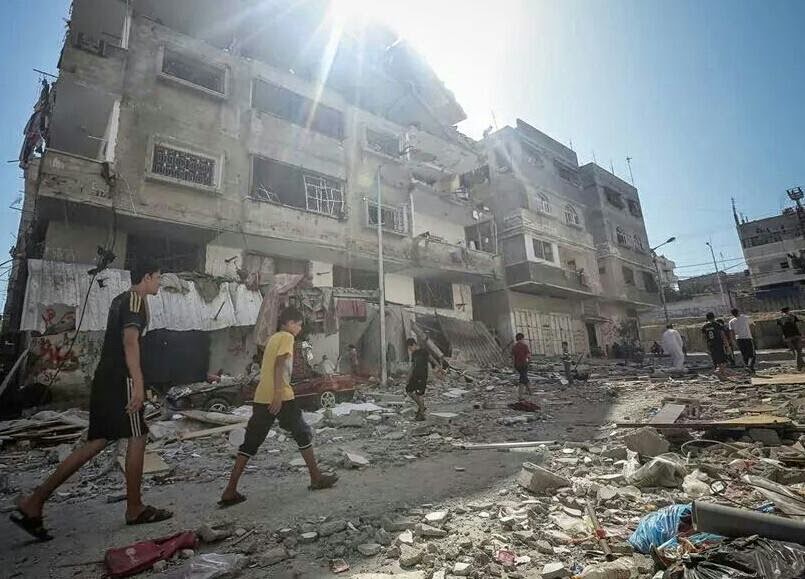 A street in Khanyounis, a city in the southern part of the Gaza Strip. (Salama S. Salama/YJI)
KHANYOUNIS, Gaza Strip – I used to think I suffered a lot compared to other teenagers across the world. Lately, though, I realized I didn’t fully know the true meaning of suffering.

At first, it was a siege. Because Gaza is confined by a closed border with Egypt on one end and Israel on the other, there is no way to get out and no way to bring necessities in. 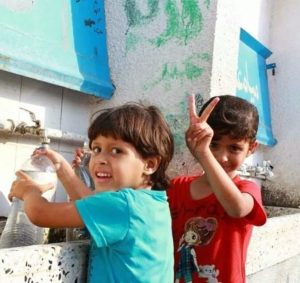 Since 2007, we’ve had a shortage of life needs, from electricity to water to food, but that is all
nothing. Literally nothing.
But the past couple of weeks, the more than 1.5 million people here in Gaza have lived in an endless nightmare.
I can only talk about mine.
The first few days it all seemed to be like any other day of fighting: they bomb a couple of empty pieces of land and it all ends.
But then, I started to see people falling all around me, houses turned to ashes, schools becoming as flat as the ground and body parts all over the place.
And then the unstopping, heart-stabbing sound of ambulances that get your mind wilder than you could have ever imagined, picturing all your loved ones while hearing only two voices in your head – one that says, Yes it is
him or her while the other one denies it. And in my mind, I hear the cries
of heartbroken mothers and the silence of helpless fathers.
This kept on going endlessly. I thought nothing could be worse, but the military assaults never cease to amaze me. On the 20th of July, it took them one hour, only 60 minutes, to take 65 souls and cause more than 250 injuries in the same place.
No human can bear such a thing. 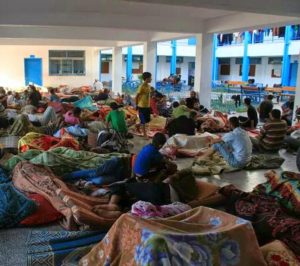 Displaced people who fled their homes, or
whose homes were destroyed in the bombings,
shelter here in a school in Khanyounis. (Salama S. Salama/YJI)

No human can do such a thing.
My phone never stopped ringing that day. I found more than 30 missed calls from my sister in the United States. When I talked to her, after a while I could hear the sadness in her voice. She denied it, but I could tell she had been crying for weeks. I wished I could do something, but nothing in my reach could ever change any of this.

I lost all of the hopes I had in the world that day.

I thought I had become numb from all of the slaughter happening around me. I only wish I had.
Our daily routine has become more like a preparation for our deaths, trying to grab whatever we can and just run. Run to a safe place, run to nowhere.
I envy those who went to God’s mercy in the first couple of days. At least they haven’t seen their own mothers, fathers and children heartlessly murdered and blown to pieces.
There are no more words to say, only the pictures of dead and wounded can describe what is really happening.
Ahmad Zaqout is a Junior Reporter for Youth Journalism International.