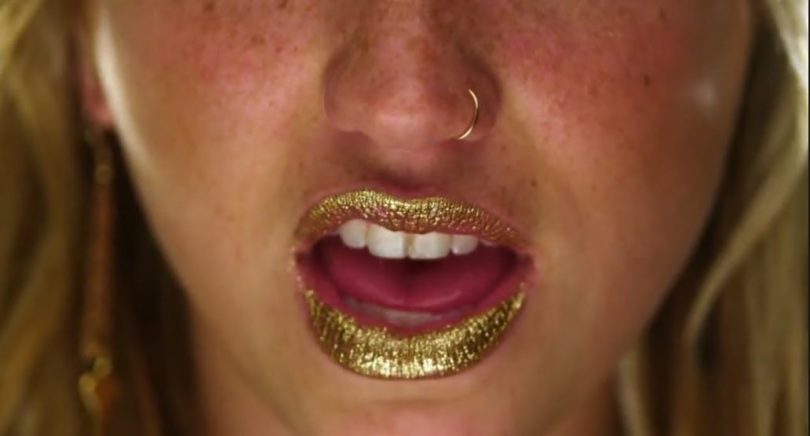 KNOXVILLE, Tenn., U.S.A. – Teens are constantly fighting a battle today to do and be the right thing.

But from music lyrics to explicit movie scenes, magazine headlines to dirty television advertisements, media constantly fills the young adults of 2010 with the wrong message.

As MTV would advise, just “live above the influence” but it is all too easy for teens to come across an advertisement luring its prey into the temptations of sex, drugs, and alcohol.

With just the flip of a switch, images of seductive Victoria Secret models flaunting nearly naked shimmering bodies in front of flashing cameras pop up, before it’s possible to change the channel.

Surfing through popular radio stations, the lyrics of America’s Top Ten artists serenade with promises of happiness, respect, and success.

Lyrics such as, “Excuse me miss but can I get you out your panties?” are part of the 3OH!3 song My First Kiss and in her song, Blah Blah Blah, Ke$ha sings, “’Cause I know you don’t care what my middle name is / I wanna be naked and you’re wasted.”

As if that weren’t enough, while waiting at the doctor’s office, pick up any magazine and most likely there will be headlines reading, “Wake Up Your Sex Life!”, “What to Eat to Lose Eight Pounds This Month!” and “Best. Sex. Ever.”

Add in the type of messages we constantly hear and see, and it’s no wonder why rates of pregnancy, eating disorders, divorce, drug use, and alcohol consumption are so high.

Encountering these media messages is inevitable.

In maintaining a normal life, one will most likely cross some nasty language and advice from just about anywhere: magazines and song lyrics; explicit movie scenes and advertisements; computer pop-ups and television shows.

It’s endless and it’s surprising how easily people are influenced.

There is a better way.

The way to keep class and decency in a crude and indecent world is to choose the right friends, steer clear of corrupt movies, resist adding songs marked “EXPLICIT” on the iPod, and maybe even get away by taking a technology break for a weekend or so.

Surround yourself with hard working people with honorable goals, and see what affect that can have on your own goal to be better.

Skipping out on another Glamour magazine and instead opting for an inspirational novel may excite one to do good and make a change.

Joining a club or organization devoted to a great cause will give you a reason to spend time away from the computer and TV for something better.

There’s more to the world than just what is shown on the television or heard on the radio. With some good friends, a little inspiration, and a driven character, the world and its media will not have to be the same again.

Cresonia Hsieh is a Junior Reporter for Youth Journalism International