HELLERTOWN, Pennsylvania – If you’re an incoming freshman, you’ve heard about high school for most of your life, with ‘cliques’ like the jocks, nerds, band geeks, cheerleaders, preps and Goths.
But is that actually what high school like? In most cases, it’s not. 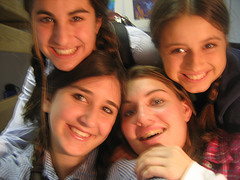 This is the story of my first year in high school, and I’ll tell you everything I know to survive it.
I had no clue what it was going to be like since I am the oldest of all of my siblings and cousins. It was also a new school, and a boarding school, too!
I had no one but myself. My parents, my friends from middle school and my siblings were not going to be there with me during high school. On top of all that, my family just moved to a new house in another state! Everything was completely new.
Preseason – a word that basically means running, sprints, and being under pressure. I packed up my bags to go to preseason last September and headed off to Blair Academy to start my new life of living alone.
I absolutely hated preseason! I wasn’t acting myself, and I hated the fact that I just, couldn’t.
It was hard to make friends when I was not myself. It was horrible. I was crying every night on the phone to my parents.
My mom kept telling me to talk to the prefects, who are there to help freshman with all of their problems. I didn’t for the first few days, though. I thought that if I talked to the prefects about my troubles, they would think I was some stupid freshman that was a crybaby.
One day, I was crying the most I had ever since the beginning of preseason, but then I smelled cookies in the hallway.
I told myself I should stop sitting here crying and see who was baking these cookies. So I followed my nose into the housemaster’s room where there were two prefects baking cookies.
I introduced myself and they did the same. We were all talking and laughing. Then, I don’t remember how or why, but I just started to cry.
I told the prefects everything that I was going through and how I wasn’t able to act myself. It felt so good to get my feelings out to them. 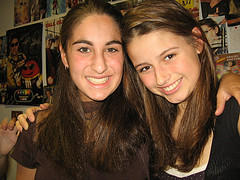 They then told me that they were the same way, and that everyone eventually “cracks their shell” and starts acting themselves. They also told me that it’s just preseason, and there will be a lot more people coming once it’s over.
I felt a million times better after talking to them, and I was also looking forward to meeting the rest of the freshman when they arrived on Sunday.
When they did come, I made a ton of friends and was acting myself and not someone who I was not. The prefects helped me get through preseason. Otherwise, I would have never made it.
So, freshmen, never keep your feelings bottled up inside. Talk to someone about it.
It’s good to get your feelings out to someone. And remember, it’s a new experience, and there will be awesome times, and some not-so-great times.
So be yourself. Don’t be someone you’re not just to get friends.
I played the saxophone in middle school and loved it, so I continued with it in high school. But I was afraid of what people would think of me for being in the band.
At my concert, though, all of my friends came to support me. And afterwards, they all came running to hug me and scream, “Kathryn! You were amazing!”
My friends are also not the “sporty” type, but I am. So I was also afraid that I would miss out on what my friends were doing since I was always busy playing sports.
But at all of my home games, my friends were always there cheering me on screaming, “Yeah KitKat! Wooo!”
So if you love to do something, don’t stop doing it because of what other people will think of you.
You should continue what you love to do. If your friends think you are a loser doing what you love, then maybe they aren’t your friends. They should support what you do.
Enjoy high school and get the most out of it. Don’t let people stop what you love to do.

Kathryn Middleton is a Reporter for Youth Journalism International.