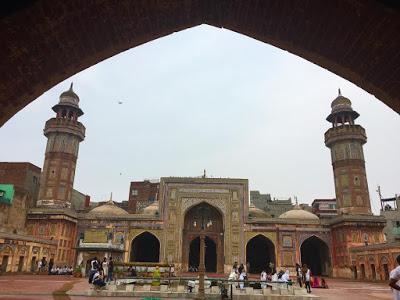 The view from the entrance of Wazir Khan Mosque in Lahore, Pakistan. (Hafsa Ahmed/ YJI)
LAHORE, Pakistan – In a time of irrefutable religious strife and conspicuous persecution of the religious minorities of Pakistan, the Better Understanding for a Better World conference came as a breath of fresh air.

An inter-faith conference originally established for American high school students and exchange students in America, Better Understanding for a Better World is spreading its roots in Pakistan for the first time.
I participated as a delegate at this three-day conference in Lahore in July. It was held in partnership with Seeds of Peace Pakistan. The Pakistan-U.S. Alumni
Network sponsored it and the Seeds of Peace students who had previously attended similar conferences and camps in the States organized it.
The conference saw these “seeds” draw heavily on their own experience to guide Better Understanding’s Pakistan’s participants and make this an enriching experience.
Participants consisted of three main delegations: Muslims, Christians and Hindus. 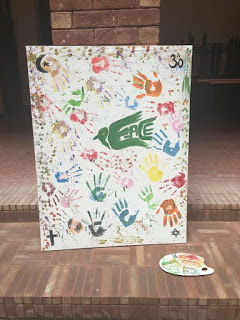 During an art activity, participants at the conference created this painted canvas. (Hafsa Ahmed / YJI)

Hindus who took part traveled all the way from the province of Sindh, which boasts the highest number of Hindus currently living in Pakistan.

Throughout the course of the three days, students from these delegations took part in two types of sessions: dialogue and counseling. The aim of both was to foster a sense of harmony and equality, as well as to build close ties between people who, under different circumstances, would never even get the opportunity to talk to each other.
We may twist and sugarcoat reality as we see fit, but the fact of the matter is that a large percentage of Pakistani youth have never had any personal interaction with the religious minorities of their country.
The Muslim majority’s dependence on the media and religious clerics for explanations regarding minority issues is scary – neither one is without its bias.
Having one-on-one discussions with fellow Hindu and Christian countrymen provided a novel alternative to the norm.
“I feel like I am a threat to myself,” admitted Jai Kohli, a resident of Tharparkar, Sindh. Speaking in Urdu, he went on to divulge the details of his daily life in a community deeply entrenched with open biases against the Hindu minority, where their maltreatment runs rampant, unabated.
“When I was a child, I remember that our school’s water cooler often broke down,” Kohli said. “There was a madrassa nearby with water available. Hindus weren’t allowed inside, so my Muslim friends, a mere handful, would call me by a Muslim name so that I could accompany them and quench my thirst. One day I would be an Ahmed, another an Ali.” 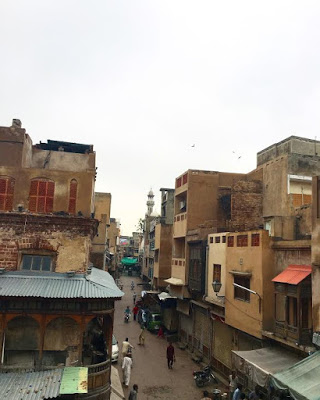 A view of old Lahore, as seen from the rooftop of the Shahi Hamam, the Royal Bathhouse of the old Mughal royal family. (Hafsa Ahmed / YJI)

Another Sindhi participant who addressed the gathering in Urdu, Meeran Bai, said, “Where I come from, Muslim and Hindu students aren’t even allowed to drink from the same glass.”

As the discussion progressed, members of the Sindhi Hindu community revealed that they faced far worse tribulations than these – some of their grievances included desecration of their temples, forced occupation of their land and kidnapping and involuntary conversion of their women.

Similarly, the Christian delegates talked about the problems that their community faced, especially as a result of the misuse of the Toheen-e-Risalat Act, also known as the Blasphemy Law in Pakistan.
The Muslims discussed global stereotypes regarding Islam and its misguided association with terrorism as a consequence of current events. The dialogue sessions concluded with the delegates’ proposals on how to confront the issue at hand and promote peace between the country’s various religious factions.
A key component of Better Understanding’s Pakistan conference was the counseling sessions – group activities designed not only to offer a change of pace in the conference proceedings, but also to cultivate creativity, teamwork and trust between people of different backgrounds. 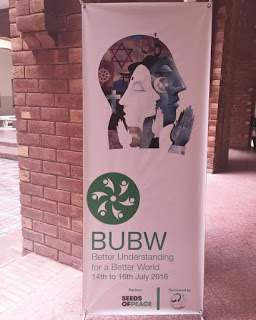 Delegates were also taken on a walking tour of the walled city of Lahore to visit sites of religious, historic and cultural significance.

The three-day event concluded with a talent show where participants gave laudable performances, many of them folk dances and ethnic songs. The show proved a testament to just how strongly they had bonded with each other in such a short period of time.
“I think that we as a people (of Pakistan) should be recognized by our compassion and empathy,” said Abdul Moeed Asad.
Asad, a 19-year old student, was the event head of Better Understand for a Better World – Pakistan 2016 and an alumni of Better Understanding’s 2014 conference in Baltimore.

Asad said his inspiration behind introducing Better Understanding in Pakistan was the fact that such events bring with them a wealth of culture wherever they occur.

He’s right. As a country, Pakistan has long struggled with the issue of religious disparity and bias. Seemingly progressive legislations for the protection of minorities do exist, but only on paper, and are essentially ineffectual.
If we are to advance successfully in this world, we need to promote a culture of inclusivity and kinship, rather than one of isolation and intolerance.
Conferences like Better Understanding are a step forward in that direction.
Noman Butt, a participant from Lahore, summed it up eloquently.
“Change doesn’t take place overnight – it takes entire generations to herald in positive change.”

Having observed the proceedings of its inaugural session in Pakistan, I am hopeful that Better Understanding for a Better World will return next year with greater religious diversity and significant reach outside the city of Lahore.

Hafsa Ahmed is a Reporter for Youth Journalism International.

***
Your tax-deductible contribution helps students (of all faiths)
supported by YJI, an educational, non-profit organization.
Thank you for your generosity.
HelpYJI.org 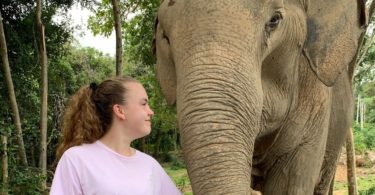 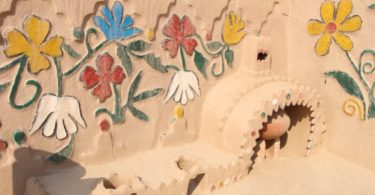