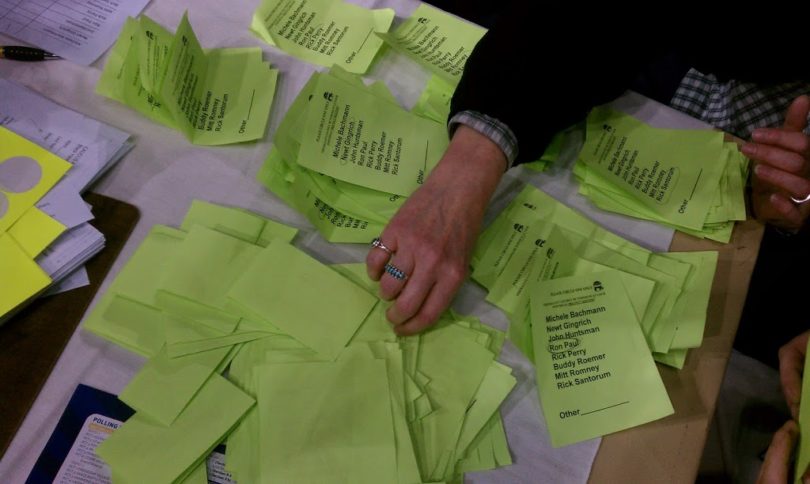 CEDAR FALLS, Iowa, U.S.A. — The largest caucus in Iowa is actually a multitude of caucuses.

The Black Hawk County Caucuses are all being held in the University of Northern Iowa Dome, commonly called the UNI-Dome, and there are dozens of precinct meetings, where local party leaders are elected and ordinary Republicans speak in support of their candidate of choice.
Afterward, they cast their ballots.
The principal problem with what’s going on is that it’s hard to hear what’s being said.
Voices from all the meetings intermingle, and the soft-spoken chairman of Waterloo’s Ward 1 Precinct 6, Dick Poppy, is inaudible, his voice lost in the noise of the crowd. Poppy said it was his first time doing the job.

Most of the people in attendance don’t seem to care what he said, though. They’re just here to cast their vote for their candidate of choice.
Kiernan Majerus-Collins is a Senior Reporter at Youth Journalism International. 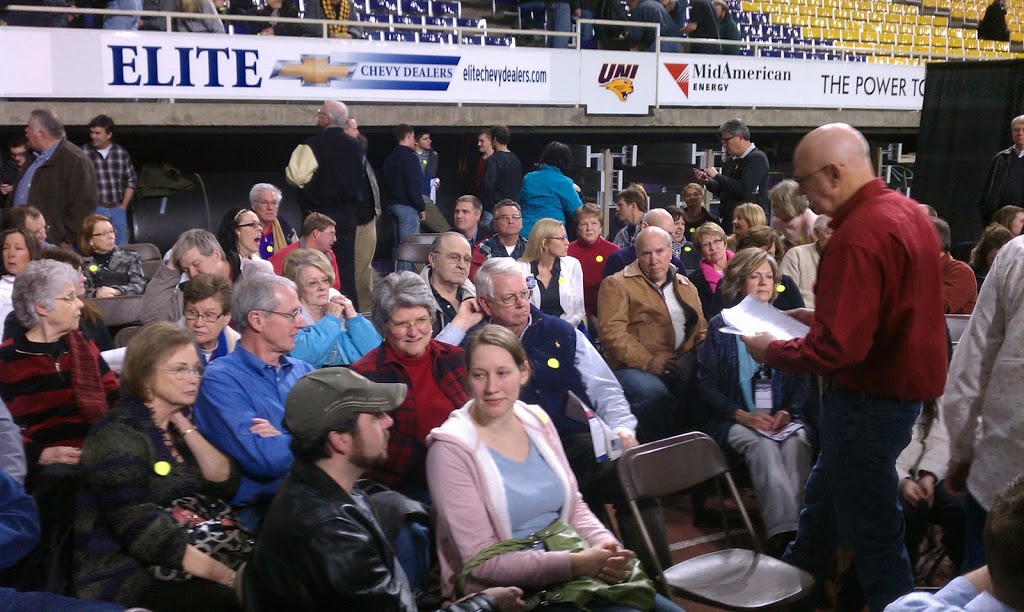