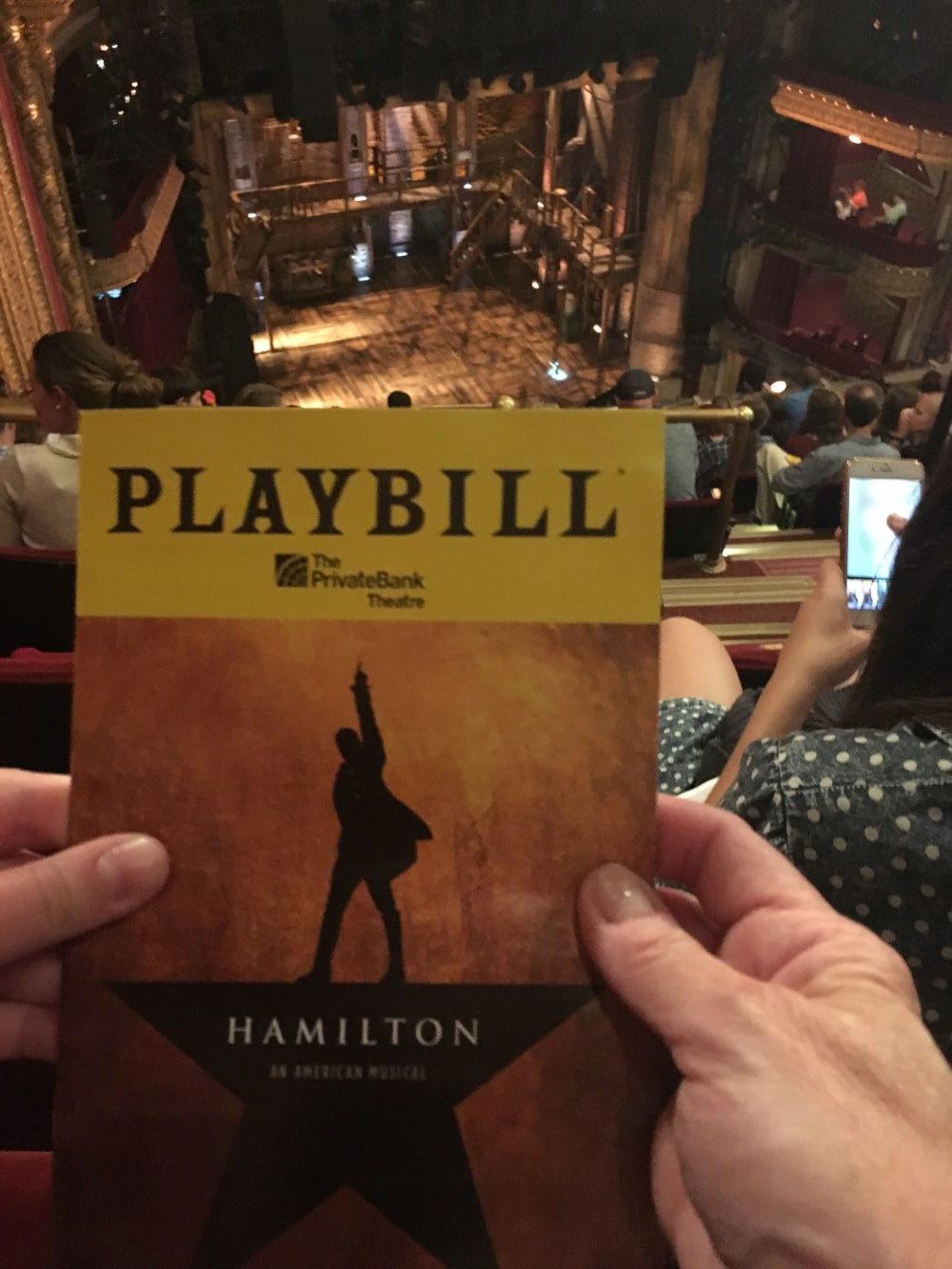 The playbill from a performance of “Hamilton” in Chicago. (Norah Springborn/YJI)

Pekin, Illinois, U.S.A. – The world has been patiently waiting for it – a movie made from the recording of the original Broadway cast of Lin-Manuel Miranda’s Hamilton – and tomorrow, the wait is over.

Beginning July 3, the movie will stream on the Disney+ platform, giving everyone with a subscription the opportunity to see the world-renowned and wildly popular show.

Hamilton, which debuted on Broadway in 2015, has a lot to offer: the upbeat rap music, the love story, the eventful suspense, and the journey back in time for all history buffs out there.

Although the musical score has been accessible for all, seeing the real show required a golden Broadway ticket. That, however, did not stop the fandom, and still today many people can recognize a tune from the show.

Every student can agree that some hint of Alexander Hamilton has come across in a history class at school.

For me, as a fan of big, bold Broadway, I cannot wait to connect with the show on a face-to-face level.

Think about it. For all those people who had the opportunity to see Hamilton with their golden Broadway tickets, their seats probably were not the best. They might have missed some important emotions or body language.

Just watching the words and passion from an actor creates the human connection that makes movies what they are. It’s the raw emotion that wins the hearts of all and earns the actor an award.

This musical has become a new source of teaching people. Before Hamilton came out on Broadway, many people – including me – hadn’t even heard of Alexander Hamilton.

Other than the fact that he is on the $10 American bill, few knew the importance he had in the world.

A downside of the launch of the Hamilton movie would be for all the people who do not have Disney+. There’s no denying the fact that Disney+ will gain a ton of new subscribers just to witness Hamilton.

Is Disney+ releasing it for more than just the fandom? How fitting that Hamilton will be released on July 3rd, a day before America’s Independence Day.

But Hamilton’s appeal goes beyond borders, so although it celebrates a man who was a Founding Father of our independence, the movie makes it easier to share his story with the world.

If one man can have a whole Broadway show dedicated to his life, then everyone should be able to feel attached to it, American or not.

We need a little light in our current darkness, so when Hamilton is released tomorrow, I’ll be singing along with you through it all.

“There’s a million things I haven’t done, but just you wait… ALEXANDER HAMILTON.”

Norah Springborn is a Junior Reporter with Youth Journalism International.