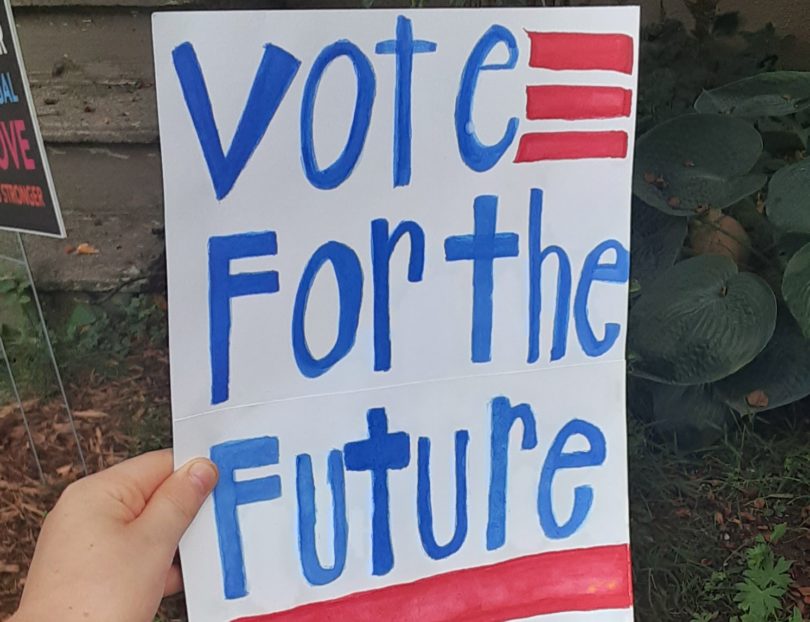 The number of young people going to the polls more than doubled between 2014 and 2018, with 28% of eligible voters between the ages of 18 and 29 participating in the 2018 elections, according to Tufts University research.

Many young people turned out because they were angry about President Donald Trump’s election, as well as the Parkland, Fla., high school shooting, according to Tufts.

But still, younger Americans vote at less than half the rate of older populations, according to data collected by the United States Election Project. They often don’t know how to register to vote or find a polling booth.

“It is not that they don’t care, it is often that young people have access issues,” said Peter de Guzman, the research program coordinator at the Center for Information and Research on Civic Learning and Engagement at Tufts University.

The Center, a nonpartisan organization, seeks to collect research on youth voting participation and use that data to enable youth to vote easier and without barriers.

Many young people don’t know who can vote or how, and college students are often not allowed to vote by mail from their dorm rooms. Sometimes, polling times are during school hours, posing another challenge.

There is a wide gap, by 51 points in midterm elections and 22 points in presidential elections, between the percentage of those aged 18 to 29 who are registered to vote and those who actually submit ballots, according to data from The Center for Information and Research on Civic Learning & Engagement. The main reason given for not voting by registered voters is a busy schedule, the Center said.

Candidates are also losing thousands of votes and creating a self-fulfilling pattern by discouraging interest in voting, de Guzman said.

Increasing youth turnout can be a political strategy.

Some politicians, like U.S. Sen.  Bernie Sanders of Vermont – who twice campaigned to be the Democratic nominee for president but fell short each time and is now supporting Joe Biden’s run for the office – appealed to the youth vote by engaging with youth-led groups, such as the youth-activist group Sunrise.

Some Republicans want to discourage young people from voting, worrying that they will vote primarily Democratic in elections, de Guzman said. But many young people vote Republican, according to recent data by the Center, showing that one-third of young voters chose a Republican in Congressional races in 2018.

De Guzman said the myth of all millennials as blue voters can negatively affect both candidates and voters.

And if candidates want to capture the youth vote, they have to campaign in new ways. Younger people live on social media platforms such as Tik Tok and Instagram, so candidates will have to reach beyond cable news and print newspapers.

The campaign of Julian Castro, who unsuccessfully sought the Democratic nomination for president this year, posted videos on Tik Tok. Instead of the typical, longer campaign video, Castro’s campaign showed  a nine-second clip of frolicking puppies to promote Castro’s new animal protection program.

Castro’s Tik Tok account was full of videos of his young interns celebrating Castro, seeking to capture the young vote by actively entering a digital space where other grown-ups feared to tread.

If mobilized, the youth vote could play a large part in elections and can make or break a candidacy.