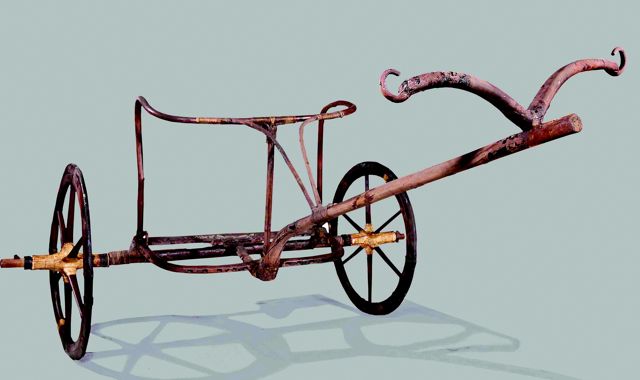 NEW YORK CITY – Walking into a dim room with a few TV screens, I felt my fingers tingle with anticipation.
A voice soon spoke and a video began. The images on the screen showed antiquated artifacts that still shimmered as if they were made yesterday.
This brief video set a precedent for the King Tut exhibit at the Discovery Times Square Exposition. 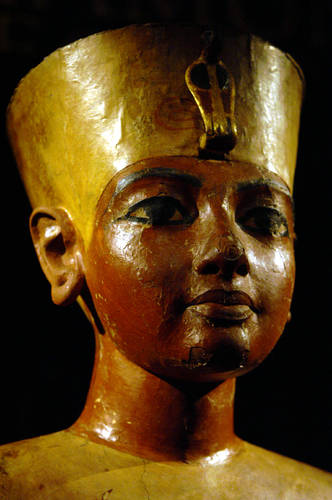 Everything, from the colossal statues to the tiny carvings of hieroglyphics, symbolized a vast empire that one couldn’t possibly fathom.
However, the exhibit made it possible for people to view 130 objects from the reign of various pharaohs firsthand, making the concept of life in ancient Egypt more personal than anything nearly anyone had ever experienced.
What struck me the most was the impeccable preservation of each relic. Even the wooden figurines were intact after over 3,000 years.
Perhaps the ancient details in sculptures, tombs and more created the aura of majesty throughout the entire exhibit.
In particular, the body statue of King Tut leapt out from the rest of the artifacts. It stood alone a room and practically glowed with a brilliance that entranced every spectator. The observers, including me, fell completely silent in its presence.
This awe was reflected to varying degrees for viewers in front of every single historical object.
The intricately carved golden boxes, the breathtaking gilded coffins covered with divine imagery, the elaborate wooden model ships and the rest were true works of art, masterpieces of King Tut’s reign and beyond.
Written on one of the walls of the exhibit was this: “Tutankhamun – the restorer of traditional beliefs, a mysterious death, a lost tomb, an incredible discovery.”
The discovery of Tut’s tomb was an unearthing of an unbelievable magnum opus that is available to the public in New York through January 17.
Seize the opportunity to see this exhibit and experience the majesty of Tutankhamun, the “Boy King.”

Alma Macbride is a Junior Reporter for Youth Journalism International. 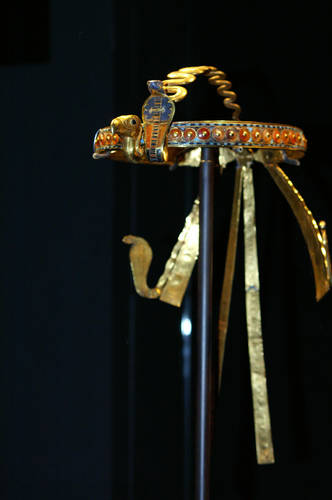