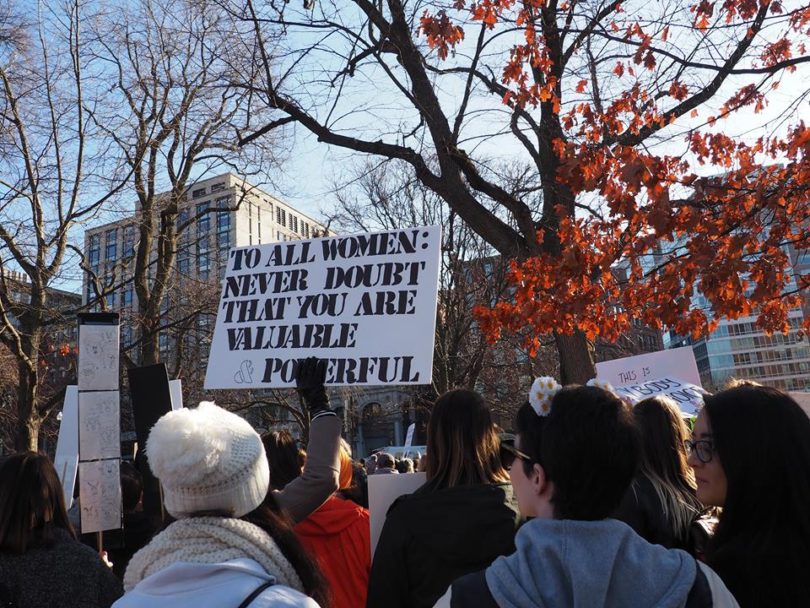 A week ago, I watched a video of celebrities like Oprah Winfrey and Will Ferrell canvassing for Stacey Abrams in support of her campaign to become the governor of Georgia.

As a woman of color and former political intern, I know the hardships of a canvasser first hand. Knocking on a stranger’s door to convince them of a candidate’s competency at the risk of disinterest, uncomfortable interactions, and in extreme cases – legal intervention – takes a lot of grit, endurance, and genuine belief, even for a brief photo-op.

That being said, it was incredibly empowering and unusual to observe nationwide high-profile support for Abrams, a black woman running in a historically red state. If elected, she will become the first African American female governor in the history of this nation.

Regardless of Abrams’ success, the 2018 midterm election cycle has seen an unprecedented wave of female candidates, and it goes to prove that many women have channeled their anger into a collective rally against the glass ceiling.

Last year, I joined 175,000 Bostonians to rally against not just the current administration, but to remedy my overwhelming sense of desperation and helplessness.

I felt that as a teenager, woman of color and non-citizen, I virtually had no voice.

Over time, I realized that this is how many other women have always felt, even in the absence of a tense political environment.

In a way, the 2016 election had been an awakening of awareness of my own privilege, discrimination, and passion for political and social equality. Since then, I have learned that I was not alone in this self-discovery – many teenagers like me have become more politically vocal, taking to social media, journalistic outlets, and the streets to support causes that matter.

Today, 260 women are running for a seat in the U.S. Congress, and 84 of them are women of color, according to The New York Times.

The number of female candidates is historic, and demonstrates how women have managed to turn their despair into palpable hope.

This is not just the culmination of recent social movements like #MeToo. It might signal an ideological and perceptual shift to a more inclusive and democratic political culture where every vote matters.

In an era where our generation has already lost so much – from repeals of environmental regulations to confirmation of Supreme Court Justice Brett Kavanaugh – this midterm election is a gleaming reminder of the biggest power that we possess.

The result of today’s election and younger voter turnout should not necessarily be seen as accounts in wins or losses. Rather, it is a glimpse of a possible future of American society, what it could look like for women in politics, and what we can become.

It is critical for teens to vote today. Through every ballot, we can sway decisions that impact our lives on a local, state, and national level.

More importantly, as the upcoming generation, our voice can really matter. It is in our collective agency – and responsibility – to bring forth the change we seek.