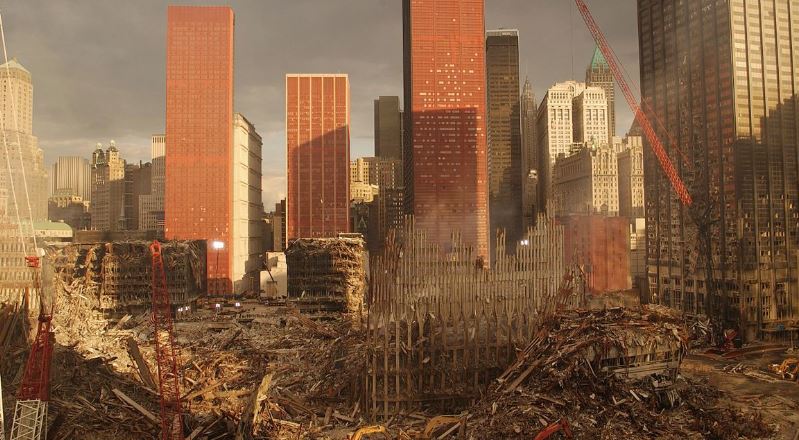 Thoughts about Sept. 11, 2001 collected by Youth Journalism International students in interviews and in some cases, offered in personal essays by the YJI students themselves:
There was a stiffness in the air.  It was a day without smiles. – Kiara Christensen, American high school student living in Saudi Arabia
—
I was in my first year at university. One of my friends often read the news from CNN so the morning after that (when the event took place, it was night in Viet Nam due to time zones), she told me about it. My very first reaction was kinda naïve. I was like, “How come?” because at that time, I believed the U.S. is a big and powerful country and it could not be attacked just like that. And you know, there was no sign of it. Actually, I have never thought of terrorism before that. To be exact, the term “terrorism” had not been popularized before September 11.  Now it is prevalent.
I don’t think Viet Nam received much of an impact because until now, the concept of “terrorism” is still foreign to us. But for those superpowers, in EU for example, there will be attacks. — Hoa
Trinh, 27, an English teacher from Ha Noi, Viet Nam
—
I was watching how the reporters worked near the towers, risking with their lives, giving us information about what was happening. Maybe on that day I decided to become a journalist. – Narine Daneghyan, college student and YJI reporter in Yerevan, Armenia
—
The way that everyone came together after the attack was simply amazing. People helped one another in any way they could, no questions asked, no second thoughts. People realized after 9/11 that anyone can be a hero by helping those in need. – Mariah Pulver, college student and YJI reporter in Fort Worth, Texas
—
His eyes met the body of man jumping off of the 80th floor. Not knowing exactly what to do, the father and son sat and watched the building continue to burn, witnessing the deaths of many people escaping a fiery end by instead jumping to their fate. “It was like every minute people were jumping, one after another.”  – From an account told by Thomas Panevino, a college student in Florida who was a Manhattan seventh grader on 9/11
—
The twin towers have fallen, but not my faith in a better world. May God bless the souls of the innocent dead. As a Muslim I believe they are all in heaven now as martyrs. — Jessica Elsayed, Egyptian college student in Ohio
—
You don’t want to wake up a sleeping giant. Under Clinton, no invasions by U.S., only airstrikes. After September 11, two invasions under the name of “revenge.” The main impact, as everybody knows, is the segregation of the Muslim community in the US. — Giang Nguyen, 17-year-old high school student from Ha Noi, Viet Nam
—
Even with the naïveté of seven-year-olds, we could understand that the severity of the events were great enough that it would change not only America, but the world, forever. – Evan Pogue, American high school student and YJI reporter living in Saudi Arabia
—
There really aren’t any words to describe how shocking it was. There still aren’t. – Maurice Murdock, an advertiser working in New York City
—
It wasn’t until one of our teachers shared an essay from a former student – a boy who had lived in Manhattan and survived the attack on New York – that the lesson of 9/11 sunk in. – Cresonia Hsieh, high school student and YJI reporter in Florida
—
When I look at 9/11, I try to think of all those individuals. All the people they met and touched, all the lives they affected and the individuals they loved and cared for – husbands, wives, sons and daughters.  – Adam Kelly, high school student and YJI reporter in Torbay, England
—
No true Muslim or Arab, or any decent human being for that matter, would defend what happened that day. If the attacks were orchestrated and conducted by extremists, then there is no reason to punish an entire population or ethnic group for it… It is time to put those differences aside, open our eyes to the truth and pray for all the lost souls and victims of 9/11, whatever their ethnicity, their color, their religion, their beliefs or their sex. – Lama Tawakkol, high school student and YJI reporter in Cairo, Egypt
—
My heart froze as I realized that some of the tiny dots on the television screens were actually people jumping to their deaths. Normal people like my parents who had just gone to work that morning, expecting a normal day. This was not a movie. – Caroline Nelissen, college student and YJI reporter in Amsterdam, The Netherlands
YJI reporters who contributed to this collection but are not named above are Emma Bally in Brooklyn, New York and Thuy Le in Ha Noi, Vietnam