ALEXANDRIA, Egypt – Millions of Egyptians out there in the streets, standing firm and showing more determination than ever to achieve what they started this revolution for in the first place
As part of the crowd of protesters in the Sidi Gaber neighborhood, I couldn’t have felt more honored to walk among the people.
Protests just keep getting more crowded every day because people want to make a change.
They cheered, sang and repeatedly chanted, “We won’t leave unless he leaves,” referring to their determination to force President Mohamed Morsi to depart.
Everyone is finally speaking up, no matter their age. Even little kids are holding flags and waving them up high.
I could see the hopeful smiles on their faces showing confidence that eventually things will go the way they hope. 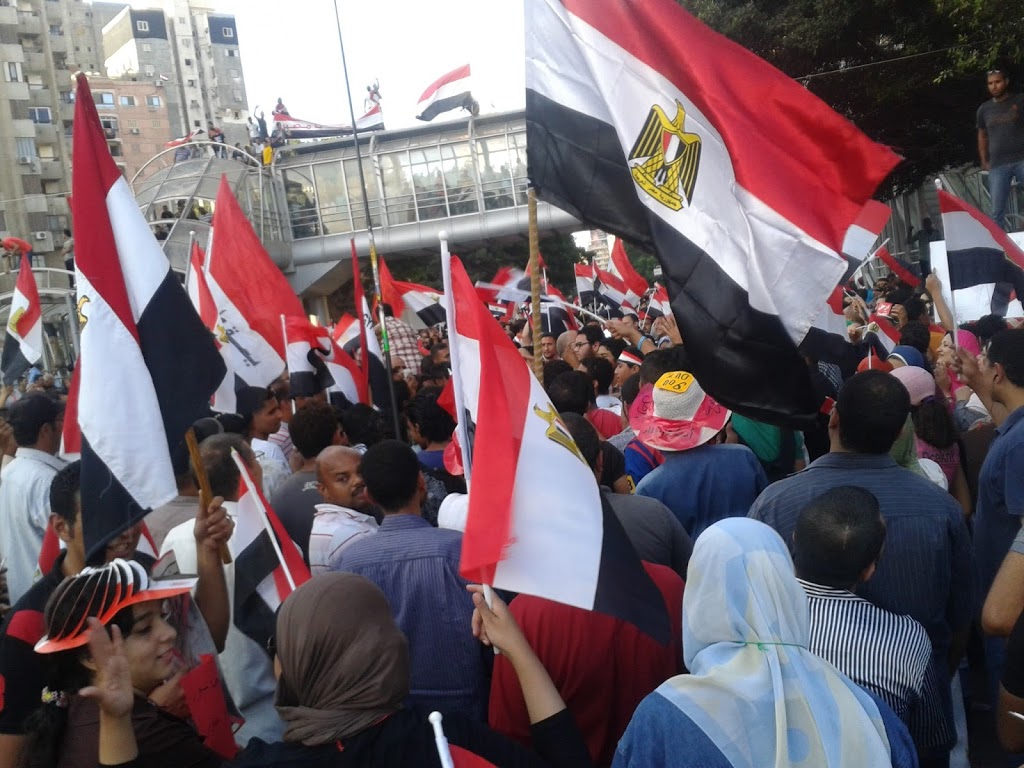 Every now and then, a military plane passed overhead, taken by the crowd as an indication that the armed forces will protect them. It excited the crowd every time.
We are all one and we all want the same thing.
People felt frustrated by Morsi’s disappointing speech that made clear he doesn’t plan to quit. He also acted like it’s not obvious to him what the people truly desire: for him to leave and allow early presidential elections to pick a successor.
As the deadline for action set by military leaders draws near, things will be even more fired up. More people will take to the streets.
We just hope that the atmosphere will remain as safe and peaceful as it has been the past three days.
The deadline set by the military is 4 p.m. today, Egyptian time. People are anxious to hear what the military will announce at that point.

Dina El Halawany, a Reporter for Youth Journalism International in Egypt, took these photographs in Alexandria this week.